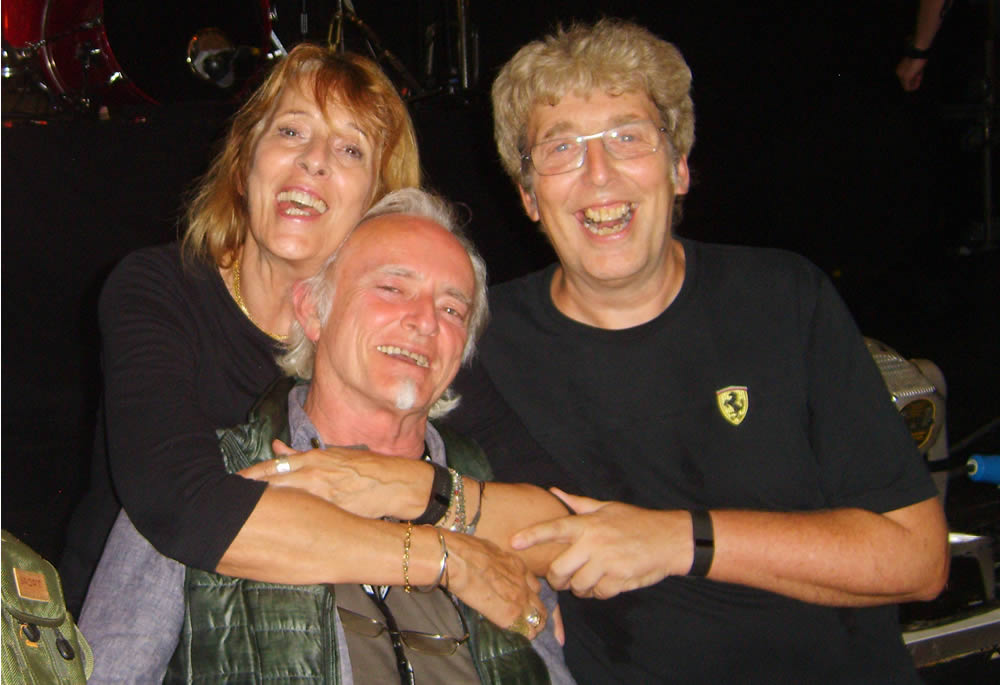 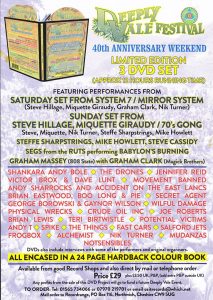 Curator and producer Chris Hewitt has put together a lavish 3 DVD set featuring all the bands that played the anniversary weekend. The DVDs are housed in a hardback booklet featuring biogs of all the artists along with photographs.

The original Deeply Vale festival held near Bury took place in 1976 to an audience of just 300 people. It developed into a 20,000 audience event held annually until 1981, and is credited with uniting punk music with the festival scene.

The first DVD opens with an introduction by Bob Harris to Jimmy Hendrix’s Star Spangled Banner followed by a welcome from Chris Hewitt. The 2016 Festival was held between 17-18th September 2016 and the DVDs cover recordings from all the bands who played at the historic event. 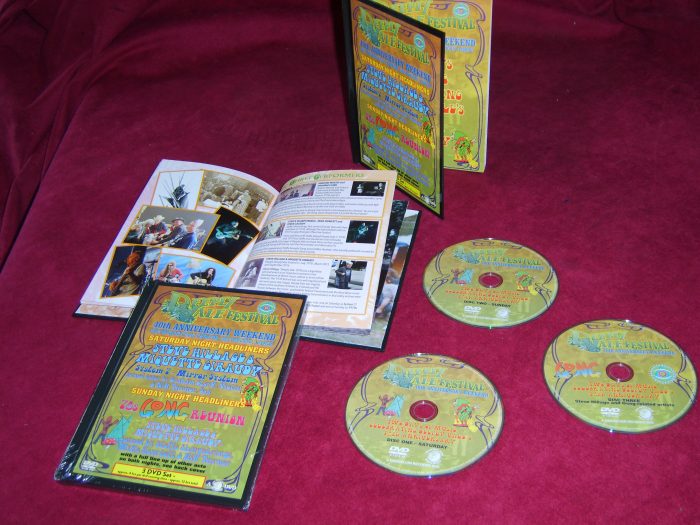 Disc one’s highlights Saturday’s ‘other artists’ (I’m guessing they mean ‘apart from Gong’!) and includes performances from Crude Oil Inc through to Wilful Damage. It’s notable for a storming performance from Manchester’s The Drones and Victor Brox with Dave Lunt singing his own brand of skewed blues, featuring sax from Hawkwind legend Nik Turner. George Borowski with Gaynor Wilson and Secret Agent also put in memorable performances. The disc is interspersed with short interviews with the performers reminiscing about their days appearing at the festival. 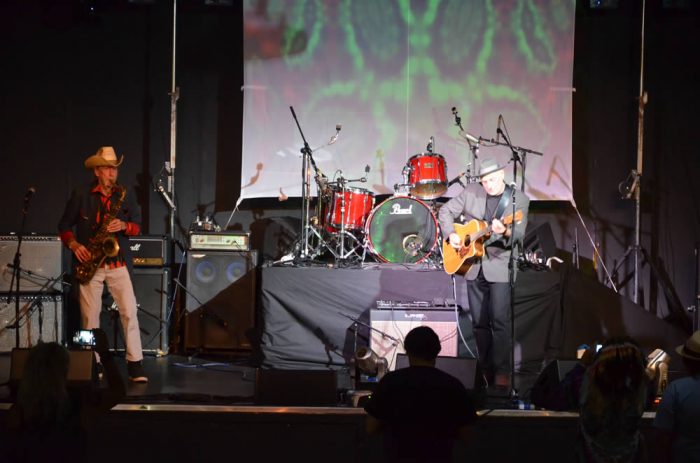 The original Deeply Vale festival was noted for its performances by psychedelic pot head pixies Gong whose frontman Daevid Allen sadly passed away in 2015. Their music makes a welcome return to the festival. Ex Gong guitarist Steve Hillage appears in two of his own line-ups over the two days, one solo and as System 7. He finally lends his amazing guitar work to the surviving members of Gong themselves including Miquette Giraudy, Mike Howlett and Steffe Sharpstrings. 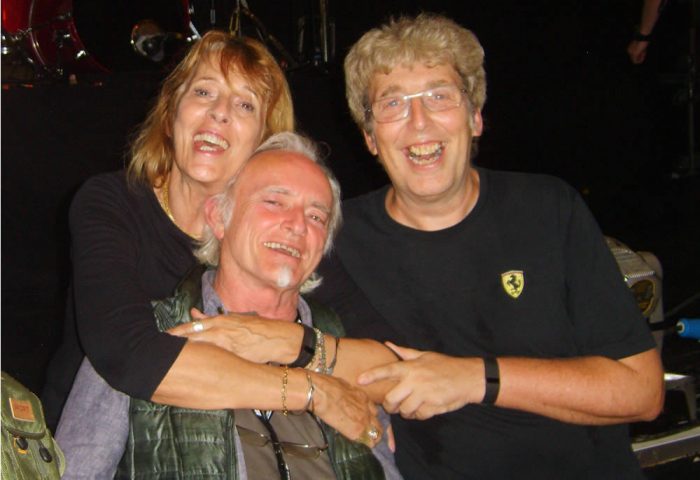 The last time I saw Gong was at their 25th anniversary at London’s forum in 1994 so seeing this performance was special for me even without Allen. If you look carefully you will see Hillage’s legendary glissando guitar lifted from Daevid Allen and as hearsay would have it, was taught to him by Syd Barrett!
The Gong music here is very much souped up with a heavy dance beat although there is a rather splendid Master Builder from third Radio Gnome trilogy album You with Nik Turner filling in on sax.

There are nearly 12 hours of music spread across these DVDs and at just 32.50 Including Postage.

The set can be bought by Paypal from Chris Hewitt directly – ozitrecords@which.net with all proceeds towards future events. Ozit Records are on Twitter and Chris Hewitt is on Facebook

All words by Nigel Carr© More writing by Nigel on Louder Than War can be found at his Author’s archive. You can find Nigel on Twitter and Facebook and his own Website Photos by Chris Hewitt.