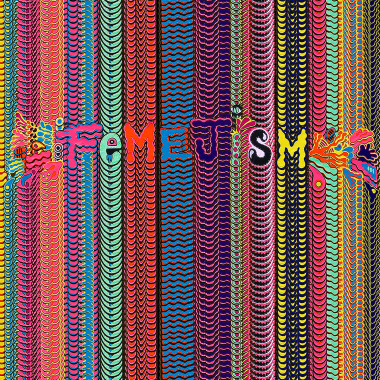 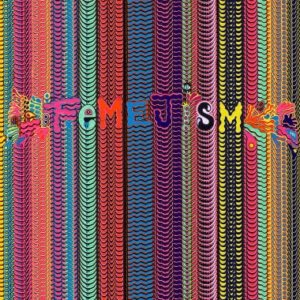 “Everyone is a fucking critic,” blasts Lindsey Troy on Deep Vally’s long-awaited sophomore record. She might be right, but those critics will surely be praising this beautiful monster of a record. Sam Lambeth surely is.

It’s hard to look past the title, of course. It’s striking, both a puerile play-on-words (the kind Stifler would spout when faced with watching Gilmore Girls) and a regimented attack on the commercial circle-jerking of the male-heavy music industry. That title, and the line “yes I am a feminist / but that’s not why I started doing this”, are key indicators for Deep Vally’s second record – feminism isn’t an agenda, it’s an ethos, an unconscious, natural way of being rather than something that is forced and flaunted. On Femejism, Troy and Julie Edwards plough through proceedings with fresh gusto.

‘Smile More’ is perhaps the album’s standout track for both its content and its sludgy but meaty melodies, as Troy defiantly coos: “I’m not ashamed of my mental state / I’m not ashamed of my body weight”, reproducing the kind of affirmative answers Liz Phair would snarl back in the mid-90s. That particular period rears its way significantly throughout Femejism, from the metallic blast of ‘Little Baby Beauty Queen’, which curtails into a Hole-esque slab of fiery fury, to the more plaintive, Sebadoh-style lo-fi of ‘Critic’.

What’s refreshing is that while Deep Vally haven’t toyed too much with their winning formula, the one that elevated their 2013 debut Sistrionix into the alternative rock stratosphere, they duo have displayed a rough bombast that elevates the likes of ‘Turn It Off’ and ‘Grunge Bond’ into more polished, but no less powerful, territory. They also show a winning knack for trying new styles, too, particularly in the idiosyncratic, Sleater-Kinney-style bubblegum thrash of ‘Julian’ and the math rock, disco-tinged ‘Post Funk’.

Throughout Femejism, you can sense the raw rage, the deadpan retorts and the will for change. In 2016, while the issue of feminism continues to be thorny, Femejism provides a refreshing riposte to fustian attitudes.