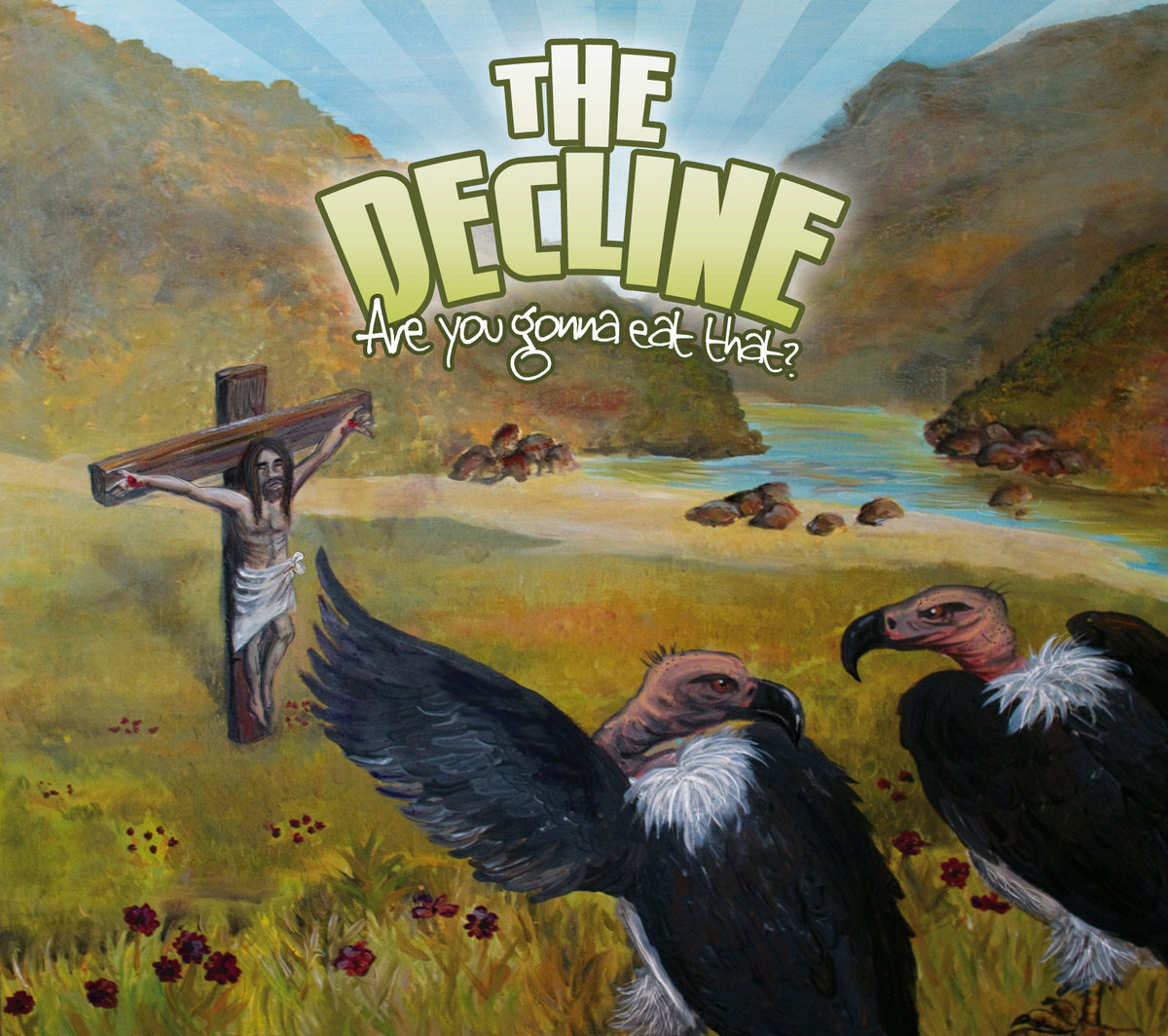 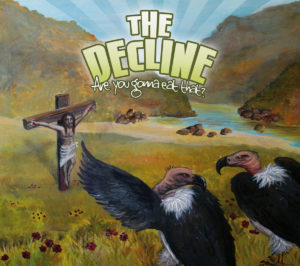 The Decline – Are You Gonna Eat That? (Pee Records)

Aussie skate-punks blow the dust of their second album for a limited vinyl reissues. Louder Than War’s Dave Beech reviews.

Reissuing old material can go one of two ways. It can introduce a band’s material to a new generation, while shedding light on rarities and demo tracks. It can also mean long time fans and collectors shelling once again for the songs they’ve heard a hundred times before, albeit this time with worse production, or even better yet, unfinished; just ask any Nirvana or Beatles fan.

Fortunately for Perth skate-punks The Decline, reissuing 2011’s Are You Gonna Eat That? will hardly see them laughing all the way to the bank. As such, the only cynicism surrounding the release is that of the snarling punk variety, entrenched in the record’s lyrics.

If like me you joined the party with last year’s Resister, Are You Gonna Eat That? in comparison harbours an urgency only touched on there; the blistering Crash Course in Emotional English setting a pace that doesn’t relent until the record’s conclusion.

Much like an Aussie Bad Religion, the record’s predominantly built around a thunderous rhythm section and traditional pop-punk vocal melodies – a format the band rarely deviate from. That said, when they do, it feels trite and somewhat forced; the acoustic balladry of penultimate track 2006 straying dangerously close to Good Charlotte territory. If it aint broke…

Luckily, The Decline are very good at what they do. And for the most part Are You Gonna Eat That? possesses a rich social and personal awareness that sets the record apart from even those bands who’ve clearly influenced it. Tracks such as Worlds Apart II or $hit Yeah especially burn with a conviction that seems sadly lacking in much of today’s punk records.

As such, Are You Gonna Eat That? is a record that will feel largely familiar to fans of the genre in general, but still holds up five years later and is well worth checking out if you know your Bad Religion from your Bouncing Souls.