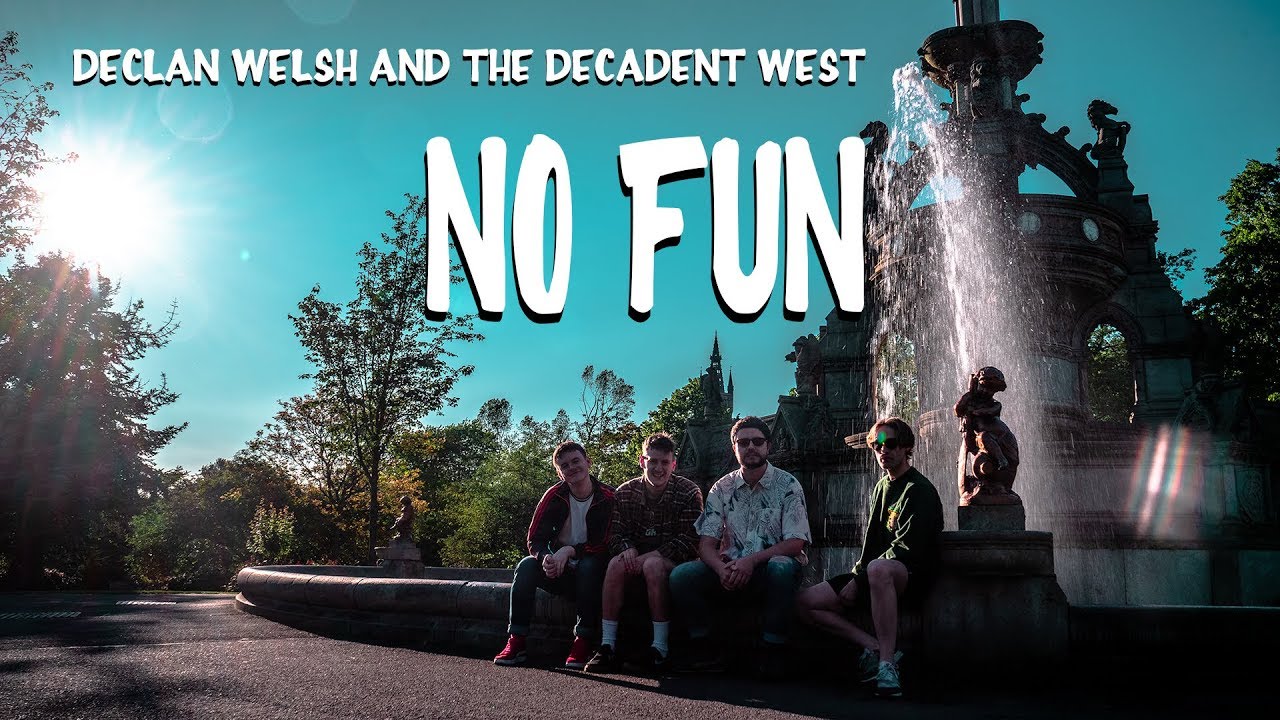 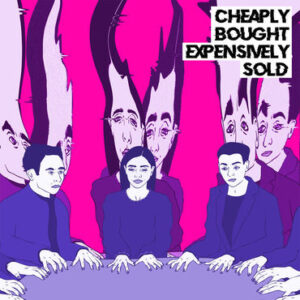 With a well-attended recent tour and a debut release now firmly under their belts, Declan Welsh & The Decadent West must be resting a little easier. Their first tour away from their Scottish homeland sometimes didn’t pull in the crowds it should have. This time things were different, and the fans turned out aplenty. With a surprise interview for Declan with Channel 4 News about his voting intentions in the forthcoming general election, things are certainly happening for the band. Cheaply Bought Expensively Sold is proof of that.

The first track No Fun is a whirlwind of a song, with driving rhythms and great catchy lyrics. With an acceptably tongue-in-cheek video brought out recently (see below), this is a great start to the album and speaks of the quality its content from the first.

Absurd begins with choppy guitar chords and is a more lyrical affair. It really showcases how good Declan Welsh’s voice is. This is a stand out track; sophisticated indie pop of an extremely high standard.

How Does Your Love has an understated funk feel. Another slice of extremely great indie. The high-pitched chorus really makes the song into something special, hitting the listener with a rush of sound followed by sparser, staccato guitars.

Next we have Turn Me On, a slower song with a more laid-back feel. Declan Welsh & The Decadent West do this beautifully produced indie pop to absolute perfection.

New Me And You is faster; a pulse-quickening song. The lyrics are very good, a memoir to lost love. One to bring the pit to a frenzy.

Continuing with Do what You Want Cheaply Bought Expensively Sold is already a winner. The second half of the album is no less accomplished. This track continues the softer feel. The subject matter is perhaps controversial. It is a great track about sexual inclinations and how, maybe, we should let people be what they are. The feel is suitably sensual and another stand out track on the album.

Different Strokes is dedicated to the friends Declan Welsh met on a trip to Palestine. As he states on the album cover ‘Existence is Resistance’. The track explores the lives lived fighting annihilation. Musically, this is another great indie offering with a catchy chorus as well as an important message.

The slower People Let You Down tells the life truth that ‘People Fuck You Up.’ As the music kicks in the tempo rises, then falls back, Declan Welsh catalogues the failings of humanity in a musically adept manner. The lyrics may be sadly true but they are delivered in a song you will want to listen to again and again.

The Dream starts with a great bass line before the forceful punk hits. This is a real musical storm interspersed with softer interludes. Intriguing and very, very enjoyable.

With Never Go Home, the mood changes to a sunnier indie pop. A soaring anthem to the perfect night out. We’ve all been there; the night you wanted to last forever which would be too short however long it lasted. Never Go Home captures the feeling perfectly.

Cheaply Bought Expensively Sold ends with Times. Featuring a gentle acoustic guitar and a heartfelt vocal – this is a good love song that’s hard to beat.

Cheaply Bought Expensively Sold is a real accomplishment and there is so much talent on show here both musically and lyrically. Declan Welsh’s voice has just the right amount of depth and personality to carry the messages within the songs. The album is beautifully produced, a fine representation of the band’s exciting live performance. An excellent debut.