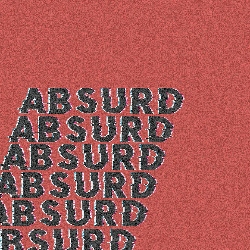 Glasgow’s Declan Welsh & The Decadent West release a stylish and potent take on modern life with their new single Absurd.

Known for his strong socialist views and political activism, Declan Welsh is one of a fresh breed of musician/ poet commentating on the train wreck of a society we currently live in. Having toured the UK in 2018, his anti-fascist songs ‘Nazi Boys’ and ‘No Pasaran’ have found a strong following. With his band, The Decadent West, he has also played gigs as far afield as Palestine as part of a cultural exchange. Absurd follows on from his well-received debut EP, ‘All My Dreams Are Dull’, and heralds his forthcoming album due to be released on Modern Sky UK later this year. With his band, he produces excellent, tense indie with messages that are pertinent to us all. As Glasgow’s Tenement TV state:

‘…there’s an immense sense of pride for the musician who’s become integral to the scene in Scotland using music to make the world a better place.’

Absurd is no exception, a snapshot of life where the choice for many is between the rent and food. It is absurd, when you think about it, really. Beginning with bare guitar before the band kicks in and the painful, slightly desperate lyrics begin. That said the music is up-beat and perfectly executed. Declan Welsh has a fine voice and he uses it fully on Absurd. The almost staccato effect is effective and apt; sharp and to the point.

With so much to say and the talent to bring out beautifully crafted songs with thought-provoking lyrics, Declan Welsh & The Decadent West are likely to be stalwarts of the scene for years to come. Absurd is another slice of politically charged indie heaven. Let’s hope we get the world he is fighting for.