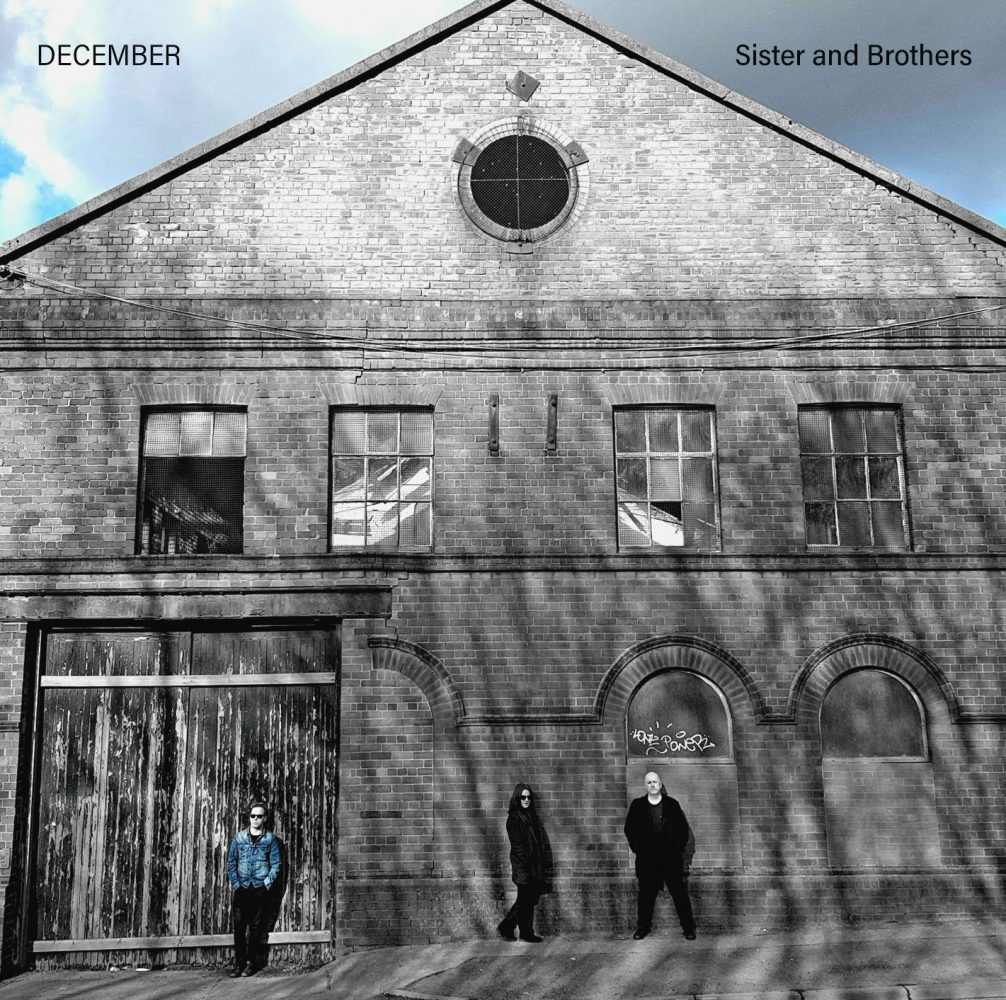 December wear their heart on their sleeve. They make no bones about the influence of U2 and Bruce Springsteen on their music. The spirituality of both these artists pulses through the band’s music. On Sister and Brothers they have added more of a nod towards to New Order and Arcade Fire in enhancing their already grand sound.

On top of the musical influences, December look to individuals for inspiration in their subject matter. 2016’s I Will Let You Have Your Say featured songs about Kenny Dalglish, Alison Stewart (Bono’s wife) and Barack Obama. Sister and Brothers focusses on the bands experience of growing up in Lanarkshire in the 80s and the struggles of making it through poverty, broken families and the sectarian divide. There is more than a personal touch here. Ails Pattison, singer with the band comments: ‘This set of songs is our best attempt to chart how it felt to grow up in Lanarkshire in the 1980s – and to make it through because it wasn’t always an easy time. But that’s where we come from and our music too.’

For the duration of Sister and Brothers, the band continually soar with catchy hooks, thoughtful songs and some superb vocal work from singer Ails Pattison. Elijah On A Hill features Paul Ferrie’s guitar melodies echoing the sound of Bernard Sumner (New Order), whilst the vocals make a huge impact on the emotion in the song. The New Order influence is massive on 31 too; the bassline is pure Peter Hook. December manages to create a vast sound that is cinematic in scale.

Many of the songs on Sister and Brothers use electronic based drums and percussion to back up the guitars and vocals. Borderline immediately shows this style from the off, but the aforementioned Elijah On A Hill, Battle For Your Sacred Heart and Stations all benefit from the electronic timekeeping.

Battle for Your Sacred Heart is a song sung with masses of passion about Ails Pattison and brother Scott Pattison and their lives growing up together. The Springsteen influences rings true throughout the song as the songs chorus erupts in true chest beating fashion. The same could be said for There Is a Tide in the Affairs of Men. It is a fantastically crafted song that is a true highlight of the album.

For the soaring and rousing numbers on Sister and Brothers, the band packs a punch with more downbeat and serene tracks. In their own words, 1963 was inspired by the legacy of President Kennedy as captured in Thurston Clarke’s book JFK’s Last Hundred Days. Autumn leaves were falling on him and he didn’t know it. They’re falling on all of us. But his legacy remains and despite everything we believe it is of hope and joy. Our song is in the some ways there last song which should have been on our 2016 album I Will Let You Have Your Say – and is the bridge to Sister and Brothers. Whilst the song is slower, it builds to a glorious crescendo of guitars, vocal melodies and pounding drums. Another slower track comes in the form of a cover of U2’s The First Time; a lesser known gem of a track from their 1993 album, Zooropa. The vocals drip with fragility as the acoustic guitar and piano gently pulsate through the track that is a faithful cover of the original.

December have amassed a steady following. Last year they toured the UK and Ireland and were invited to play in Sao Paulo, Brazil. They launched their new album by playing a gig at home for fans via Periscope and they will be in Europe this year with gigs in Belfast, Amsterdam, Copenhagen and Dublin.

If you like music that has plenty of positivity, is rich in faith, has heart and soul in abundance, and is well produced by a set of people genuinely making music for the love of it, make sure you check out Sister and Brothers.