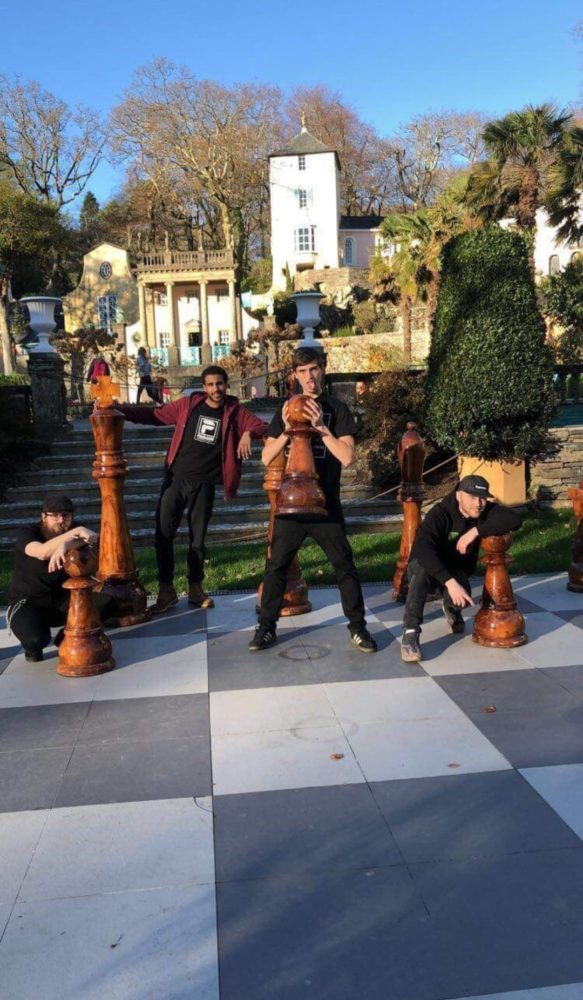 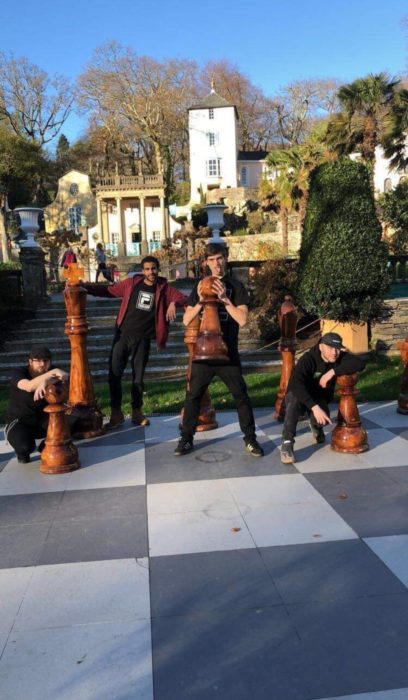 The Pagans: Shepherds of Humanity ( S.O.H. ) announce the release of their debut single ‘Banananah’

Once in a while you come across a band you just know are going to shake up the scene. The Pagans are one of them. I walked three miles in the wind and rain to see these live after the blew me away earlier in the year. They’re already making waves live with their bonkers frontman. They just have that unique freshness that separates them from the normal. Banananah is a debut single that should rocket them straight onto the scene. It’s got the lot, mad freestyle rapping from Marcus which goes falsetto, crunching funk guitar riffs, infectious chorus and a top notch video to boot. It’s the start of a rollercoaster ride to kickstart the talent we’re gonna hear in 2019. One of my top tips for next year. Kirk Whitehouse and Sarah Wakefield give me the exclusive lowdown.

Hailing from the Black Country, an area often revered as the birth place of raucous noise, these hip hop infused, rock, punk, funk alchemists haven’t fallen far from the musical tree, combining foot tapping beats, hypnotic flutes and banging guitar riffs with engaging, storytelling prowess. This is a tune with serious fucking groove. As the country seems to be increasingly heading towards a cliff edge, Banananah at least lets you enjoy the journey with a soundtrack of swagger and shenanigans.

Produced by the mighty Gavin Monaghan at the ‘Magic Gardens Studio’ Wolverhampton, The Pagans S.O.H don’t just make music, they take you on a voyage of discovery, exploring the often unchartered territories of innovative sounds. Completely smashing through the concept of genres, their live shows have already drawn praise from a number of industry heavyweights.

“Anyone somehow deluded into thinking there’s nothing new or exciting among young bands in 2018 need to spend just a minute watching this lot. So full of life and potential…” Dave Haslam, Writer/Broadcaster/DJ

“Watching The Pagans S.O.H live is like going on the best magical, mystery tour. You don’t know where you are going or how you will get there, but it’s a great journey.” Pete Salisbury, Drummer (The Verve/The Charlatans)

“What the fuck?? This band hit the stage and bollocksed my head up. A total fusion of Red Hot Chilli Peppers, Rage Against The Machine, Dust Junkies – fuck me, they are great! Keep your ears open folks because they are special…” Wayne Carey, Louder than War

The Banananah video directed by Sam Crowston (Nasty Man Creations) was shot in Portmeirion and gives a subtle nod to the 1960s iconic hit programme ‘The Prisoner’ also filmed in the Riviera inspired village in North Wales.

Banananah is released on the Fade to Dust label and will be available across most online platforms from 21st December 2018. Bostin’.