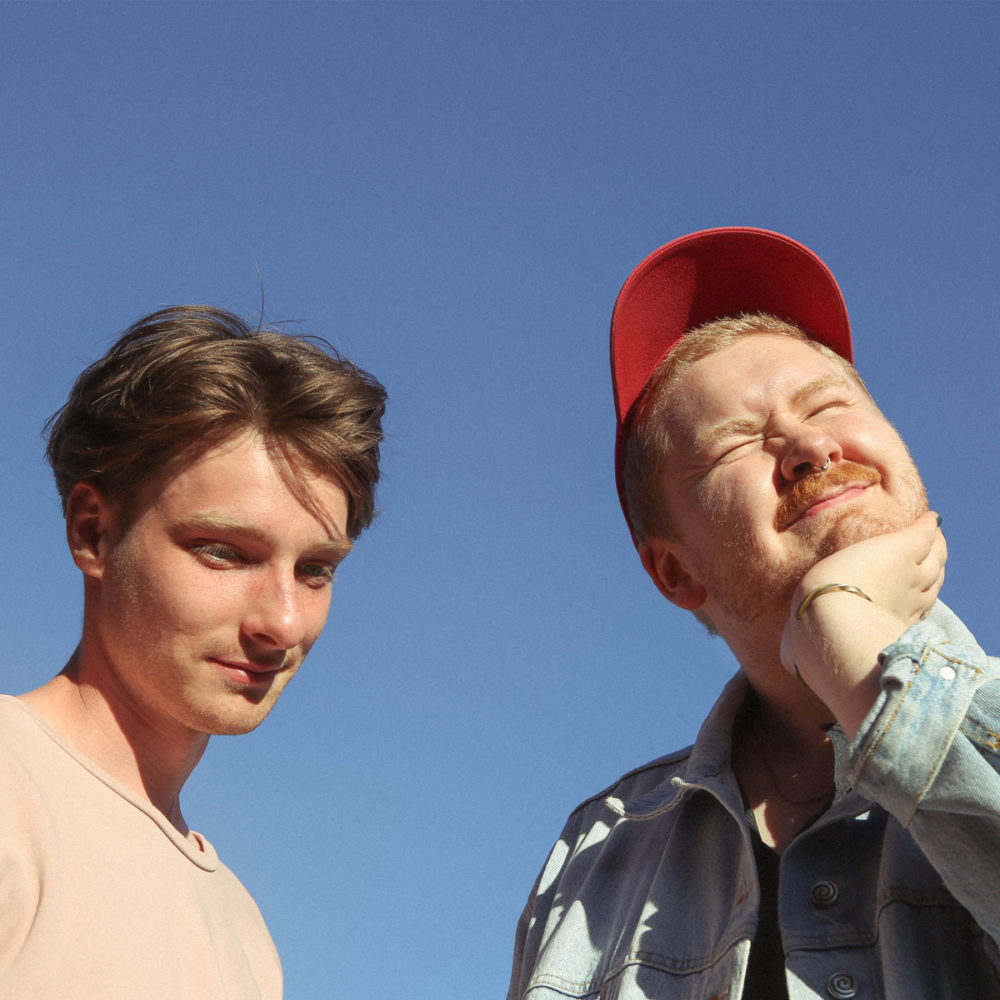 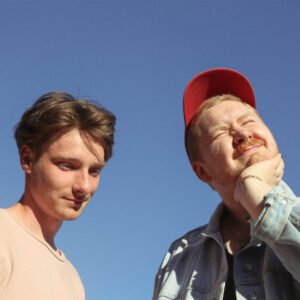 Harold and Maude. Sid and Nancy. Bonnie and Clyde. The problem with most dynamic duos is they’re doomed from the start. But where romance fades, unadulterated affection remains and like a pair of matching monogrammed bathrobes hanging side-by-side, it’s rare to find a partnership so loveably kitsch and destined to belong together as Her’s. Following on from last year’s 9 track compilation Songs Of Her’s, the Liverpool duo’s upcoming debut LP Invitation to Her’s released August 24th on Heist or Hit will be their most significant step yet. Matt Mead investigates the band further and reviews their latest album.

Her’s have been met with a glowing reception from Radio 1, 6Music, DIY, The Guardian, FADER, Stereogum, NME, The Line of Best Fit and Dork, and conquered a respectable chunk of the global circuit already through shows at Visions, Green Man, The Great Escape, SXSW and Bangkok. Her’s next spate of touring will see them hit the road throughout the nation, after playing a sold-out London show at Moth Club earlier in May, before slots at Citadel, Leopallooza, Neighbourhood Festival, Tramlines capping it all off with an Autumn headline tour.

Her’s’ Audun Laading and Stephen Fitzpatrick may both be Merseyside migrants, the latter from Barrow and the former from Norway, but the duo have made a musical home of Liverpool. Brought together through a chance encounter in a university canteen by their shared love of off-kilter humour and art, Her’s have shaped the very texture of Liverpool alongside peers like Trudy and the Romance and Pizzagirl. The nucleus of the Merseyside scene surrounding these groups finds its identity through humour and imagination. They’re voracious consumers of music across styles and eras, and it shows in their mutant retro-futurist sound. All things considered, Invitation To Her’s is already proving to be one of the most free and inspired indie rock debuts this island has seen for a while.

In fact, you’d be pushed to find spirits more kindred than Norway’s Audun Laading and Barrow-born Stephen Fitzpatrick – the perfect pairing since Stephen, frantic about potentially missing his next lecture, found comfort in the towering stature of stranger Audun in their university canteen. “Everything has felt natural for us and we’ve just been rolling with the punches, doing more and more gigs,” tells Audun of life after meeting his best bud. “Our band works because it was born out of friendship, friendship didn’t come from the band.”

The album is a breath of freshly-scented pop air which features rubbery bass lines and disjointed bounce off-the-wall playful vocals, all brought together by a killer rhythm section who catapult the listener to a set of-expertly crafted songs. In the opening track, Harvey dips the toe of the listener into a pop tour de force. The second track, Mannie’s Smile, is a wonderful bit of elasticated pop. Delicate guitar introduces the song, then a big fat bass line drops in, more of the up and down quirky vocals matched by an overly catchy chorus will have you singing and playing Alan Partridge-type air bass guitar for weeks. The rest of the album has a sprinkle of indie magic, with musical nudges towards the likes of Scritti Politti (If You Know What’s Right) and The Orielles (Love On The Line) – all in all, if this album was a conundrum on Countdown it’d be Nilgkraps (Sparkling).

Joining their extended family on the album are fellow music makers Trudy and The Romance, The Orielles, Pink Kink and good-time pal Charlie aka the inimitable, Jimmy Lazers. If Her’s can’t be found hopping on their bikes to deliver burgers or jamming at home in the company of each other, they’ll be brew-sipping at their pals’ or enjoying a Her’s family meal, fuelling their melodic ambitions with inappropriately-sized portions of noodles at local delicacy Big Bowl.

The band are due to go out on tour in the coming months.

All word’s by Matt Mead. Further articles by Matt can be found via the Louder Than War author archive pages.