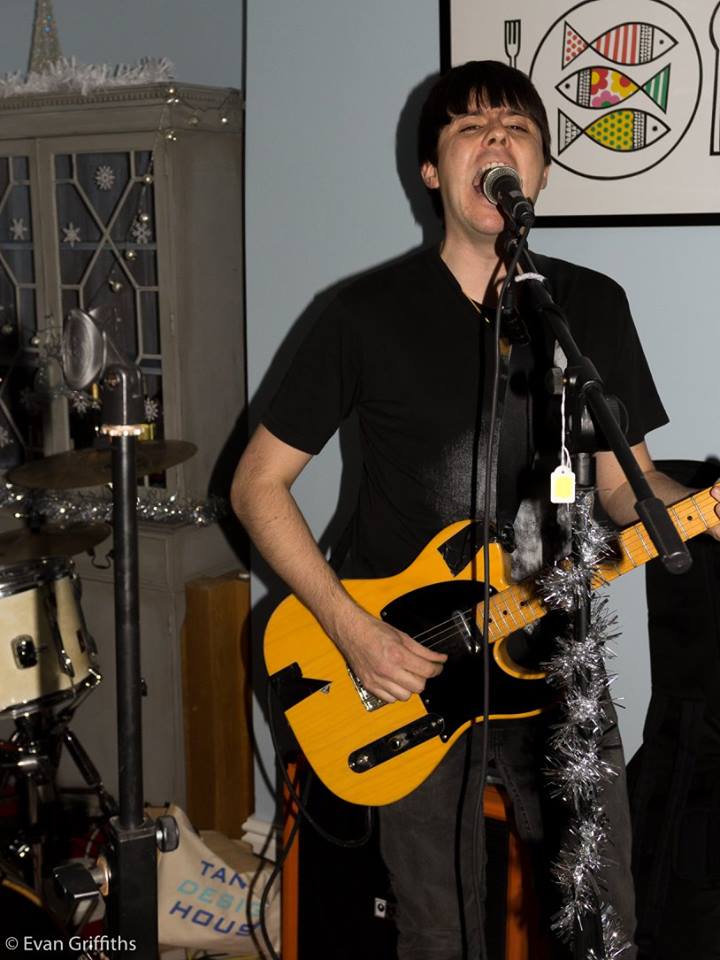 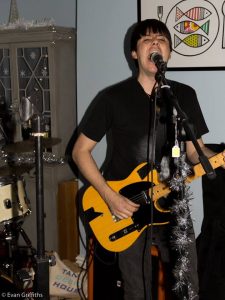 After a rocky start Liverpool-based duo The Debt Stars are back on their feet again. Louder Than War’s Roxy Gillespie introduces the band.

Fast becoming hot property on the Liverpool live music scene, The Debt Stars have obviously recovered from a rocky start. The band was formed in Sydney, Australia but relocated to Liverpool straight away. Unfortunately, they suffered an immediate problem as singer and songwriter, Sean Ekins, had to go into hospital. It is only now that the band are able to begin to reach their full potential.

The music they produce is forthright and strident. There is real energy to their music. Live, they are vigorous purveyors of their fine garage/indie sound. Where so much indie can be insipid, The Debt Stars are musically robust.

Josh Spektor on bass and Eddy Full on drums make a beautiful racket to support Sean Ekins vocals and moody guitar. As they are a trio, the sound could feel a bit bare, but the stripped-down format seems to suit the music perfectly. There seems to be a dark humour to their lyrics (at least I hope that is what it is!). Even the music has a tinge of menace.

The band has this to say about their music: “They say always write about what you know, but if you’ve had a life filled with visa weddings and China white funerals it makes for a very dark collection of stories. We decided that jagged guitars and cheerful melodies would compliment those tales best.”

Later this year The Debt Stars are releasing a track relating to Sean’s recent health problems and recovery called Help ME, NHS on Klee Music. Their fans hope this will be the first of many. If their live set is anything to go by, they have enough quality material to make that a given. The band continue to gig in their local area. Hopefully, the rest of the country will soon get to see this excellent band for themselves.