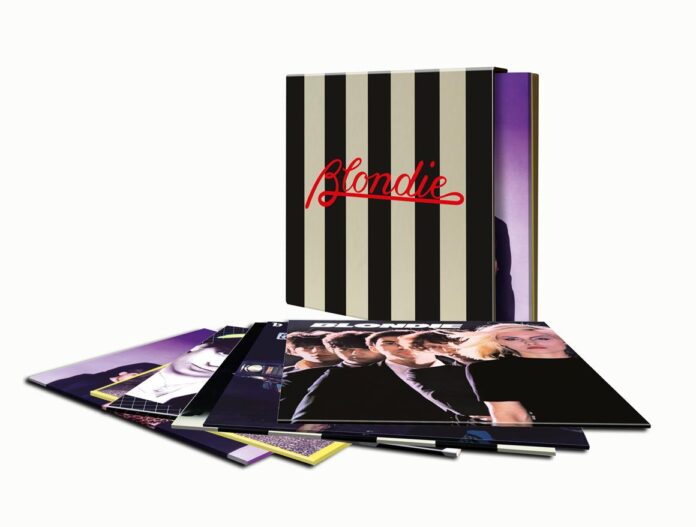 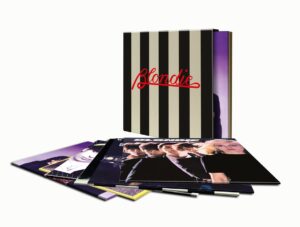 Whilst the Ramones, the Strokes and the New York Dolls deservedly get the kudos for representing the great city we demand that Blondie get put on the platform with them at the very least. Infact we demand  that, in many way maybe they should get the higher platform because,  more than any of these other bands they reflected the plethora of styles from their city and turned them into pure Blondie pop – managing to sound hip, underground and kool whilst making perfect pop that was number one all over the world.

Also Debbie was pure pop icon- of course she was pin up gold but she was also one of the coolest singers to come from the city with a sassy and trashy sense of style and a deep and often quite scary intelligence that helped to invent a new kind of woman in pop.

Simply one of the greatest songs ever written.

Oozing lust and wonder with an achingly brilliant vocal that makes sense of nonsense that is the heart of perfect pop, Atomic stands the test of time. Debbie delivers one of the great pop vocals that really soars and soars and drips with emotion which is ironic as it was just written with Debbie scatting along to a Jimmy Destri doodle that was built around John lens favourite ‘Three Blind Mic’ melody whilst he was trying to write another disco/new wave combination like the almost equally fab Heart Of Glass.
Debbie always says the song had no specific meaning but like all perfect pop it drips meaning – Atomic may be just word that just fits but it gives the song a very timely post apoclyptic feel and when does her ‘wooaaah’ bit its spine tingling.

The original Blondie were a razor sharp revisit of the sixties with an added seventies sassiness and toughness. they would light up the New York clubs with their kooky trash vaudiville takes on the classic pop era. Little Girl Lies is a perfect snapshot of this period with a kille rchorus and Debbie’s bitchy love lorn vocal with a great ad libbed ‘Boo Hoo’ at the end – the perfect sarcastic riposte to a bubble gum pop argument as the song wheezes along to a perfect keyboard motif.

Debbie was kitcch and cool before anyone even knew what those words meant. Blondie appeared in the middle of punk and should have been buried by the noise and fury of the times but their perfect pop, sixties sassiness and gum chewing New York City cool made them like the Ramones cooler, older sister.

3. Rip Her To Shreds

With cat like claws Debbie was a new kind of pop star. Rip Her To Shreds was pure punk – just check the vocal with a fantastic sneering put down that as the heart of so much of early punk rock. Hooked to a zig zagging riff and again dripping pure sixties pop nous the classic diss song is a put down of a groupie or about gossip columns and what they do to people’s lives spending which way round you look at the song that was the band’s first single.

Perfect thundering neo Phil Spector pop cover of the 1963 Randy and The Rainbows song it was Blondie’s second single and their breakthrough UK hit that established the band also Debbie the icon.

5. One Way or Another

Classic Blondie- a put down of ex boyfriends the song drips venom and anger over yet another perfect Nigel Harrison melody and has become one of the band’s best known UK songs despite only being available on the band’s Parallel Lines album.

Part 2 of the Debbie Harry/Blondie top 10 is here