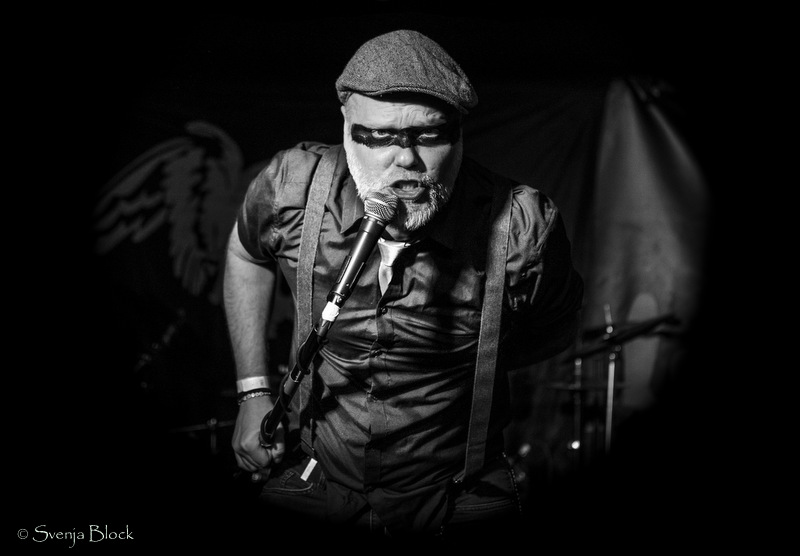 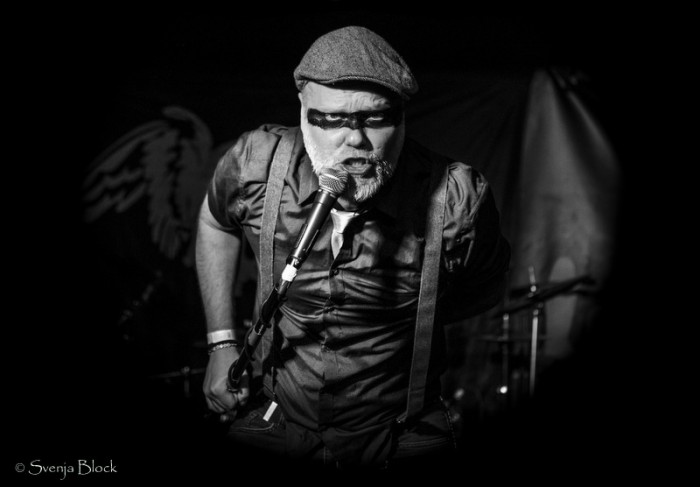 Two days, ten bands, hosted by Turbojugend (the worldwide fan club for Turbonegro). While live venues continue to close at an alarming rate, these music obsessives know how to have a good time.

The brainchild of Thomas Evrenos, on behalf of Turbojugend, The Pipeline hosted two days of punk-fuelled rock n roll. The Turbojugend have chapters all around the world, many of whom were here tonight, resplendent in their denim waistcoats bedecked with badges/patches from other chapters. They are a friendly bunch who are clearly music obsessives, so I felt very much at home here.

Apologies to Flash House and Zero Zero, as I couldn’t get here early enough for their sets. The first band I caught tonight were Sweden’s The Chuck Norris Experiment. Hell’s bells, these guys ROCK. Coming on like The Hives’ older, heavier cousins, they have a set chock-full of tunes which you will bellow along to at full volume, like ‘Cold Blood’ and ‘Eaten Alive’. Most of the crowd seem to know them well. I was so impressed, I bought their newest album, ‘Right Between The Eyes’, as soon as they left the stage. Not that vocalist ‘Chuck’ Ransom and bassist ‘Chuck’ Dakota spent much time there; they prefer to be in the crowd, urging the madness along. A genuinely awesome performance. 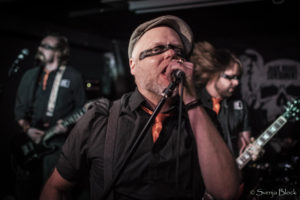 How do you follow that? Luckily, with Wales’ very own The Sick Livers. Their recent album, ‘Mid Liver Crisis’, is a big favourite of mine and they proceeded to entertain with their own unique brand of sonic madness, mainly courtesy of main man Ginge Knievil who, if anything, ups the ante in terms of audience participation. Great tunes, a ready wit and no shortage of passion, they stand apart from their peers, whilst remaining humble and amazed by the crowd reaction. ‘Dark, Dangerous And Delicious’ is a live classic, the only down side is that bassist Dai is laid low for now, so Darrel Sutton of Trigger McPoopshute kindly stands in tonight. Ginge even gets us all to sing ‘Happy Birthday’ to his bemused/horrified wife, Charley. Such romance! 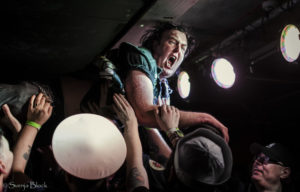 The Hip Priests are garnering quite a reputation in the music press for their live shows and their brand of rock n roll. They do have some catchy tunes, like ‘Mother Fuckin’ Superior’, and vocalist Nathan gives his all, tuneful and pitch perfect, but somehow they are an odd combination tonight, almost metal at times. Not necessarily a bad thing, obviously, but they didn’t grab me as much as I expected. Plenty here tonight will disagree, I’m sure. 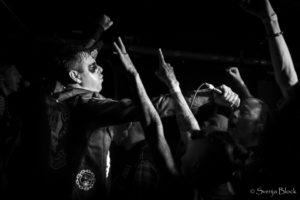 Bloodlights from Norway close tonight’s line up in rollicking fashion. They have an interesting mix of styles to their sound, but somehow it really works. The longer they play, the more people seem to be taking an interest in them. There’s elements of Johnny’s Heartbreakers, Thin Lizzy and Cheap Trick on display and Captain Poon makes for an appealing front man/guitarist, should you require some eye-candy. ‘One Eye Open’ is a strong original song, but their choice of covers also worked well; The Dead Boys’ ‘All This And More’ and a punkier take on Billy Bragg’s ‘New England’ which had us all singing along. 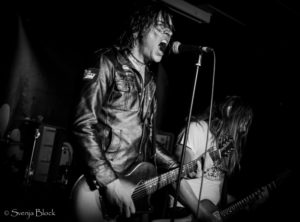 So, quite a refreshing eye-opener of an evening, finding that there are seriously committed live music fans out there who are prepared to organise events, travel some serious miles and boogie like there’s no tomorrow. Many thanks to Svenja Block for the use of her amazing photos.

Words by Martin Haslam .  Read more by martin at his author’s archive.