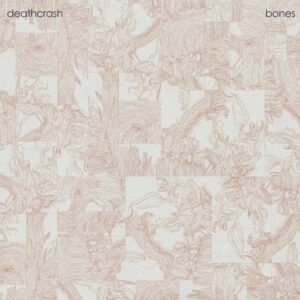 Comprising ex-members of Sorry and Famous, the band’s debut single Slumber, released last April, combined grinding guitars and introspective lyricism. Bones, by contrast, reveals a more sensitive side of the band, with soft vocals set alongside a delicate guitar melody, building towards a middle section that collapses into waves of distortion.

“The song’s words came from an evening I had with my dad, around the time my grandmother died,” explains singer/guitarist Tiernan Banks. “We listened to Easy Run by Richmond Fontaine, and I thought about how people say very little to each other, when they would often like to say more.”

They will be launching the debut physical release from both band and label with a headline show at The Sebright Arms in East London on 4 October, supported by Platonica Erotica, where advance copies will be available.

Prior to physical release, Bones will be released digitally on all streaming platforms on Friday 27 September and Slumber/Bones will be available as a 7” record in select shops from 11 October (information on participating shops can be found on both the label and band’s Facebook pages).

Both the single sleeve and video, premiered here, are designed by Kaye Song. Warm Laundry is a small indie-label that has previously released music by the likes of Cavernzz, 60s Space Engine, Chappaqua Wrestling, Debondy, Lore and Jerskin Fendrix, and regularly releases free mixtapes of its artists via its website.