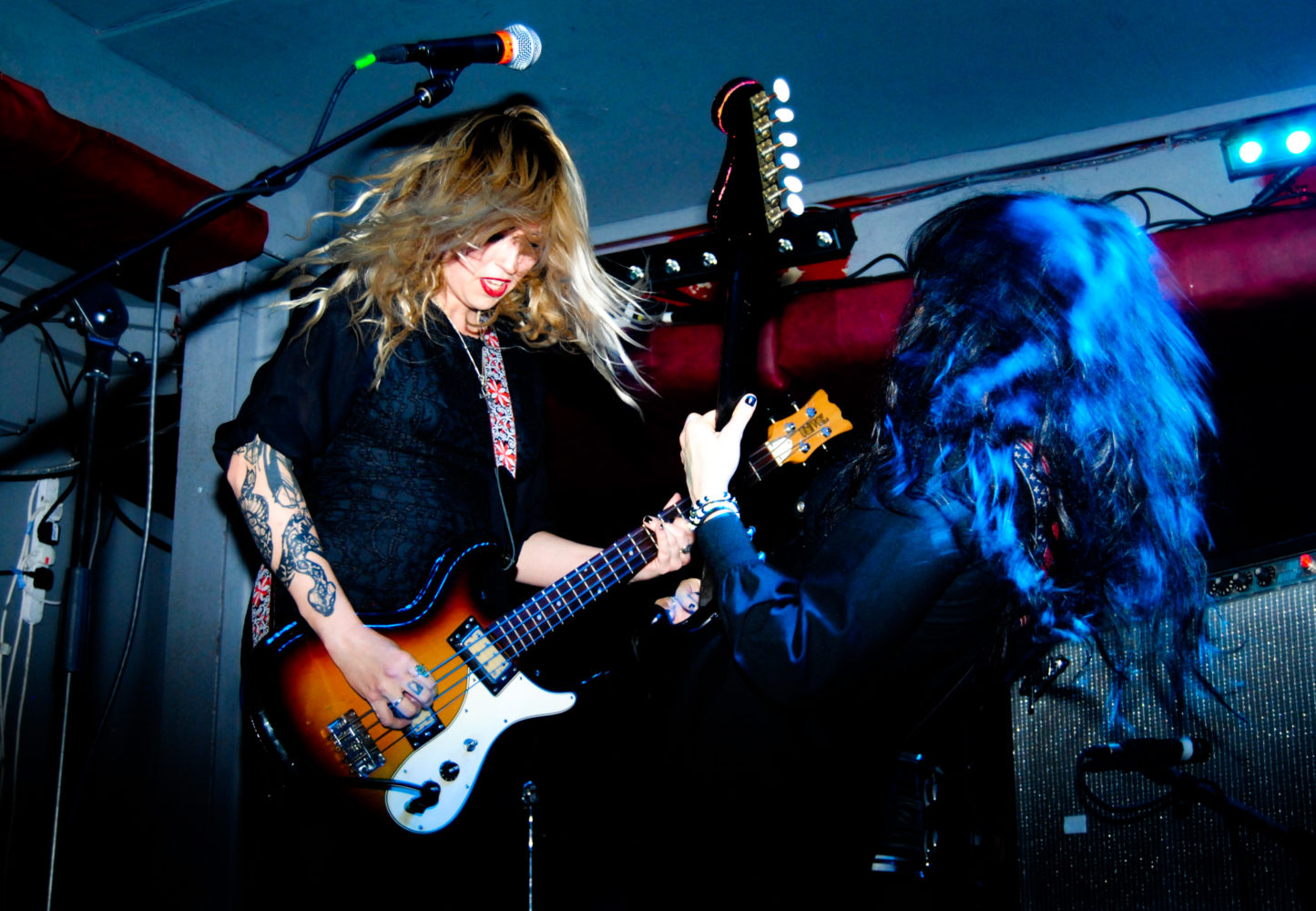 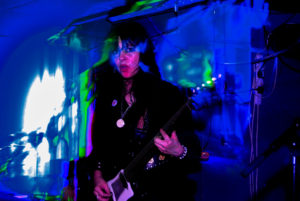 A dreich rainy Monday night in Glasgow and loads of tweens and teenagers are running around the city dressed in black with yellow tape wrapped around legs, arms and other parts of their clothing. Apparently, Twenty-One Pilots (I’m still none the wiser) are in town this evening playing in the soulless Hydro and this is the dress code with fans of the band. For Neil Hodge though, it’s the intimate surroundings of Broadcast that’s the big draw and the only place to be. LA’s Death Valley Girls are also in town to share the love with their unique brand of Iggy Pop-endorsed unconventional grungy dark punk rock. 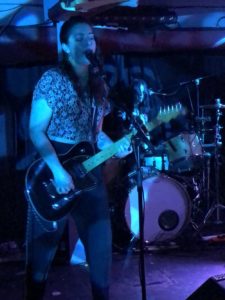 Before the headliners, there is a lot of music to be enjoyed. With a duo of support bands in the shape of Run Into The Night and Shredd, this is a gig by numbers. Two-piece Run Into The Night open proceedings followed by three-piece Shredd before the four members of Death Valley Girls hit the stage.

Run Into The Night continue to impress and live up to my tag of “ones to watch” for 2019. This duo make an incredible noise together. Christina and Ellie combine their guitar and drums into a sublime bluesy surf rock sound, occasionally moving into 1950s dream rock’n’roll territory. Those who have gathered early enough to witness them are treated to an impressive set of original tracks with a cover of The Cramps’ I Was A Teenage Werewolf thrown in to boot. This isn’t the last time you’ll see this name here.

Shredd up the band member numbers by one, adding bass guitar to the mix. A new band to me, their echo/reverb heavy sound is brain meltingly intense throughout their set.

Death Valley Girls are a thrilling, intoxicating live proposition. Larry Schemel is an unassuming axe hero standing stage left getting on with the job at hand, while the other three engage in on (and off) stage hi-jinks throughout. Enigmatic frontwoman and all-round entertainer Bonnie Bloomgarden conduct’s the show front and centre, throwing rock star poses with bass player Nikki Pickle, engaging in between-song banter with drummer Laura “The Kid” Kelsey, debating the origins and use of Scotch tape and leaving the stage to engage in a hug-out with delighted individuals in the gathered throng. 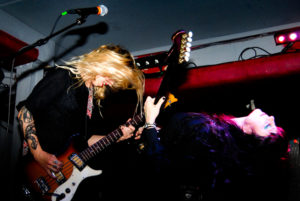 The band’s set is a powerfully potent mix of intoxicating fuzzy grungy guitars, pulsating rhythmic bass and formidable drumming. Each member of the band plays a solid set, with Bloomgarden switching between guitar and synthesiser adding a further element to the scuzzy punk rock leanings.

Their set is highlight-laden, but special mentions to tracks from the latest album Darkness Rains: Street Justice, More Dead and the highly addictive infectious psychedelic rock of Disaster (Is What We’re After), a song that has you singing the hook line over and over in your head for days after. Alongside these are older track highlights like Disco from 2016’s Glow in the Dark and a rock solid Gettin’ Hard complete with innuendo-laden intro.

When Bonnie takes her excursion into the crowd towards the end of the set and I turn to watch her, it’s disappointing to note the relatively poor turnout. Perhaps it’s the curse of Monday night gigs, maybe the weather. Whatever it is, if you were swithering about going to the gig and decided against it, it’s your loss. Forget the massive stadium pomp of that band who were playing the Hydro (I’ve forgotten their name already). Tonight, Darkness well and truly reigns – Death Valley is where it’s at.