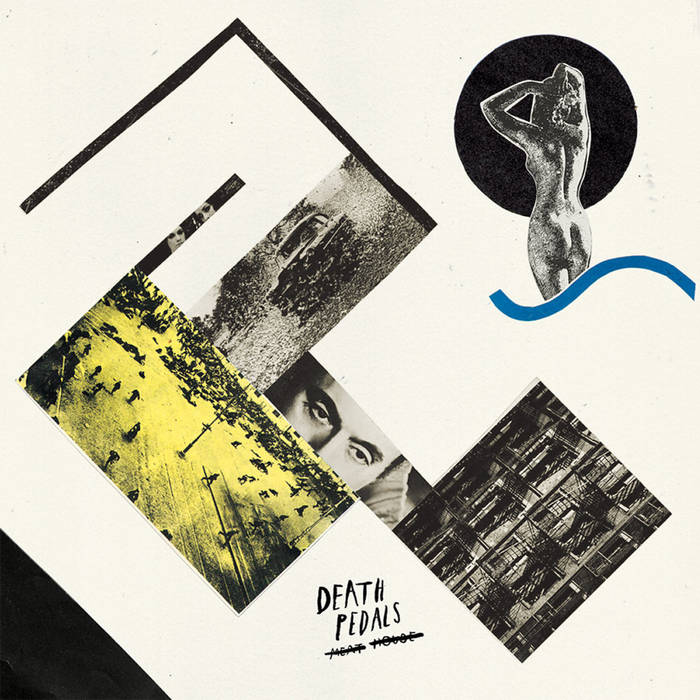 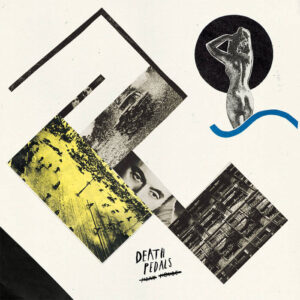 When you consider who’s in Death Pedals – members of USA Nails, Shitwife and Lupins, for example – you can appreciate you’re dealing with London’s underground punk engine-room. ‘Meat House’ gives this musical trade union a collective voice and, as you may expect, it’s the biggest sonic two fingers you’ll hear in 2016 and probably 2017, unless they quickly release another album (which seems unlikely given their prolific activities elsewhere).

Snarling distortion opens the album in ‘Nil By Mouth’ and to kick into the first riff the drummer (Tom Brewins) goes plays as though the discussion went “you know that incredible Trail Of The Dead drum fill for ‘Mistakes and Regrets’, we’ll let’s double it and smack the shit out of it”. Drums as carnage – such a satisfying listen.

Everything about this, and them, is a choking breathless gorge of aggro nihilism and music as a void, a nothing. Try and find a review of ‘Meat House’ online (apart from this), you probably won’t find much. They don’t need critical review because they’ll see you writhing in a pit of their creation somewhere, someday. Then you’ll be gyrating uncontrollably like a shaman, cash in hand, to grab a vinyl. You just don’t know it yet.

Because when the musical walk to the guillotine that is ‘The Sharps Cut Right’ gets to where it’s going, and decapitates with guitar riffs, Alex Brewins ’s barking is as that of the executioner. He’s the last, probably inappropriate, grumble to send you on your way into the next psychedelic mess (in this instance it’s the track ‘Straight 8s’, which judders out guitar riffs like Speedo shaking out a sly one).

It isn’t to say ‘Meat House’ is all guttural methane and attention-deficit driven bluster. Far from it. The guys know their chops and the tracks aren’t played, they’re detonated. There’s such reverie in the guitar riffs as well, an endless joy in pummelling snotty, dirty chunks of guitar that judder and shake as Dinosaur Jnr’s recent album opener ‘Goin Down’ does so infectiously.

‘Meat House’ is for the modern day beatniks. It’s poetic in its inter-jutting stream of conscious rhythms, bombastic in its joyful lust for collective noise and doesn’t take any shit.

As it closes with ‘Egon Seymour Hoskins’ and pops like a series of confetti cannons at an oi gig, you can’t help but want to be in this band. That’s what music should do – light your fire – even if it’s called ‘Meat House’.