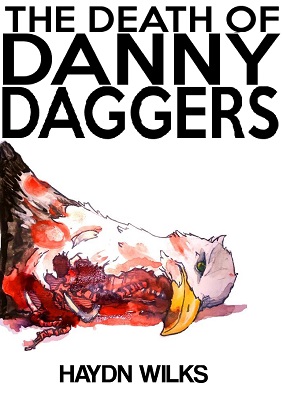 In a strange way, British Literature is done a disservice by its maestros. That isn’t to say there is anything bad about our canon, just that their work has such staying power that they are near impossible to avoid imitating. If anyone must invoke University life, either in its grandeur or banality, they have the titanic figures of Evelyn Waugh and Kingsley Amis to navigate past. If dystopia or politics is to your liking, then George Orwell, Aldous Huxley and JG Ballard loom large over your field. If you want to put language and narrative itself into a blender, Jeanette Winterson and Salman Rushdie got there first. As for the phenomenon of Britishness itself, Anthony Powell’s A Dance to the Music of Time takes some beating.

However, let us not forget that even pulp tales have their guru in Graham Greene, a man who was so at ease with such work that he considered them separate to his main catalogue, referring to them as mere ‘entertainments.’ But, as hard boiled stories and characters go, the sheer weighted darkness and detail are hard to match.

Nevertheless, Haydn Wilks’ sole-wearing debut ‘The Death of Danny Daggers’ is an admirable attempt by a young author to bring the Greene gene into the present day and into a rather apt setting. Cardiff has never been an open or particularly vibrant city, and Wilks wholeheartedly brings the noir strain kicking and screaming into a Millennium city in decline. As with the initial explosion of Noir as a genre, cynicism and depression have been the animating factors – modern Cardiff was built on the back of millennial optimism and has since been disillusioned by years of political apathy and economic slump.

It is here that the hacks are becoming extinct, the police are becoming calloused and the people are becoming dispassionate. In this grey, rainy arena, a YouTube vlogger is found dead in the midst of his ill-timed and depressing national tour. The plot then takes a step back from the admittedly full-on and rather wearying opening sequence to replay the events leading up to the murder.

The sharp working knowledge of the city’s walkways was most reminiscent of Greene, as the ominous sentry-go of Hale is meticulously drawn through in Brighton Rock and, albeit with a modern updating, is the near exact style of writing that Rory Gallagher (no, really) of Celtic Media Group finds himself stomping in.

True to form with most stories, Journalism is depicted as the very essence of sloth and disgrace, albeit with different flavours than tales of old. Whereas something like Brighton Rock or Scoop showed the cynicism of hacks being fuelled by mindless self-indulgence, the rats depicted here are the last to leave a rapidly sinking ship. The world is going to hell and this bunch is riding first class.

Even the victim is far from sympathetic – I mean, really, who has never fantasised about running over a group of simpering product shills with a lawnmower? The event itself is no less grisly for Mr. Daggers, but that really has to be read to be believed.

The style, whilst resembling Greene, is also strangely reminiscent of other Noir mainstays like Pierre Boileau and Thomas Narcejac and James Elroy – especially in the depiction of the inherent corruption of institutions from the police to newspapers to corporations – but ran through a filter of contemporary bestsellers like Ben Elton. This is slightly unfortunate because, whilst the drive and potential is there, the technique is some way behind. At times, Wilks’ reliance on by turns heavy-handed and oblique similies and thick stretches of dialogue (and, in the case of ‘optimeuphamistically’, impenetrable words) serves to nag. Realistically, there is a lot of ink that could have remained unspent.

Don’t get me wrong, though – the writing, even at its most excessive, is not an author patting themselves on the back, but a vigorous enthusiast going hell for leather. When compared with the horrific conveyer belt fiction of Lee Child and James Patterson, Haydn Wilks stands tall and is, all things considered, a potential successor to Anthony Horowitz. This all will come in time, however, so one may relax and immerse oneself in a sneering, enjoyably nasty opening effort of a bright talent.

The Death of Danny Daggers can be bought on Amazon.