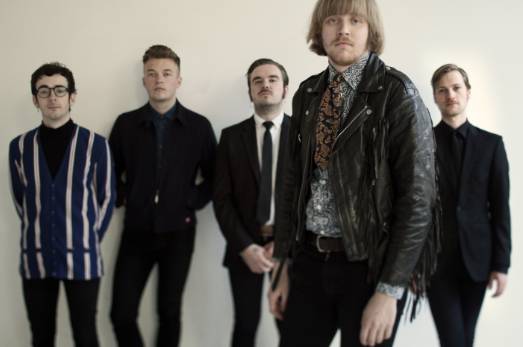 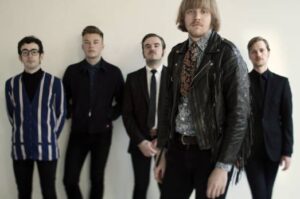 We talk to Sebastian Ulstad Olsen, vocalist in Norwegian rock band Death By Unga Bunga, about his top 10 favourite albums.

James Williamson is one of the best guitar players I’ve ever heard, and the guitar sound on this album kicks ass.

The Psychedelic Sounds of The 13th Floor Elevators

A psychedelic masterpiece by one of the most interesting songwriters around. Without Roky Erickson, there would be no Death By Unga Bunga.

The whole album was composed by Jeff Lynne while he was a young man. Coined as one of Beatles’ favourites at the time, it did’nt sell many copies.

It took me several years before I heard it, but it is a perfect example of psychedelic pop-writing.

A compilation that still seems to introduce kids all over the world to Garage Rock. This is also where I first heard The (aforementioned) 13th Floor Elevators.

Storm the streets is punk rock how it should be. Simple, tight and extremely bad ass. I did’nt care for their other albums, but that does’nt matter because this is the best ramonescore since The Ramones.

This is an album that represents summer for me. It also represents the genious songwriting of the Glimmer Twins.

One of the best guitar based bands around today. Just listen to the opening track and you will know.

Bad Sports – Kings of The Weekend

I saw these guys earlier this year, and they blew my mind. I have listened to this record for some years now, and I never get bored.

Jacuzzi Boys’ sound is very exiting. It always pleasures me to see a band that can evolve three records in a row. And these guys are only getting better.

Black Lips released this album back when we started up Death By Unga Bunga. It still reminds me about getting drunk with my friends and singing along loudly.

Death By Unga Bunga’s third album You’re An Animal is released on 28 April 2014.