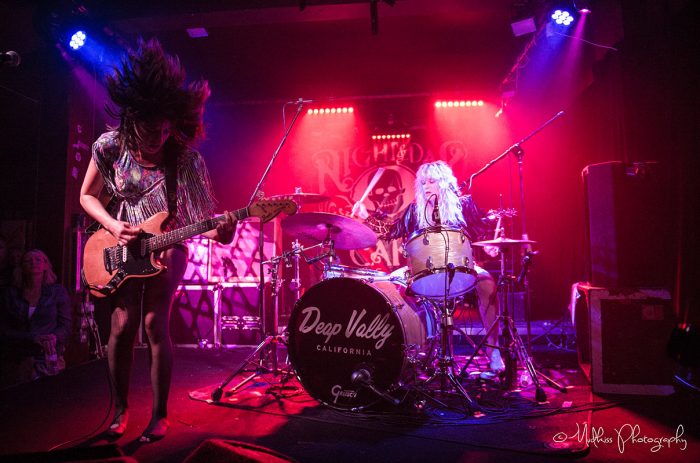 Californian rock n roll duo Deap Vally were performing just three intimate shows ahead of their forthcoming September Femejism UK tour. Manchester was sold out and Louder Than War headed down to catch some of the explosive action and report back below in words (Vanessa Lourenco) and photos (Melanie Smith).

If you had to explain to someone what the 80s were like, you could easily pull a out a few pics of Deap Vally and they would have a pretty sound idea. With their brightly coloured hot pants, fringed tops, vivacious leopard /tie dye prints, leather, ripped tights and messy hair, you can tell their ‘coolness’ comes from a Barbie meets bad girl hype from 30 years ago.

Lindsay Troy and Julie Edwards formed the band Deap Vally in 2011 after meeting at a Crochet club in L.A. They released their awesome first album in 2013 ‘Sistrionix’ and toured all over the US and Europe with a huge fan-based following them around and growing with each gig. Even if you have never heard of them before, it’s a guarantee by the end of the show, you’ll remember their name. They are a memorable pair of chicks and they know how to rock’n’roll and captivate an audience.

The opening act was a four piece called The Cut from Glasgow, who evoked a grungy punk melancholia, with a female lead singer who possessed a powerful voice and a tomboy charm. They played their own material, which is always fresh and they seemed to be a crowd pleaser. Definitely worth checking out if that’s your vibe. 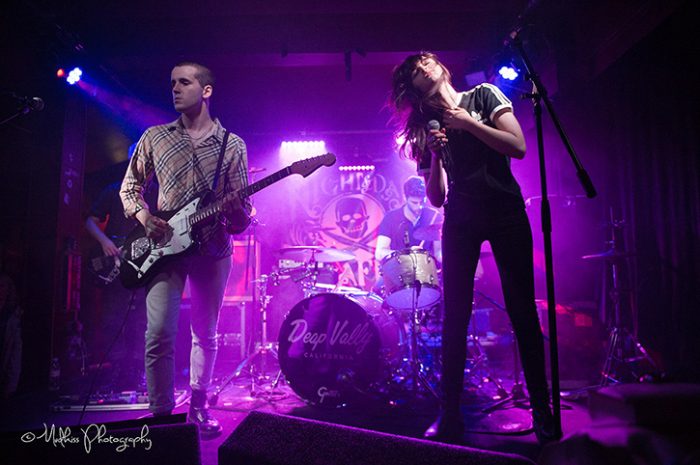 By the time Deap Vally appear on stage the venue was packed, from entrance to stage, it was a canned sardines environment, where both excitement and heat grew wild, it was seriously hot inside. Lindsey and Julie get up on stage and they’re greeted by a lot of whistles and “yeahhhhh”s and with a pint of beer by the mic they jumped straight into business, putting that drum kit and guitar to use with no mercy. 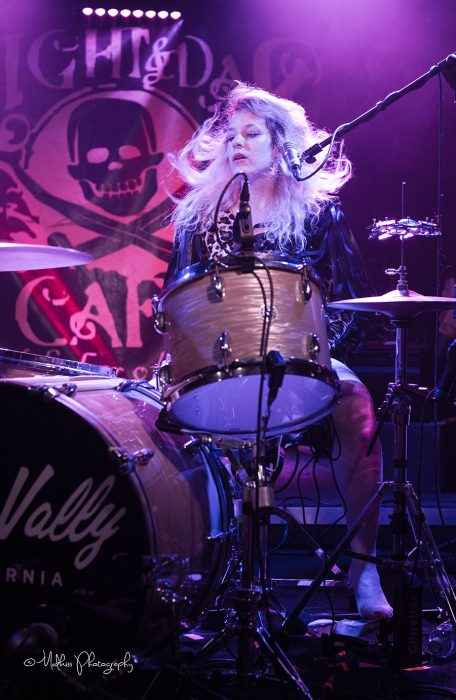 Their stage presence is something out of this world, Lindsey is a petite woman with a lot of spunk, kicking and dancing and jumping around the stage, moving her body to the sound of the accords whilst Julie becomes one with the drums in a symbiotic act of movement, wild hair flying everywhere.

Although their set is mostly from their debut album, they treat the audience to a preview of their upcoming second album “Femejism” due for release on September 16th. Songs like “Smile More” give you that American freedom feeling, telling tales of girls doing whatever they want, living life to the fullest whilst proclaiming independence through their sexual appeal. A song which Shirley Manson from Garbage wrote on Twitter that she wished she had written.

Their interaction with the audience is on-point, actually engaging in conversation and making remarks like “I wasn’t expecting this to be so hot, man, it’s like tropical humid weather in here” whilst dripping sweat from their energised performance. Or even when Lindsey talks about the fact that “since we were last here Julie pushed a tiny human out of her body, that’s crazy, man!” and sharing with the audience the baby is also touring with them and just “downstairs asleep, whilst we rock up here”. 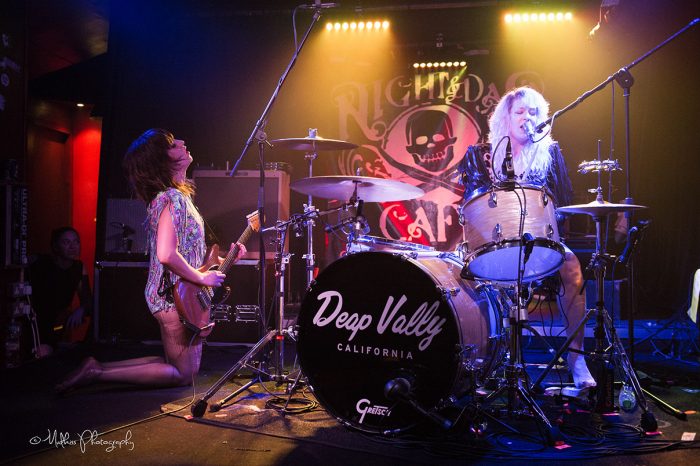 There are a lot of women in the audience that have come to see them, embracing their femininity whilst rocking it from head to toe and singing along with the duo. The house exploded when they gloriously ripped into their familiar thunderous track ‘Walk of Shame’. 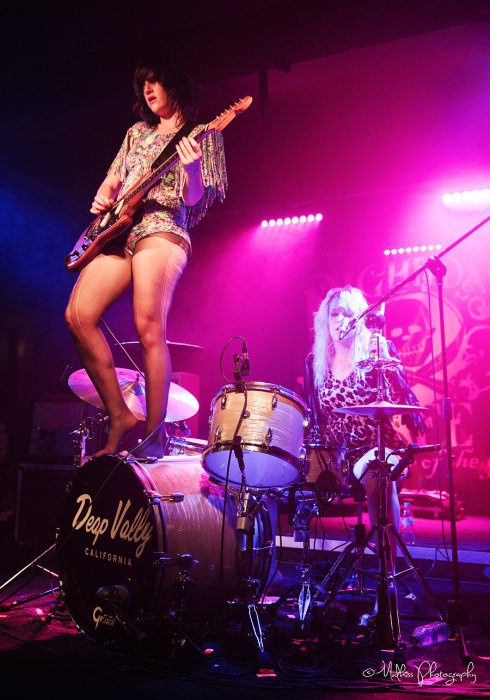 Deap Vally are an empowering band that reminds us why we love rock bands so much, their voices can go from a mellow blues, country tone to an Axel Rose high pitch scream from one chorus to the other. They’re unapologetic, genuine, engaging and you definitely have a cool stamp once you take that leap of faith into an audience and launch yourself into the crowd and they catch-you straight away – this was a pretty cool moment to see Lindsey crowd-surf whilst Julie made the drums accompany her movements.

Finishing their set, with Lindsay triumphantly perched on top of the bass drum, they left the audience crying for more and the sentence on everybody’s lips at the end? “What a show, man! What a show!”

Here’s a few places where you can keep up with the band: