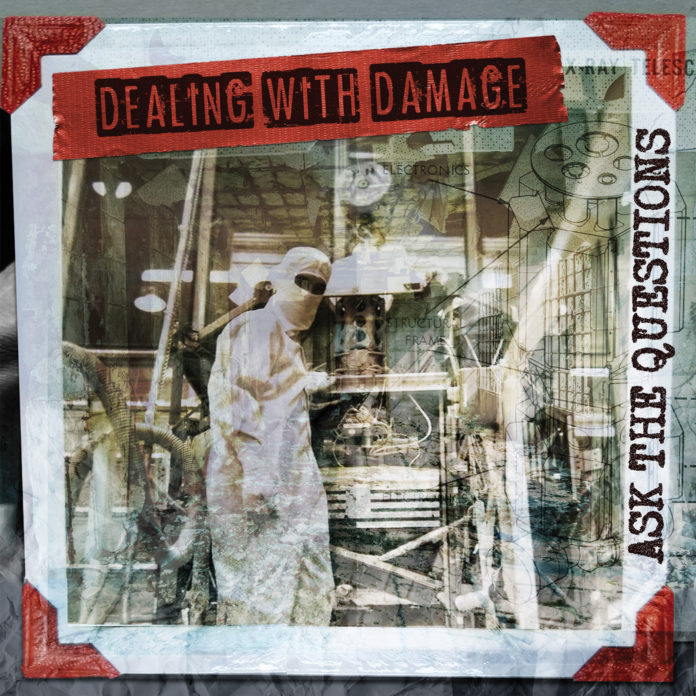 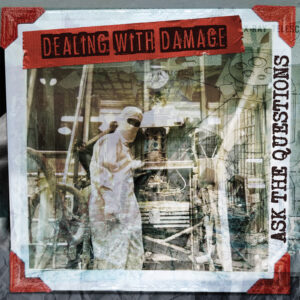 London’s melodic post-hardcore outfit Dealing With Damage unleash their debut album on the world. Louder Than War’s Nathan Brown can hear a diverse range of influences.

The term melodic hardcore has been used to describe such a wide range of styles of music that it has almost become a meaningless term, a cultural badge rather than a description of sound. However, it is the obvious label for a band like Dealing With Damage. Perhaps we could refine it further as “melodic post-hardcore”?

There seemed to be a lot of bands like this in the 90s and I stopped paying attention if truth be told, as you couldn’t really put a rizla between them. Now there are fewer of those bands about, Dealing With Damage fill a clear gap. They certainly went down well when I saw them at the Joiners in Southampton at a recent all-dayer.  The video below of CD opener Stop Everything captured them at that gig. They have also been bagging better and better gigs in that there London.

To say that DWD look to DC (that’s Washington, not the comic books, okay?) is lazy, yet so obvious that it would be criminal not to mention it. But we are talking post “Revolution summer”, not hardcore a la Minor Threat. Whilst I can hear the influence of Dag Nasty around the time of the Wig Out At Denko’s album, it is Soulside who keep popping into my head when I listen to Dealing With Damage. And, as if by magic, DWD bagged a support slot when Soulside returned to these shores a few months back.

Chuck in the clean guitar lines and jangle of the likes of indie-guitar bands Senseless Things and Mega City 4 and you are nearly there. Singer-guitarist Ed Wenn was also in Sink.  If you’re au fait with that band, they will also be an obvious reference point.

The twiddling/noodling guitar style and overall construction of the songs certainly reminds me of Toxic Reasons and a host of European bands from the 80s and 90s too. The slightly high pitched vocals with what sounds like an Atlantic drawl bring to mind slower songs by The Briefs and perhaps a shade of the Only Ones.

Having painted that picture, I should mention that Dealing With Damage have more to offer than cheap knock offs of Dischord bands. They indulge in some heavier and faster rock out here and there. A few of the riffs and bass lines tell me that someone has been listening to Black Sabbath lately – some of the guitar parts have a distinctly MC5 meets grunge feel. There are some groovy keyboards on the odd track giving a 70s feel from when prog rock met space rock.

Final track The American Empire stands out from the rest of the album. It is half audio montage worthy of Crass, half cheeky fast song which shows their hardcore credentials. I guess it could have been thrown in “just to show they can do it”. This is the only point at which it is relevant to mention that Ed (Shred, as he was then) once played in super fast skate punks The Stupids and, prior to that, Bad Dress Sense. Drummer James Sherry has also been busy. He had previous form in Done Lying Down and is currently also playing for Snivelling Shits and Desperate Measures.

Dealing with Damage have a website  from which you can buy this release.

Nathan Brown wrote this. More from Nathan can be found over at his Louder Than War Author Archive.