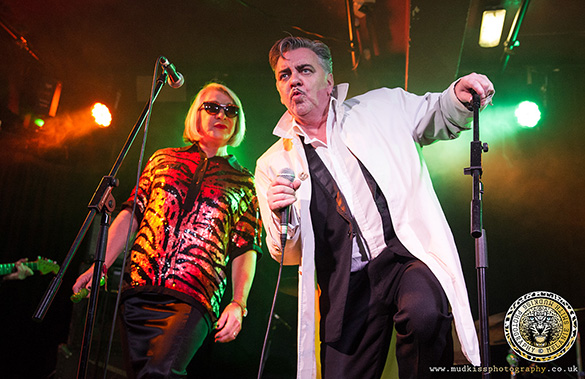 Deaf School entertain the crowd in Manchester with their vibrant, theatrically styled performance. Photographer and big fan of the band Melanie Smith goes ringside to capture their energy.

The art rock / new wave band Deaf School were originally formed in Liverpool in 1974. They were pioneers in the early days of punk and played at the famous Eric’s club in Mathew Street. They won the Melody Maker Rock Contest in 1975, resulting in them being signed to Warners and making three LPs between 1976 and 1978; ‘2nd Honeymoon’, ‘Don’t Stop The World’, and ‘English Girls/Working Boys’.

The original band split up in 1978, but members of the band turned their hand to other musical adventures. However periodically they play a number of selective shows up and down the country.

Paul Du Noyer, author of Deaf School: The Non-Stop Pop Art Punk Rock Party states that in Liverpool there were only two bands that mattered, one being the Beatles and the other Deaf School.

Deaf School were the first band that mattered to me, the first band I knew who had character nicknames, had wit and a sense of theatre about them, their influences ranging from Roxy Music, Manhattan Transfer, Sparks and Cole Porter. They were one of the most exciting, glamorously outlandish bands to watch live, and I was lucky enough to see them in 1977 at Eric’s, with a rammed, hot sweaty audience. 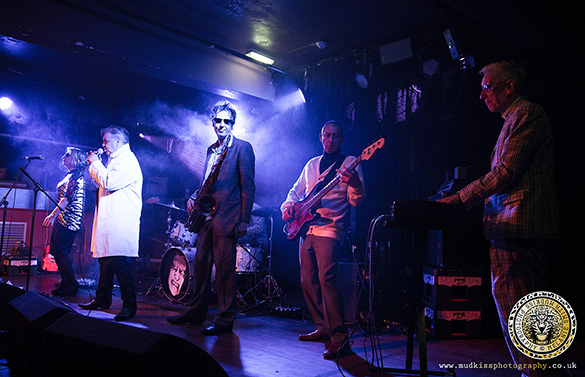 Tonight as I witness their performance through my lens I am still captivated by their sensational, witty lyrics (and sing along quietly) – you never forget them after all these years. They have a timeless, entertaining stage presence, songs which stand the test of time, and can be summed up with one word – LEGENDARY!

The band can be found online here: deafschoolmusic.com.