Home Music Bands Deadwall rise up from the floods 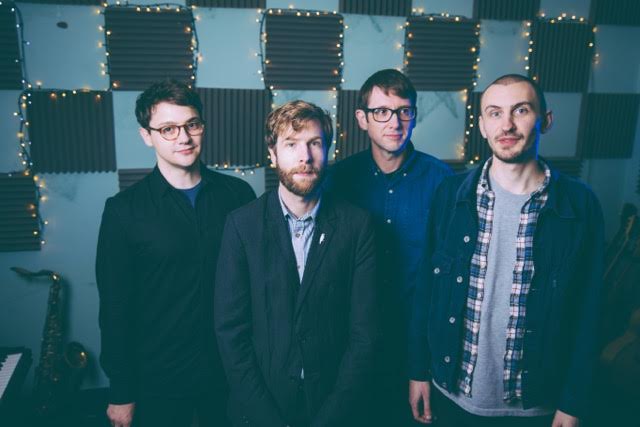 When hot tipped Indie kids Deadwall lost their gear in the Boxing Day deluge that devastated vast swathes of Leeds they didn’t think that something great would rise from the wreckage. Once songwriter Tom Gourley and his three bandmates had dried out what was left of their gear they decided to cheer themselves up by recording a new tune, The Talk, that they had marked down for a B-side. But once they laid the track down they knew they had a pop gem on their hands.

“We recorded it at Greenmount Studios with Matt from Hookworms who we’d made our upcoming second album with so he’s our go to guy, but his studio had been flooded and the space we were using to rehearse was also under water, so a lot of our stuff got wrecked,” recalls Tom. “So we decamped to Greenmount, and did it all in a day despite the fact we were fumbling about using gear that wasn’t ours, and Matt was in a studio that wasn’t his.”

Deadwall have a reputation as a serious band who take their time in the studio, but the jaunty pop of The Talk was the just tonic they needed after the floodwaters had abated.

“We put it together quickly so it wasn’t something that was part of the LP sessions, and it was only a couple of weeks in writing it from silence to having it recorded. There was a feeling in the band of just shrugging our shoulders and doing it, which means we just have a lot of fun playing it.”

Once the track was in the can the band decided it was just too good to throw away on a B-side so they offered it to Leeds based Come Play With Me, who specialise in releasing old school 7 inch vinyl singles from bands based in the Leeds City Region.

“We did submit to Come Play With Me before, but we were rejected as we gave them whole of our first album, and they were like ’thanks guys, this sounds nice, but what are we supposed to do with this?’, laughs Tom “ That’s a typical Deadwall story as we got it very wrong the first time, so we said have one track this time instead of a full album.

“I don’t what sort of strike rate that is – whether offering a LP counts as ten failures or one?”

Deadwall’s tune has now been released as a double A-side (ask your parents – kids) limited edition single with another local band Her Name Is Calla providing the flipside, but Tom and his mates are not getting all faux Leeds hipster cool about it.

“I could try to pretend as musicians do to be really cool and coy about it but we’re not like that at all. We feel really privileged that we have a song printed on vinyl as we’re geeky as musicians – so we’re into vinyl, we’re really into our gear and recording techniques.

“We’re geeks so to have our name on a seven inch single is a real honour, and the record is coming out on 12 inch which we are just beside ourselves about.”

To order the single go here.

Deadwall can be followed at @_DDWLL_ or liked on Facebook.