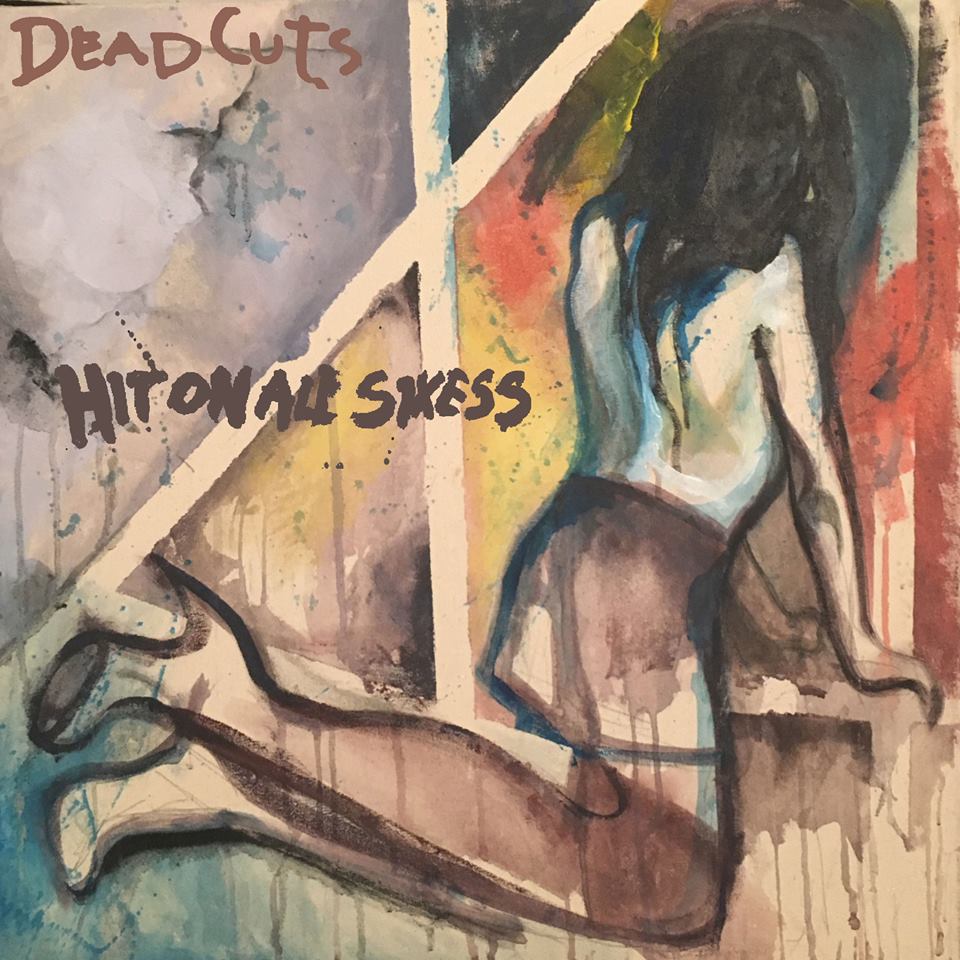 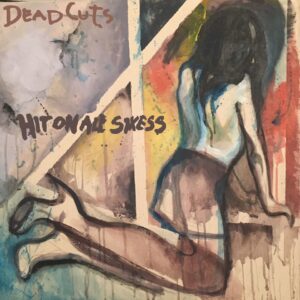 Deadcuts is the brainchild of songwriters Mark Keds and Jerome Alexandre. Keds is best known for being the main man from 90’s rock/punk outfit Senseless Things, often bundled together with the Grebo/Black Country bands of the time. Having seen them live several times on the same bills as the likes of The Wonder Stuff and Neds Atomic Dustbin, Senseless Things always seemed to me to be edgier, harder, heavier and faster than some of these other bands.

Alexandre has an interesting backstory and has been in and played with several bands over the years: founded The Skuzzies, toured with Pete Doherty/Babyshambles, played with New York Dolls Sylvain Sylvain along with Gary Powell, collaborated/appeared onstage with punk legends Mick Jones, Captain Sensible & Glen Matlock. The list goes on…

As an album, “Hit on all Sixess” is an enigmatic shadowy tour de force both musically and lyrically. Keds – “(the album name has) come to represent the dual forces of creation and destruction that govern nature”.

From the opening bars of “Single” the intent and musical reference points become clear, with vigorous goth-like guitars and throbbing bass made popular in the early 80’s by bands like Bauhaus & The Cult. Add to that Keds familiar grainy voice and profound sensitive lyrics “single guys and single girls, all alone as we leave this world”. Expectations laid down for the rest of the album

When you mention the 1980s to many people, the first thing they conjure up is images of garish fluorescence, big hair, terrible fashion and throwaway pop, new romantic and dance music. However, the early 80’s mined a rich seam that saw punk move on, developing and growing into new “alternative” scenes – post-punk, goth & “indie” bands. Deadcuts sound borrows heavily from the dark energy and powerful resonance of many of the bands of this era while adding their own edginess and twists to ensure it still feels fresh and exciting. 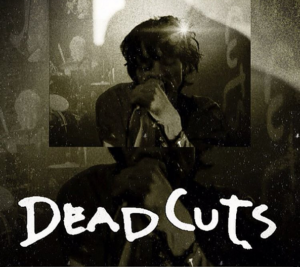 On a number of the tracks on the album, Mark Keds gravelly vocal intonation is not a million miles away from Richard Butler of Psychedelic Furs. The Furs overall sound is also reflected in songs like “Unfaithful” with its yearning saxophone and on “Sleepless Allies”.

The dirty bass opening on “Opium Style” juxtaposed with simple piano builds up in layers then back again to the piano echoing broodingly to fade.

Clattering guitar, and pounding bass feature heavily on many of vast soundscapes and reverberant bombast prevails on many of the tracks adding a Killing Joke vibe to add to the mix.

The poetic lyrics are often sombre but somehow, no matter how dark the music seems, there is an uplifting feel to the album too. “Isn’t it beautiful” Keds croons on “Craving”. Then back to “the black hole of Calcutta” on “Venus”.

“The Purge” is one of the more desolate songs on the album lyrically and musically, Keds seems to be literally “purging his soul” in his outpouring. Immediately after this there is the equally bleak “My Delinquency”. “Summon the Witches” brings the pace and energy back up again with its soaring guitar and crashing cymbals.

The guitar intro, bass and underlying tune/melodies on “Permanent Twilight” tip their hat to Siouxsie and the Banshees with a wee twist of shoegaze. The album’s final track signals the end in more ways than one. “The final stretch, the last parade, end of the journey” are some of the euphemisms about the end used throughout, before Keds utters the “Don’t Die Yet” refrain of the song title.

Growing up as a fan of the music I can hear referenced throughout, “Hit on All Sixess” ticks all the right boxes for me.

Having said that there is, however, plenty of Mark and Jerome’s individual personalities and backgrounds shining through here to differentiate and give Deadcuts their own vital dynamism that will ensure I will go back and listen to this album time and again.