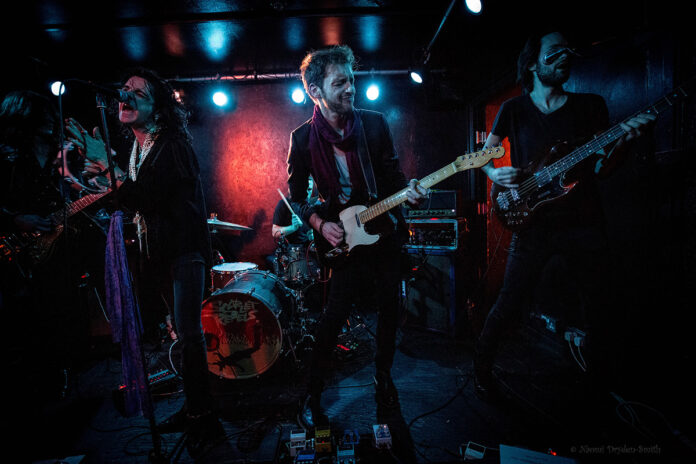 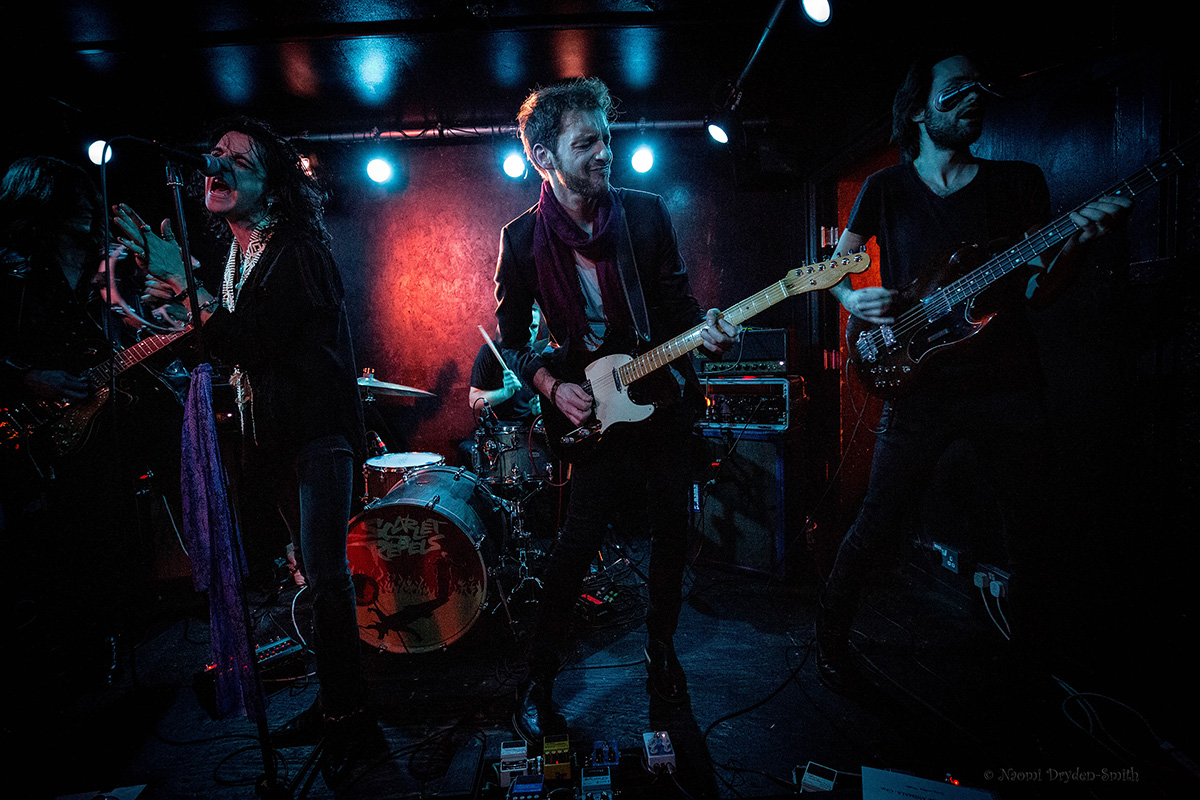 Dead Writers put on a mighty support set in the tiny but iconic The Black Heart, taking the audience by storm and staking their claim to a deserved place on the rock map.

Dead Writers have been on the LTW radar for a while now, well before the release of their latest, excellent, single Among Spirits.  Charismatic singer-songwriter is the driving force of the band, alongside Filippo Faustini on lead guitar.  In their own words, they describe their style as “Rock & roll like a literary movement. Wounded songs for restless minds.” and they’ve impressed Nick Cave who said they were “Astonishing”. Tonight they are joined by Alex Anthony (bass), Joe Johns (rhythm guitar) and Joe Snelgrove (drums).

The venue is sticky-floored rock haven The Black Heart pub in Camden, where some punters look like they’ve just stepped off the set of The Lost Boys. Dead Writers have been allocated the first, trickiest, most likely to be talked through slot, with an audience who are a bit distracted tucking into their first pints of the night and catching up with mates. 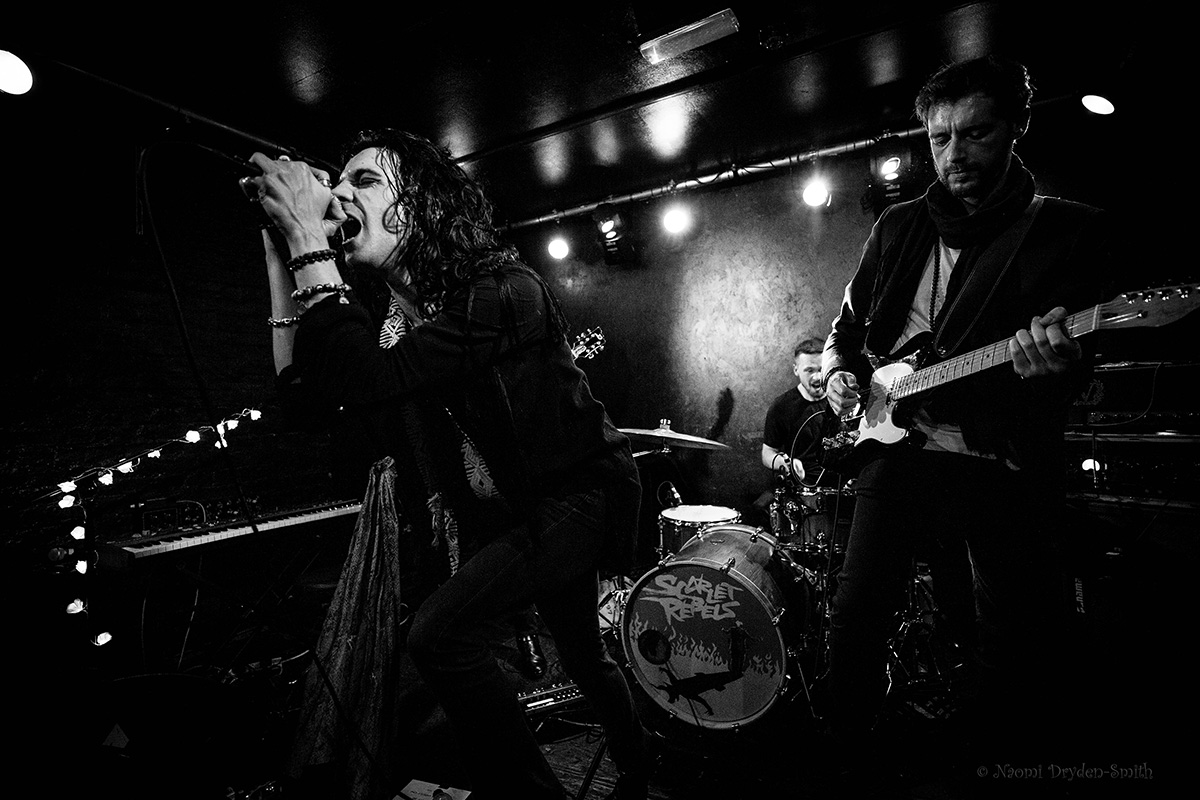 But as the set opens and Meet The Shadow kicks off, it’s clear that this band isn’t going to be so easy to chat through.  Shine’s energy and passion for performing his songs is striking and compelling – he commands attention and you can’t help but be drawn in.  An extremely talented pianist, he divides his time between the mic and his keyboard, rushing around the stage in rock god mode, his voice searing through the lyrics. And there’s an almost symbiotic relationship between him and Faustini as they physically lean on each other while delivering their creations.

The six-song set ramps up steadily, reaching penultimate song Among Spirits. There’s a David Sylvian feel to the verses, while the chorus leans on Manic Street Preachers but goes off in its own direction. And once you hear it a couple of times it stays with you for days. Tonight it feels a bit epic, the audience has now been well and truly captured and the band is visibly sparking off each other.

By final song, pure rock showstealer She’s All The Animals, Shine is giving it everything; he’s on the monitors, he’s in the crowd, the band are completely in sync and it’s a high energy performance from all of them.  Everyone’s punching the air, “She’s all the animals!”.

This band is going to need a bigger stage. 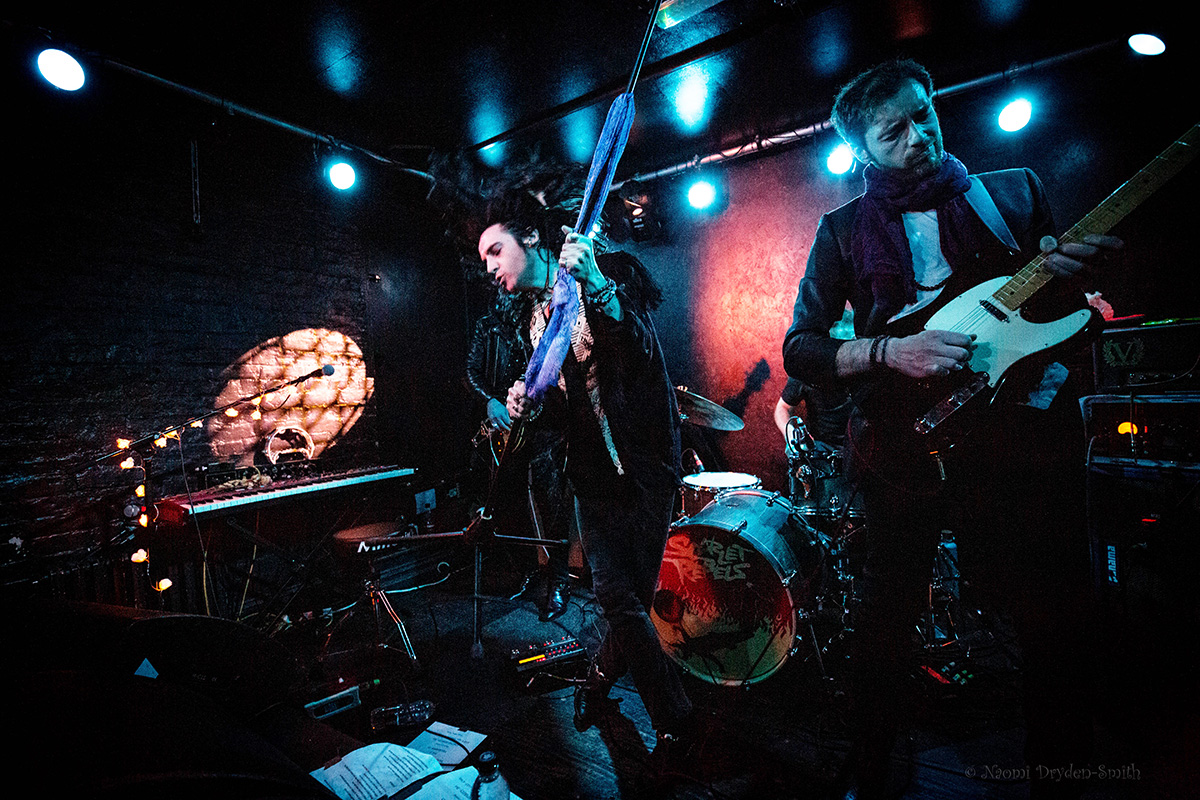