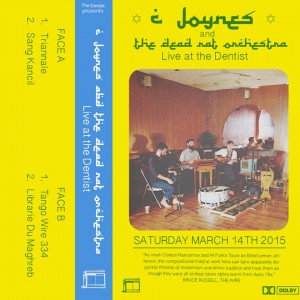 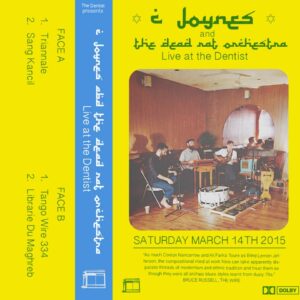 Folk music isn’t always known for its experimentation. Authenticity and tradition are often preferred over innovation. Audiences like performers to act as guardians of deeply held cultural heritage, their archaism often positioned as a bulwark against the deadening effects of modern interconnected life.

The Dead Rat Orchestra aren’t like that. This fearless trio – Daniel Merrill, Robin Alderton and Nathan Mann – take everything that folk purists hold dear about their traditional musicks and chuck it in a blender, mixing songs from hundreds of years ago with avant-garde drones, Arabic classical music, rusty blues and hoarse-throated hollering. The result is an open-ended devotional music, its rusty clonkings both ritualistic and euphoric. Joy and sorrow in our hearts, boys.

Born out of an almost microscopic community of sonic voyagers in Colchester, Essex, at the start of the 21st century and now into their second decade of existence, the band has sound-tracked films about seagull hunters in the Orkneys and created hypnotic soundscapes using specially forged meat cleavers. They’ve toured Europe with Godspeed! You Black  Emperor and, spent last summer travelling the canals of southwest England excavating the songs of the nation’s waterways and performing them as they did so.

The latest milestone in their long strange trip is collaboration with the questing folk guitarist C Joynes. A fellow traveller, he shares the Orchestra’s slightly quizzical relationship with traditional music, his intricate fingerpicking carving out a gorgeous, hallucinatory soundscapes, which bear some resemblance to the trippy Americana of John Fahey or Sir Richard Bishop – Cambridge Primitive, you could call it.

Joynes, like the Dead Rats, is also a thirsty connoisseur of non-European music, capable of immersing himself in the sinuous complexities of African or Middle Eastern blues. His collection of cassettes, gathered during many years wandering the globe, are the basis for this new set of tunes.

He and the Dead Rats have dredged these tapes for sonic fragments, enlarging them and reworking them into a series of dense and swirling compositions, lovingly crafted ethnological forgeries that throb and hum with life while paying tribute to the musical cultures that originally birthed them.

They’ve been playing these pieces live for six months or so – whether they’ll ever get round to recording them seems to be an open question at the moment – and so by the time this gig rolls around, at the gloriously shabby and intimate Dentist on the very edge of fashionable east London, they’ve refined them into dense, heady sonic morsels.

The Dentist basically resembles a student house that has been trashed by one too many parties. Hardly the largest venue at the best of times, the vast amounts of instruments and sound making devices assembled by Joynes and the Rats seems to take up most of the space normally occupied by the audience. I spot a guitar, two violins, an African hand drum, a small harmonium, an assortment of what look like cooking pots that the Rats assure me are a set of Indonesian gamelan, a thumb piano bass drum, a taishogoto (a strange stringed instrument somewhere between a Japanese Koto and a zither), and a loop-making machine. It’s like a museum crossed with a lost property office. 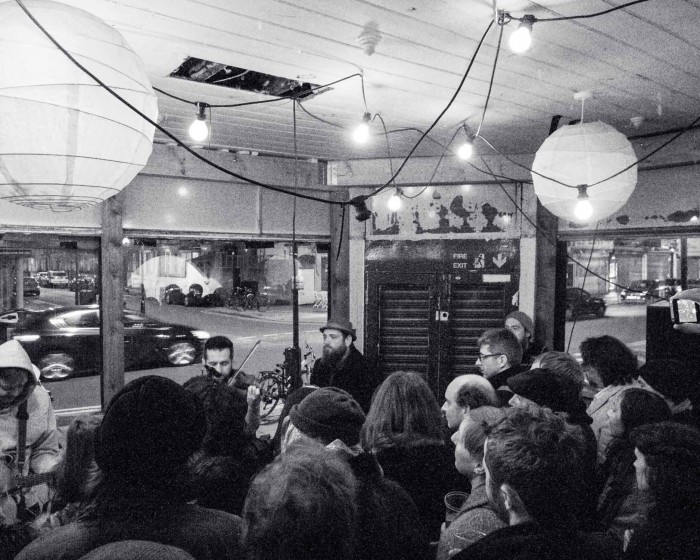 The quartet don’t quite manage to play all these instruments at the same time, although as they coax these esoteric devices into life it sometimes if feels as if they’re trying to.

Alderton, crouched in the corner, forces wheezing drones from his battered harmonium before switching to his cooking pot gamelan to strike gleaming droplets of sound. Mann gets all sorts of almost electronic tones from his taishogoto, occasionally leaving it mess with fuzzy drum loops or weave thumb piano lines into the mix. Merrill, meanwhile, bows his violin like a man possessed, his slithering motifs casting a sharp swathe through the layers of sound.

Joynes, inscrutable in a rather fetching grey hoodie, sticks with electric guitar throughout, as the rest chop and change between percussion, strings and keys, his playing generating tightly coiled guitar lines that shimmer with tremolo, like Dick Dale in a souk.

Tango Wire334 is particularly sprightly, Joynes’ guitar mirrored by brushed gamelan clonks and snare drum tattoos. It judders and shakes, its rusty and unhinged notes threatening to fly apart at any moment, and, despite its Argentine origins puts me in mind of some quirky French film from the 1990s.

The crowd are tightly packed and beaming, even more so when passers-by, gazing into the large shop window that forms the Dentist’s front wall, stop in their tracks as they catch site of the scruffy crew and their madcap excesses.

Librarie Du Maghreb is less frantic, Joynes and Merrill setting up a blinding violin-guitar two header, the guitar silvery and trippy and the violin twisting and turning like dust storms in the desert as Mann batters his taishogoto in double time and Alderton keeps things on point with a steady hand drum rhythm.

People are already moving and swaying by this point, so Merrill takes it upon himself to coordinate this into a dance he claims he learned from a Nubian wedding observed during a visit to Cairo. “They fire huge cannons of perfume over everyone,” he explains, before instructing us in a stately sidestepping movement. It works, especially during the next number graceful, Arabic inspired slinkiness. It’s odd at first, this deliberately limited movement – but as we all lock into the hypnotic rhythm, it all starts to make sense, like  the perpetual rolling of waves in the sea, we feel like we could do it forever. 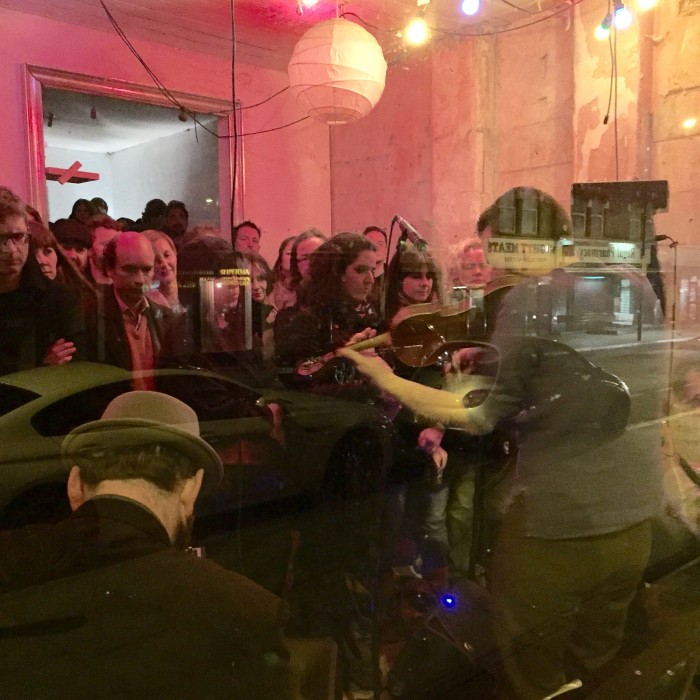 I’ve seen the Dead Rat Orchestra play live many times since I first came across them (as part of that aforementioned G!YBE tour a few years back) but this is one of my favourites so far. This music really is transporting, opening up whole imaginary sonic realms, a kind of world music science fiction, perhaps like Jon Hassell’s Fourth World project, but less cerebral and airless. These works are full of life and air, music to dance and drink to.

Eventually it has to end, obviously, with the mesmeric, gamelan and thumb piano- driven Sang Kancii, its shimmering backdrop like early morning mist on a mountainside. I savour the last glimmers of violin and dustbowl slide guitar then rush off for the last train, the real world crashing into my dreams of temples and deserts.

Thanks to Andreas Blackman (black & white) and Phil Brunner (colour) for the photos.