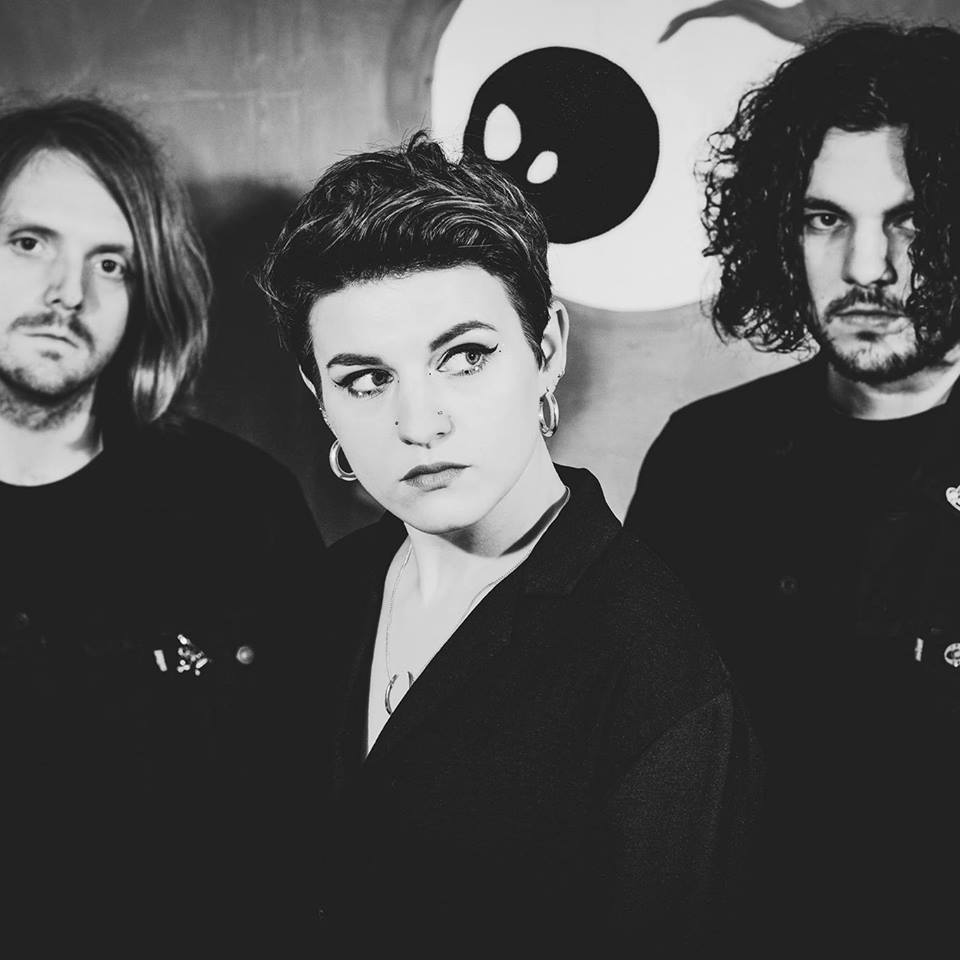 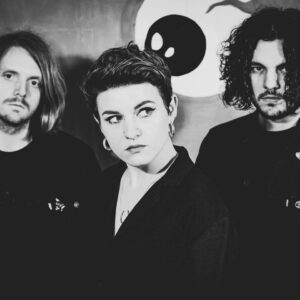 Dead Naked Hippies have an explosive stage presence and they have managed to translate the feeling of immediacy to their recorded work. The single Guillotine is every bit as dynamic as you would expect from this triad of musicians, who have been bringing their fierce brand of post-punk to the live circuit since 2016.

Guillotine deals with how we react to those who have hurt us. In the words of singer Lucy Jowett:

‘Guillotine is an exploration of grief. It’s the fine line between wanting to retaliate to someone who has caused you hurt or choosing to cut out the dead weight they have created in your life. It’s also an acceptance that it’s ok to be angry and to feel fragile. The track has a strong emotional undercurrent, but we’re still showing our teeth.’

The music certainly has bite. The track shows music exploring emotion does not have to lack force or presence. Whilst Lucy Jowett’s voice can be sweet and clear it never lacks dimension or personality. Guillotine with its moody, quiet interludes, guitar heavy and subtly sweet is punctuated by louder, crashing, strident phases erupting from the music as if it can barely subdue them for the rest of the track. It is compelling and powerful.

Dead Naked Hippies have been hot property since they formed and have featured on BBC introducing. They played on the Festival Republic stage at Leeds Festival last year, and are already looking forward to playing at Tramlines Festival, Leeds and Humber Street Sesh in Hull this festival season. With features in a number of magazines including DIY, DORK, Metro and PRS, they look likely to feature in the current alternative scene for quite some time. Catch them if you can.