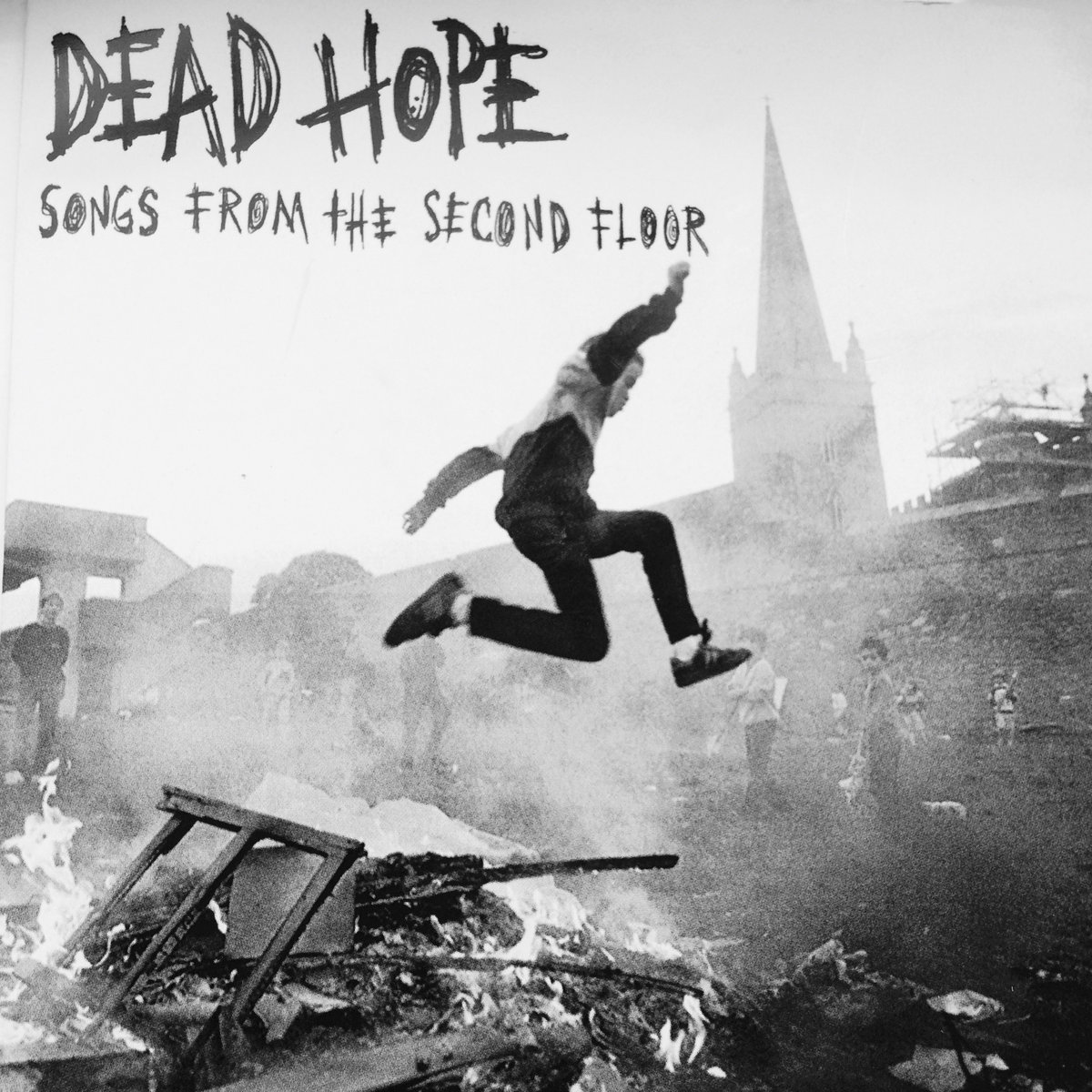 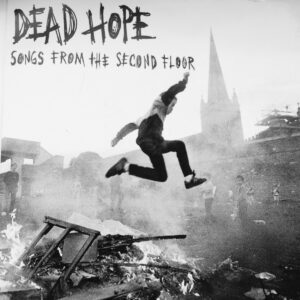 Dead Hope  – Songs From the Second Floor  (self released)

Nihilistic post-punk from Glasgow. Reviewed by Neil Hodge – his first piece for Louder Than War.

Dead Hope are a 3 piece post punk band from Glasgow consisting of Scott McCluskey on vocals and guitar, Andy Crone on bass and Keith Martin on drums/percussion. The band are “influenced by Crass, Raymond Carver and Orson Welles”. For a 3 piece they create a great racket. Andy & Keith are a tight unit and play a powerful, melodic rhythm overlaid by Scott with an array of angular, distorted and fuzzy guitars, helped by a selection of FX pedals.

With their post-punk sound/attitude they can easily stand side by side with classic Sonic Youth, The Pop Group and The Fall (albeit with a more tuneful singer!). At times they are reminiscent of the likes of Glasgow band Urusei Yatsura and their ilk.

In an attempt to set the scene for their music, the first thing that strikes you is the stark nature of both band name and album cover.  The album art features a black and white image from acclaimed photographer Ed Kashi. It depicts a crowd of youths jumping over a pile of burning junk on waste ground. Images of the band don’t appear anywhere, similar to their Facebook site, where they have previously used images from dystopian movie “Gummo”. A film following a group of nihilistic youths trying to fill their seemingly meaningless lives in a town devastated by a tornado.

The album title also has a cultural reference. This time to Swedish movie of the same name. A surreal series of unrelated bleak tales which point to the often futility and at times horror of modern life. On a lighter note, it also references the bands rehearsal space which is on the second floor. So Dead Hope all round? I think not.

It is hard for me to pick out highlights as the album delivers from start to finish and has plenty of great tunes, hooks and lyrics throughout.

This is a band that has clearly thought about what it wants to say. Not only in terms of the music but in the imagery it uses to link to the music.“The devil is in the detail”

Pigs kicks off the album as a statement of intent. With driving bass, crashing cymbals and fuzz guitar featuring the first line “Would it be alright, to burn you all alive” The lyrics are bleak at times (“Tell me your major issues, there’s nothing to look ahead to, its easy to lose the point on the way”) but the music is uplifting and I was drawn in from the start and from then on the album never disappointed me.

Following on from Pigs comes Thieves and Vultures with its choppy driving guitar line and vocals delivered in almost staccato style. Truth Be Told, which was the first track released from the album, for me is one stand out. With lines like “the pointless conversation became my inspiration for everything” continues the lyrical theme.

Ultraviolent wouldn’t sound out of place alongside Dinosaur Jr & there isn’t a lot of love lost for whoever the song is directed at “I could try to lie, but you’re not worth it, all your stupid friends, I hate them too”

A couple more intense songs in a row. In Freaks, Scott spits out the lyrics with vitriol. And when he delivers the “I hate both sides” refrain from Hate Both Sides with fury I really believe him.

By the time Name the Saints with its slow brooding build up into another great tune comes round, I’m disappointed that there are only 2 tracks left on the album. The jaunty & upbeat album closer Swordz opens with the couplet “So this is it, this is your final test” and includes the line “there’s no point to prove”.

With this cracker of an album, Dead Hope have more than proved their point and have passed the final test with flying colours. “Hope” is certainly not “Dead” and I hope to hear much more from them in the future.

The album is available to buy on CD and download from here.