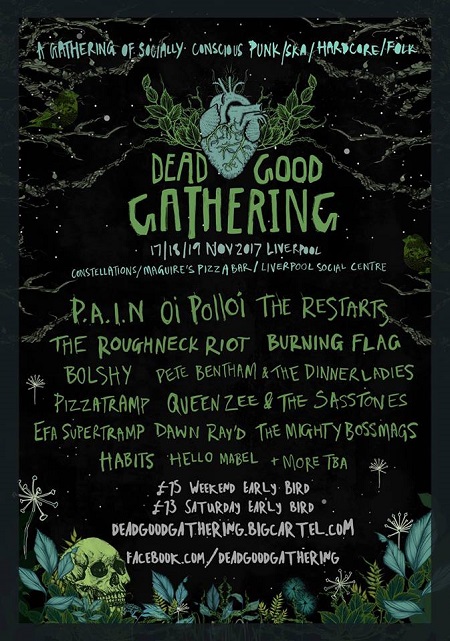 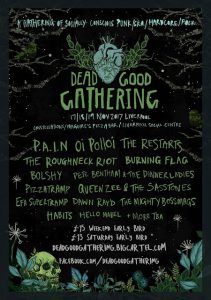 The annual Dead Good Gathering has been announced for 2017 and will take part from Friday 17th November to Sunday 19th November inclusive.

Now in its third year, Dead Good Gathering is the work of a collective of punk rock promoters and bands in Liverpool to give us something to build on, and that features in the punk rock festival diary for the year alongside Rebellion Festival, The Manchester Punk Festival, Wonk Fest, Strummercamp, & Pie Race, etc.

The running order for each day is yet to be announced but here’s what’s happening over the weekend!

Friday will be an evening affair in Maguire’s Pizza Bar with 5 bands.
Saturday will be running all day in Constellations with the line up including Oi Polloi, P.A.I.N. and The Restarts.
Sunday will be a lovely wind down at the Next To Nowhere Social Centre.

The line-up announced so far for this years event includes the following bands: