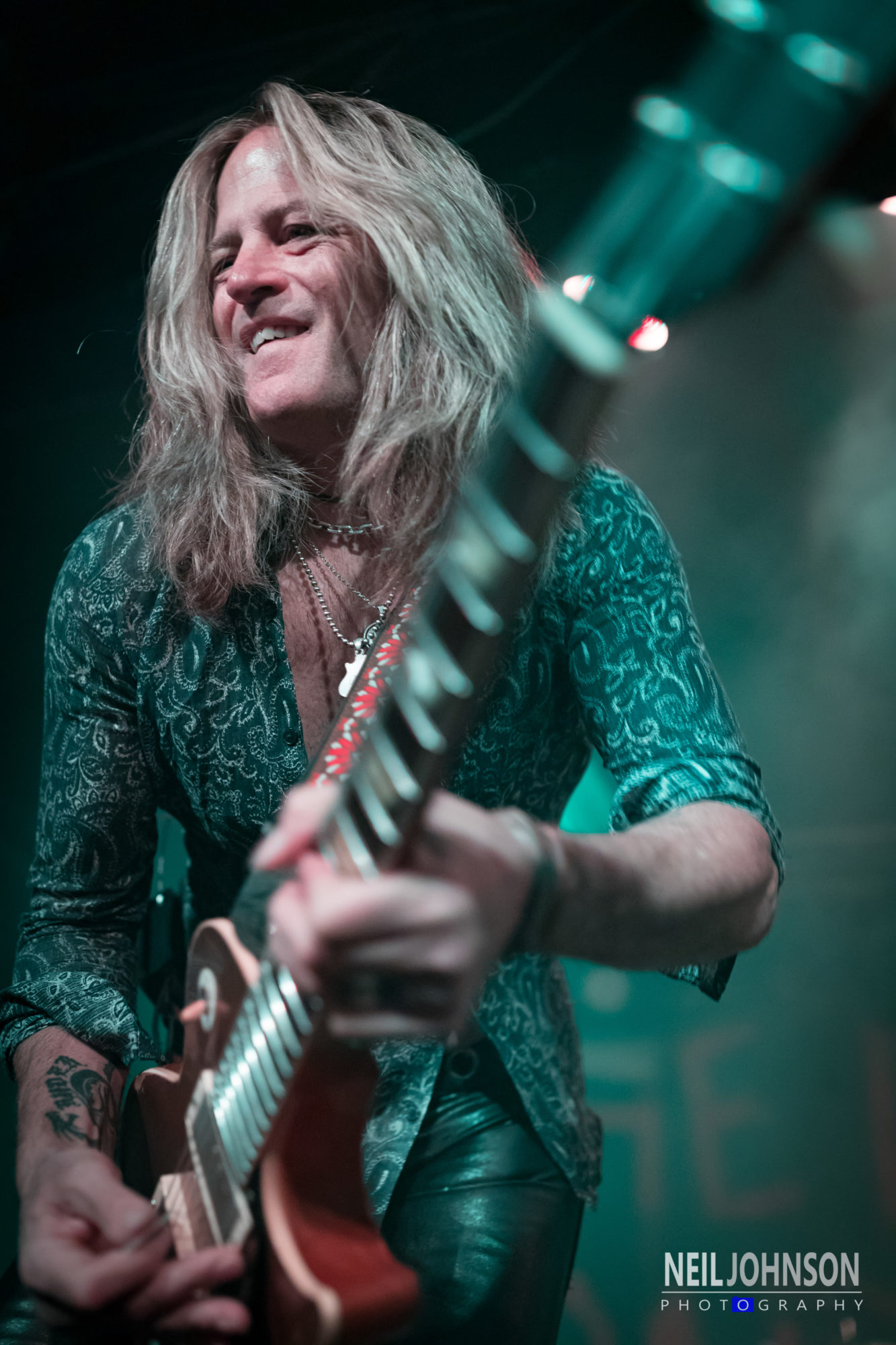 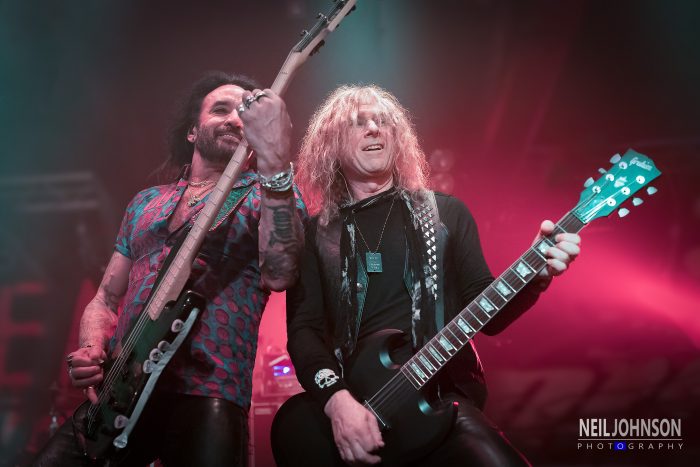 With a lineup that includes both The Answer and The Dead Daisies, you know that you are in for a treat, especially in a small packed venue like the Sheffield Corporation.  On first glance putting these two bands together on the same bill seems a little odd, the Answer’s new record ‘Solas’ is smooth and caressing compared to the Daisies ‘Make Some Noise’, which is, well, it’s neither of those things.  But, like combining chocolate and chilli, the Answer and Daisies make for a stunning evening of live rock music, both bands are adept at whipping up the audience and encouraging everyone to go home with a smile on their face.  The Answer’s singalong ballads and the Daisies anthemic sing-a-longs make for a proper night out!

I turned up at the Sheffield Corporation not knowing what to expect, it’s basically a grungy club in the back streets of Sheffield, ideal for a night of rock music.  What I didn’t expect was to hear Lynne Jackaman.  She played an acoustic set which really let her soulful voice take centre stage.  Stunningly enjoyable, what my friend Chris would call ‘pretty’ music, the kind of sound that makes you smile, no matter what else is going on in your world. 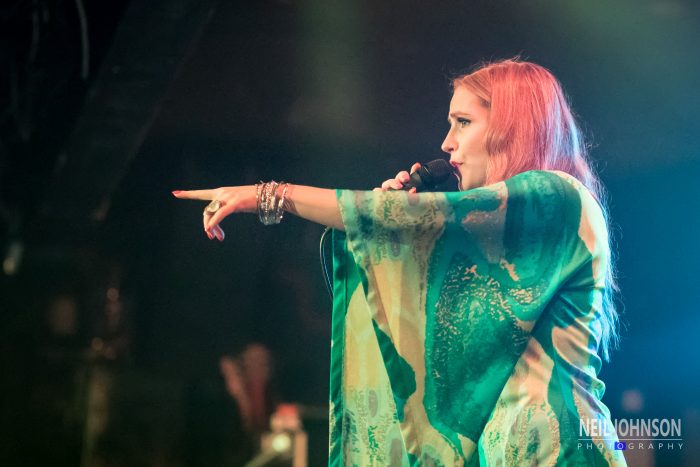 Jackaman managed to fill this dark and grungy space and captivate the Daisies and Answer audience with a stripped back acoustic guitar arrangement and gorgeous soul songs.  Previously she fronted rock and soul band Saint Jude but is now going solo, it’s hard to imagine that she won’t be even more successful given the reception that she received from the Sheffield Corporation audience.

The Answer and The Dead Daisies are alternating headlining between each tour date on this EU Winter tour.  Tonight, the Answer are in a supporting role, although you wouldn’t know it by looking around the capacity venue.  A sold out show and everyone is in the building early to catch the Answers show.

Kicking off the set with the delicious drums and bass of ‘Solas’, a song which sums up the rest of the new record, its intelligent lyrics and solid songwriting can’t fail to have your feet tapping.  Lynne Jackaman came back on during the Answer’s set with Cormac to do ‘Nowhere Freeway’.  Lynne also sang on the track on the ‘Revival’ album back in 2011.  The pair clearly got on great and had a lot of chemistry on stage, a real highlight of the set for me.  The main set ended with ‘Demon Eyes’, which is a scorcher of a song, Cormac’s outstanding voice combined with such a hook is hard to resist!

In true style, they abandoned the melodrama of walking off stage, only to come back on for an encore and simply asked if the crowd wanted more, which they clearly did!.  Choosing to end the set with ‘Battle Cry’, which is a catchy singalong ballad and I’m sure probably laid the foundations to plenty of lost voices the morning after. 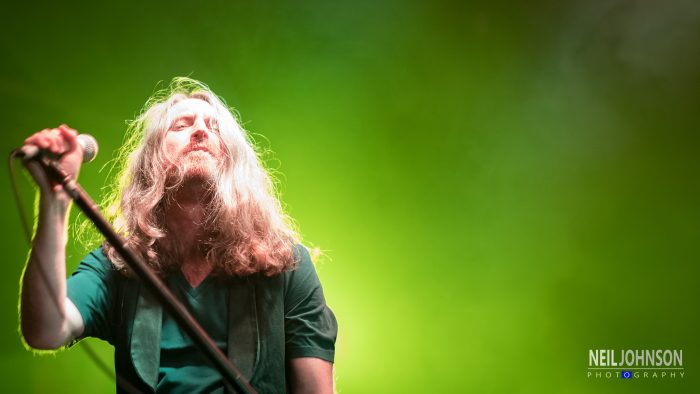 With the stage clear for the Daisies, it was time for the chilli to complement the Answers chocolate.  There is nothing delicate about the Dead Daisies, you know exactly what you’re going to get, punchy, feelgood rock from some of the best rock musicians in the business.  They walked on stage and slammed into ‘Long Way To Go’, i sincerely doubt that there is any better way to begin a Daisies gig, Doug Aldrich had a huge smile on his face as he ripped through the opening bars, the energy from the band and crowd had the Sheffield Corp walls shaking.  Once John Corabi got to the chorus, the energy levels jumped up another notch, pretty much everyone screaming along with the band.  There was no let up from the band, who went straight into  ‘Mexico’, ‘Make Some Noise’, ‘Song and A Payer’ and ‘Fortunate Son’, the latter of which almost certainly finished off anyone who had vocal chords left by this point. 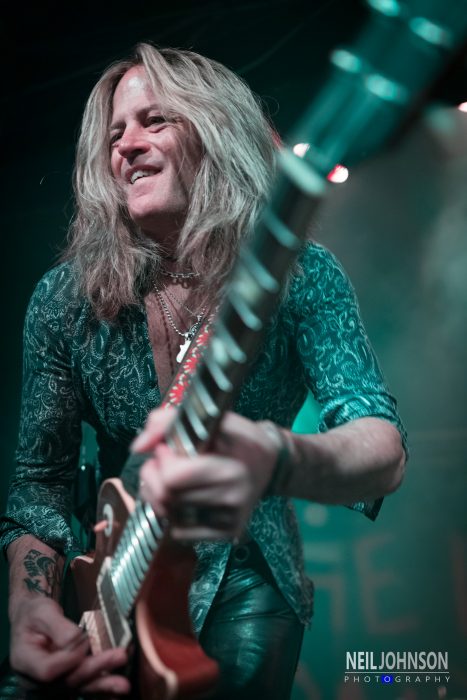 Standouts during the show, aside from the opener were ‘Mexico’, which is a proper foot stamping, singalong rock anthem which the Daisies excel at and ‘Lock n Load’, which was written in combination with Slash.  Slash’s influence on this track is obvious from the first note and handled, as you would expect, especially well live by Doug Aldrich and David Lowy.

Just to ensure that everyone had a croaky voice the next morning, the Daisies went into a stunning cover of The Who’s ‘Join Together’, which had Corabi encouraging the audience to sing along.

The Daisies are a rock n roll machine and hard to fault live, Corabi encouraging the crowd to join in backed by one of the finest selection of rock guitarists in the business.  Feel good, energetic rock  at its very best.

You can find The Dead Daisies online here: https://thedeaddaisies.com/. They’re also on Facebook and twitter, as @theDeadDaisies.