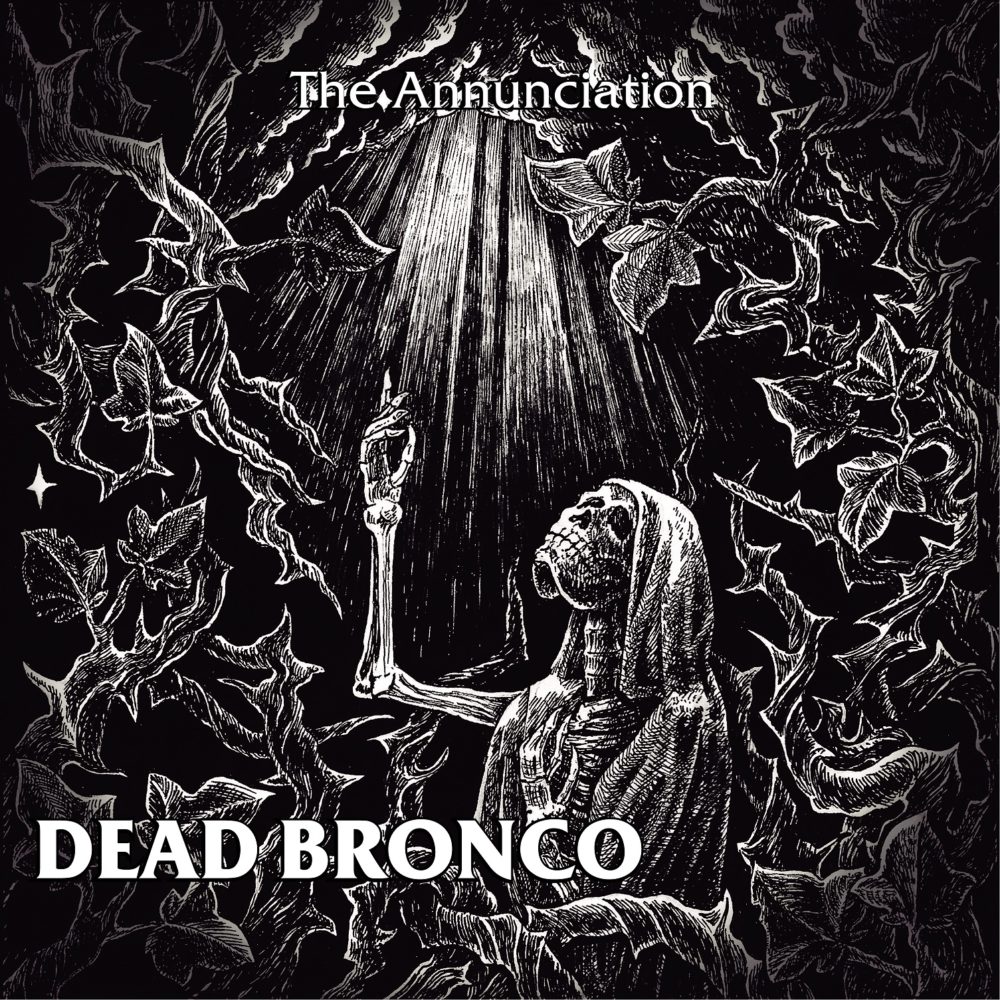 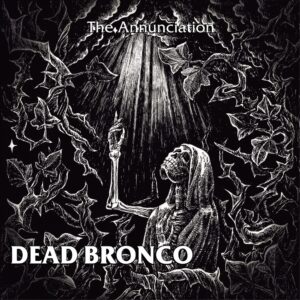 For their fifth album, Florida native Matt Horan, Dead Bronco’s head honcho, has recruited another band of devilish rockers to piece together The Annunciation, a wild trip into scorched earth oblivion through a blend of country, punk, and metal that come together to create an intense album. Starting up gently, The Church Of The Endless Road rises slowly, gradually adding touches of menace through a traditional country rhythm, before it crashes in and rises in a soaring attack of distortion and Horan’s tortured screams of satanic majesty. It’s a ride that they continue throughout much of the record. Dropping down through winding rhythms and spidery riffs that pull you in before they hit with their frenzy.

When they drench themselves in psychotic rage, such as on the relentless Prayers, the effect is Cowpunk on steroids. However, holding back from the metal side of their sound, such as on songs like Do Us Part and That Devil, brings more focus on the vocals and the more subtle acoustic guitar and organ parts that come through from within the darkness. At times, especially in these songs, the vocals are less James Hetfield and more Nick Cave. It’s a precarious balance between the two that narrates the album through its twists and turns. Been Saved and Mutinous Skin are the songs that best encapsulate the “black folk” and “Americana sludge” idea that the band has developed. The galloping rhythms kick up a cloud of thick dust as they power through them like four cowboys of their own apocalypse.

On The Annunciation, Dead Bronco are conducting their own black mass. It’s a strong album that brings together their varied influences well. The songs rise and fall through changes in lilts and tempos, restraints and attacks, and take you through a journey into their own personal hell. It’s a great ride!

Watch the videos for Been Saved and That Devil below: