Home Blogs With the Dead Albatross Award Winner Announced On Weds, Check Out All... 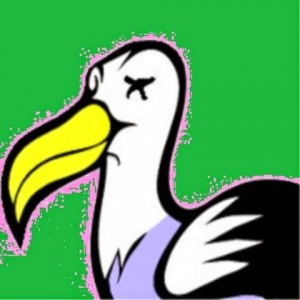 With the winner of this year’s Dead Albatross Award set to be unveiled live, on air, on Wednesday, here’s your last chance to check out the albums on the shortlist via two handy podcasts that Paul Ackroyd, aka Kamikaze, aka the maverick genious behind the awards, has put together.

About a month ago we introduced you to the shortlist for this year’s Dead Albatross Awards. As you’ll know from our coverage the previous year, the prize’s inaugural edition, the Dead Albatross Award is the only viable alternative to the chummy and exclusive (by dint of band’s needing several £1000’s to enter) Mercury Music Prize.

Myself and a couple of my Louder Than War colleagues have been involved in the voting process this year and it’s been much fun trying to decide from the eclectic bunch of records which should be in my final shortlist. I say “fun”, but it’s also, at times, been an exercise in hair pulling out frustration, not least when I got down to my last selection and realised there were four albums that needed to fill that one slot. It literally came down to being a case of giving each of them a number and asking Siri on my  iPhone to pick one of the numbers. And I’ve got to be honest – if I were to start again tomorrow Paul would probably be sent a totally different ten albums! Not very professional, maybe, but the deadline was upon me and I wasn’t going to make a decision any other way.

Before you dip into the music a final reminder that this year the Dead Albatross Award is running in association with those fine people at Norman Records, so you can get a discount on all the albums in the shortlist AND all the album’s in last years shortlist! Full details on their website here: normanrecords.com/features/dead-albatross# – and bear in mind you have only two more days to take them up on this offer.

If you want to listen to the countdown live, as it happens, tune into Reel Rebels Radio on Wednesday 29th October between 8-11pm. There you will hear the “funfair bonanza award show” and find out who wins the Albatross crown this year!

If you need a reminder of the shortlist for this years prize, it can be found below these two podcasts by Paul.

~
All words by Guy Manchester. More writing by Guy can be found at his Louder Than War author’s archive. You can also find Guy on Twitter as @guid0man.