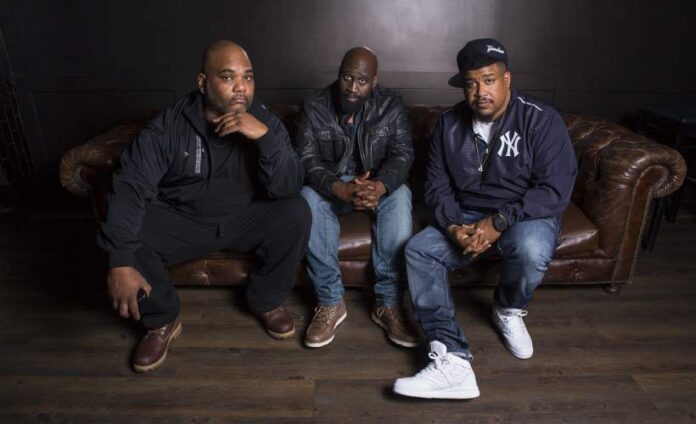 Very few acts can claim to have actually changed the whole course of an entire popular musical genre with their first LP. When the Long Island trio De La Soul released 3 Feet High And Rising in 1989, they did just that. Trugoy, Maseo and Posdnuos totally revitalised Hip Hop (alongside their Native Tongues colleagues the excellent Jungle Brothers), which was beginning to appear pretty staid at the time. DLS knowingly parodied the macho man bluster, the obsession with attaining commodities and the empty b-boy bragging that had become to be the default setting of Hip Hop for many and they did so in a highly inventive and entertaining way. This was the place where smart and sussed wordplay met eclectic and electric sonic selection, with a side serving of truly irresistible beats.

The band used their talents for utilising fully off-beat samples, pithy lyric thrusts and touches of high comedy on the album to fine effect. The latter were delivered via some of their trademark “skits” between tracks, with a wry, self-mocking streak of humour running deep through the album’s entire concept. Added to the music, some neat inner sleeve illustrations, Prince Paul helming the production and a dazzlingly bright design job all helped give the feel of a complete package. Subsequently, record buyers were quick to take up the fully-formed notion of “The Daisy Age”. As well as the parent LP being a huge success, there were also big UK hit singles aboard such as Eye Know and The Magic Number, with Me Myself And I also scoring well on the Top 40 in their home country.

After such a great debut and its associated run of success, De La Soul could have been excused for falling into the old “difficult second album” syndrome next, but for my money De La Soul Is Dead was an even better record. Not wishing to merely repeat themselves, they set about demolishing their own legend in true punk style. Whilst busy kicking over the traces of The Daisy Age through a detrimental spoof commentary that popped up at various points throughout the entire record, they did not neglect to include some fine dance tunes in A Rolling Skating Jam Called “Saturdays” and Ring Ring Ring as well. A long-player to treasure

Third collection Buhloone Mindstate arrived in 1993 and did not sell as well as the previous pair. Despite that, it was another great record that found DLS refining their work yet again. Since then they have continued to innovate through the years – the general public may always associate De La Soul with The Daisy Age era, but they have presented a constantly changing and imaginative force right into the 21st century and influenced many over the years. Along the way, De La Soul have issued more very good singles and albums in their own idiosyncratic manner, like the All Good 45 with soul great Chaka Khan, the two parts of their proposed Art Official Intelligence trinity of albums and the most recent And The Anonymous Nobody… LP from 2016.

De La Soul have collaborated on several Gorillaz albums and finally last year the absence of their music from digital media was finally resolved.

The Celebrating 30 Years Of De La Soul offers one the opportunity to see this unique outfit breathe fresh life into their impressive back catalogue. I’m thrilled to be able to attend the Southampton date at The Engine Rooms, which promises to be quite a night. Get your tickets at the link below, I’ve a feeling you will not regret it.

The full ‘Celebrating 30 Years Of De La Soul’ live dates are as follows: