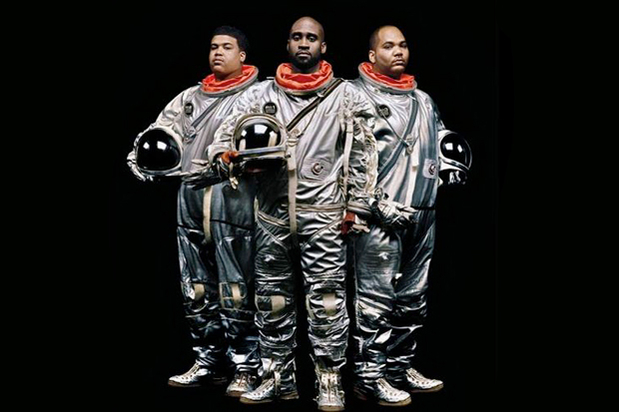 Veteran hip-hop trio, De La Soul, have commenced a Kickstarter campaign to finance their eighth album which will be their first studio album in 11 years. Enlisting Damon Albarn, David Byrne and Little Dragon, among others, De La Soul has set out to raise $110,000 (74,428 GBP) as recording kicks off in late April.

The album will feature De La Soul sampling their back catalogue, as well as recent recordings made by the band with the Rhythm Roots All-Stars.

“Over the last three years, we’ve hired some of LA’s finest studio musicians and recorded them in free-styled, unrehearsed, jam sessions. They played everything from banjo to upright bass, sometimes up to a dozen musicians at once; simply allowing sounds to integrate. We did 90% of these recordings in one of LA’s most classic studios, Vox. We chose Vox because we wanted our recordings to have that creamy analog warm mixing board sound that the old records our parent’s once played had. With over 200 hours of sounds, and vibes, equal to about 250 to 300 full-length vinyl LPs, it’s time that we get to the work. For the first time, we’re going to sample ourselves.”

Some of the De la Soul Kickstarter incentive packages include, the new album, back catalogue, De La Dunks by Nike, a boom box owned by band, dinner date with the band, skype meetings, 10 year show passes and more.

De La Soul and Damon Albarn are no strangers when it comes to teaming up as they won a Grammy for Best Pop Vocal Collaboration on the hit single, Feel Good Inc. in 2005 with Gorillaz. De La Soul later appeared alongside Super Furry Animals Gruff Rhys on Superfast Jellyfish, which appears on Gorillaz Plastic Beach album.