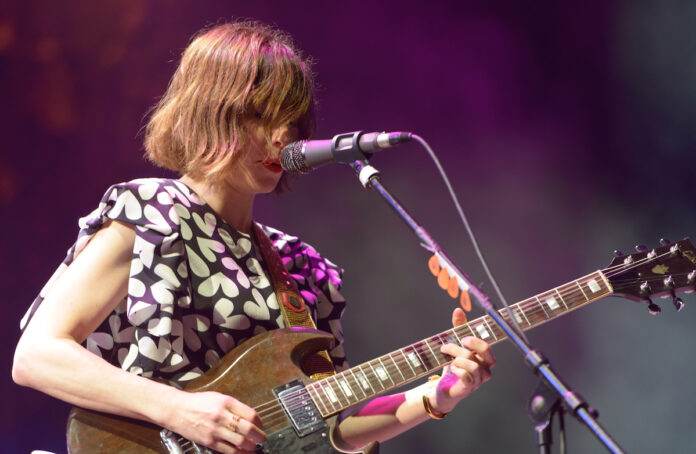 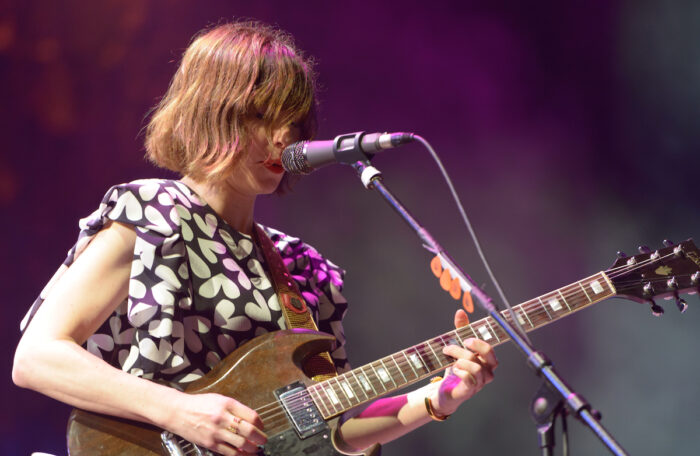 A day filled with incredible performances and filled with insane highlights proving once again why Primavera Sound is one of the best festivals around.

Today opens up with a trip to Barcelona’s largest parc, where every year some of the finest local and international acts take to the stages in the main festivals downtime. As we arrive Hiss Golden Messenger has just taken to the stage and is serenading a packed crowd with his own brand of Americana, there really couldn’t be a better way to start a festival than this. 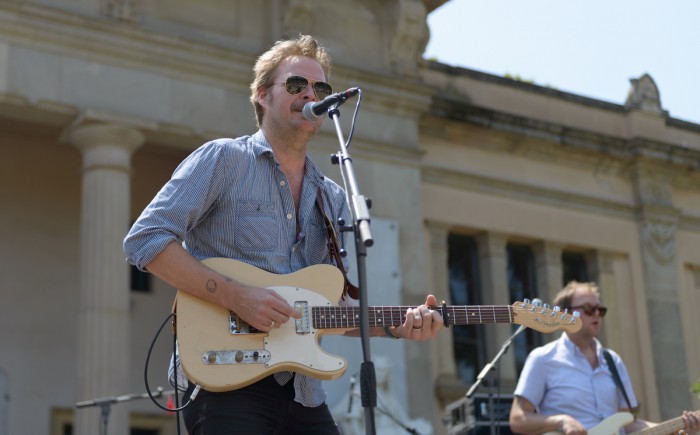 Next up in the parc are the brilliant Cheatahs with new material to promote, they’re doing three shows across the festival; their lively brand of indie rock doesn’t fail to get everyone up and dancing. However, despite this being just a short set you can certainly see the heat taking its toll on the band as it is an incredibly warm day. Yet Cheatahs manage a rather impressive set, due to issues earlier in the day unfortunately we miss a second blast from The Twerps as we venture back to the main festival site.

First up for us though in the Parc Del Forum is one act whom I personally have been inexplicably excited to see. Nuria Graham blew me away with her debut album Bird Eyes, so the prospect of seeing this songbird live was rather tantalising and fortunately she doesn’t disappoint. Her own tracks are greatly received but then in a rather odd turn of events she rocks out a version of Britney Spears Toxic, which sounds absolutely incredible. People are quick to make comparisons to PJ Harvey, and having experienced this live I can concur Nuria Graham has a very bright future.

We stick around the Pitchfork stage to catch Ex Hex whose album Rips is still resonating with us months after its release. Tonight sees them in incomparable form ripping through their set in front of a packed crowd, whipping it into an early frenzy with tracks like Don’t Wanna Lose and Hot and Cold. They make their presence known and have certainly left an incredible impression on me this evening. 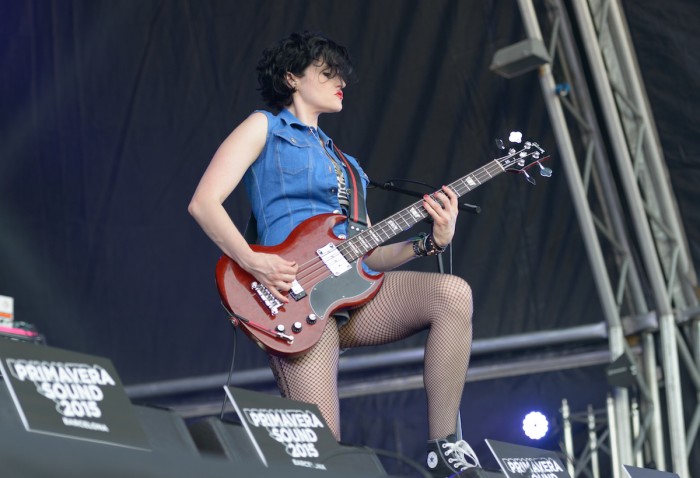 Tonight phenomenal acts are coming thick and fast as The New Pornographers take to the stage next, with a huge career spanning set these twee indie rockers dazzle a huge crowd. Opening up with latest album title track Brill Bruisers, they go on to play the wonderful The Laws Have Changed and the sickly Sweet Talk Sweet Talk. It’s a set filled with wonderfully happy and cheery tracks, perfect for such a laid-back evening festival.

Yet as I mentioned before the quality of tonight’s line up just keeps on astounding me, as Kathleen Hanna takes to the stage with The Julie Ruin. What ensues is nothing short of sheer brilliance, Hanna serenades this baying crowd in her incomparable style as she blasts through tracks like Lookout, Ha Ha Ha and Kids in NY.

Hanna’s speeches are greeted with as much excitement and appreciation as the tracks, as she denounces the need for change and for something new and to leave Riot Grrl in the past. It turns into a truly inspirational set from one of the most impressive bands around right now. 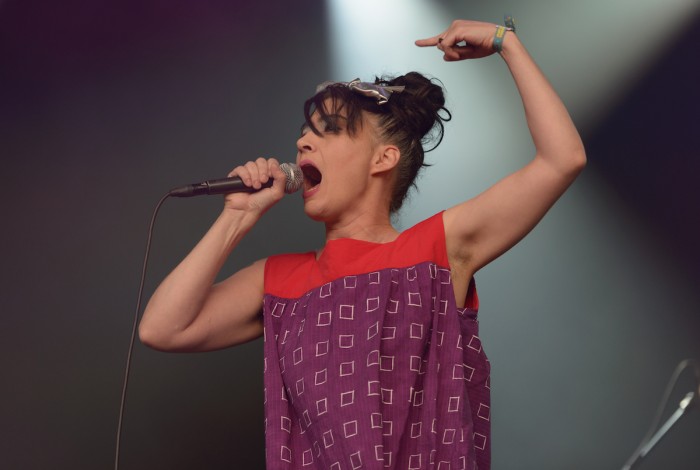 As The Julie Ruin leave the stage and the sun starts to set, Belle and Sebastian take to the stage, opening with the best track on Girls in Peacetime Want to Dance, Nobody’s Empire. They’re quick to keep the party going with I’m a Cuckoo and my personal favourite song Funny Little Frog. Stuart is on majestic form as he bounces around the stage in his own excited manner. Unfortunately I have to leave mid-way through the set though as I make my way over to catch a band who are enjoying a real renaissance.

Judging by the crowd amassing prior to their set, Sleater Kinney is definitely one of most popular bands of the festival. I’ve confessed my love for this band and the importance that they have to me before, but they truly changed my life. Tonight is nothing short of perfect a set which sees them rocket through their past and right into the present. Tracks from No Cities To Love are greeted just as warmly as the hits. 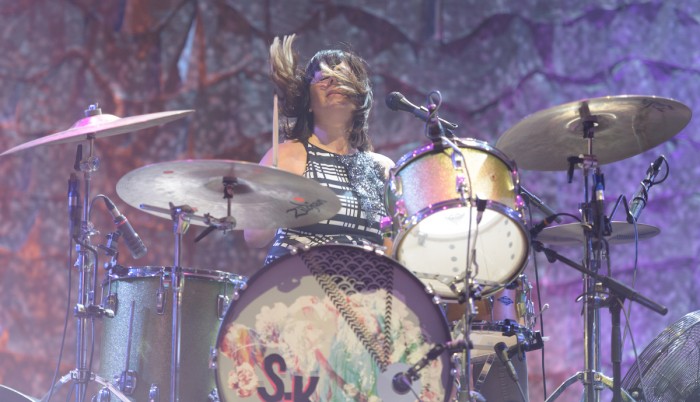 Rousing renditions of Jumpers, Words and Guitar, Dig Me Out and I Wanna Be Your Joey Ramone all provide an exquisite backbone to tonight’s set. Bolstered by some incredible new tracks : Price Tag, A New Wave and Surface Envy, it’s a complete feast for the ears with Corin’s voice emanating from the stage and Carey once again proving a force to be reckoned with thanks to her phenomenal guitar playing. I can’t enthuse enough about this band they have me on the edge from the start and hold me throughout the set. This will go down as probably the highlight of the entire festival for me; it will take a lot to beat this.

As Ride take to the Primavera stage we head back over to the ATP stage, where EL-P and Killer Mike AKA Run The Jewels are getting ready to slay yet another packed crowd. As they burst on to the stage its immediately apparent that they’re going to work this crowd just as hard as they work themselves. They open with Run The Jewels the crowd bouncing along and following their orders, consistently chanting RTJ at every given opportunity. 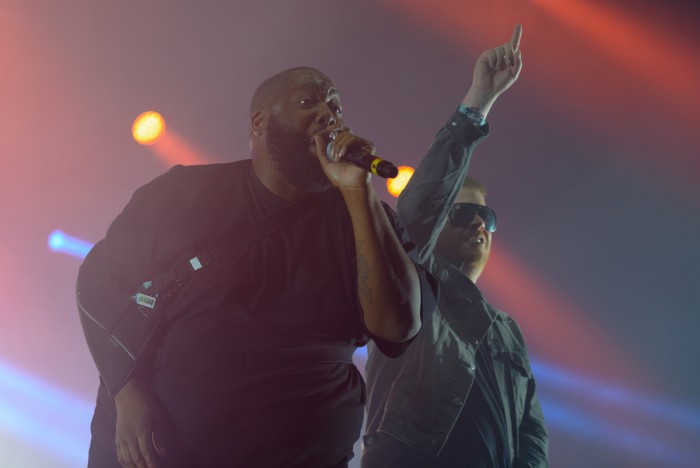 Standing at the back and watching these guys rip through their set which includes the likes of Banana Clipper, Close Your Eyes (And Count To Fuck), Lie, Cheat, Steal is incredible. They have the crowd in the palms of their hands, it’s a true sight to behold, they provide yet another huge highlight in a list that is already jam packed.

It is becoming increasingly difficult to comprehend the sheer magnitude and brilliance of this festival, the fact we’ve missed both Patti Smith and Ride is insane but it had to be done due to the level of talent. One band that I refused to miss though is the incredible Death From Above 1979, a band I’ve pined for, for so many years are now in front of me and a complete onslaught ensues as they take to the stage.

Opening with Turn It Out, their cacophonous noise fills the beautiful bowl in which this stage is set. It’s immediately apparent that these guys are in top form as they tear through a set comprising songs from their new LP The Physical World. Tracks like Cheap Talk, Government Trash and Romantic Rights go down particularly well with the crowd. 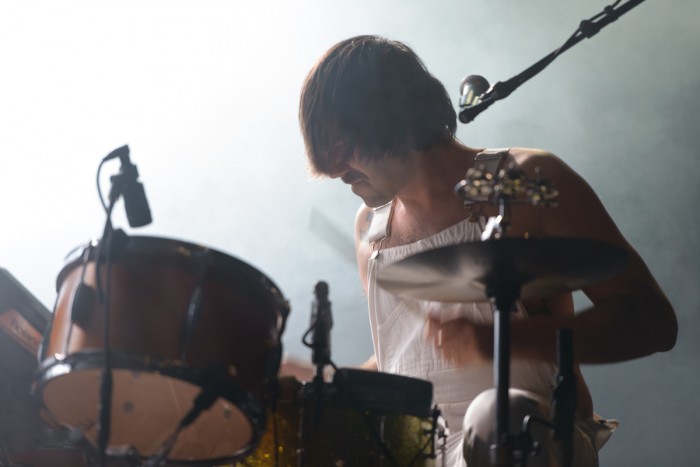 There is one other poignant moment though in the set, where they become the first and only band to address the elephant in the room. Festivals are receiving an increasing amount of negative press about the number of female bands and artists on the bill, yet Primavera has truly bucked the trend with a whole slew of amazing talent this year.

I normally tend to shy away from making any comment on this type of issue as I don’t believe that gender should be an issue in music as everyone is equal, but when all others around them are being criticised Primavera can hold its head high.

We close out the day though with the incredible Jon Hopkins and his dancing girls. As his new LP Immunity gathers critical acclaim, a large proportion of the crowd has stayed out to see him. Initially taking to the stage alone, his electronic beats fill this vast space channelling a nice relaxing vibe that takes us to the small hours. Yet Hopkins quickly picks up the pace and with the addition of some beguiling dancers with light up hula-hoops, the mood rapidly changes, as this becomes an exquisitely soundtracked late night disco.

The perfect way to close out the night and as the fatigue gets the better of us and we retire to our bed to reflect on what has been yet another phenomenal day.

Hiss Golden Messenger can be found online here hissgoldenmessenger.blogspot.co.uk. He is also on Facebook and tweet as @hissgldnmssr.

Nuria Graham can be found online here nuriagraham.com. She is also on Facebook and tweet as @NuriaGraham.

The New Pornographers can be found online here thenewpornographers.com. They’re also on Facebook and tweet as @TheNewPornos.

The Julie Ruin can be found online here thejulieruin.com. They’re also on Facebook and tweet as @thejulieruin.

Belle and Sebastian can be found online here belleandsebastian.com. They’re also on Facebook and tweet as @bellesglasgow.

Run The Jewels can be found online here runthejewels.net. They’re also on Facebook and tweet as @runjewels.

Death From Above 1979 can be found online here deathfromabove1979.com. They’re also on Facebook and tweet as DFA1979.

Jon Hopkins can be found online here jonhopkins.co.uk. He is also on Facebook and tweet as @Jon_Hopkins_.