For those of you lucky enough to be within easy reach of the South Coast then you are spoiled for choice this coming Saturday the 1st October as there are two all-day, multi-band festivals to enjoy.

Music In the City in central Southampton and Southsea Fest in Southsea (Portsmouth).

Southsea Fest boasts “over 180 bands to check out from hotly tipped industry picks like Eagulls, Black Honey, Lonely the Brave, Kassassin Street, Demob Happy & Smoke Fairies to favourites such as the Mystery Jets, British Sea Power, The Pigeon Detectives, Little Comets and Lucy Rose”  Full Line-up and Times here.  The 20 venues are spread along Albert Road and adjoining roads and it promises to be very beardy, I mean busy.  It is priced at just £20 (more on the door) Snap up your tickets for an amazing weekend of live music now! Starts at Noon . (Over 18’s only)

My personal picks  are bands I’ve featured on LTW, the truly legendary surf-punk garage-trash kings   Emptifish  and the volatile, action-packed Bullybones.  And I really want to see new-punk-noiseniks  Bad Breeding . But it looks like even they will be given a run for there money by a band  from Ventnor called Spaff Tits who were reccomended to me by a Bullybone. One not to miss.  Here is their bizare promo.

Southamptons eighth Music In The City is FREE and open to all ages in and is a Council run festival taking in every genre imaginable ( Folk, opera, choral, classical, jazz as well as pop and rock…) 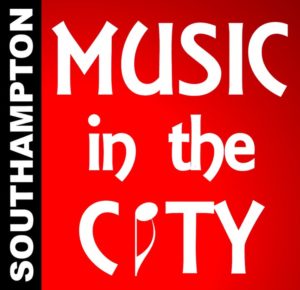 With the slogan Music In Unusual Places the events are on a steam ship and in some ancient vaults as well as various squares and courtyards and of course pubs.    Full list and times here.

And afterwards there is Music in the Usual Place – at the Alexandra Beer Emporium with outdoor acoustic and indoor electric stages and artistes like Grant Sharkey (afternoon set,  3pm)
Joe Mongan, Deadhounds, Superdrone joined by Radioactive Bones and the Flying Alexanders if you missed them during their daytime sets.

Have a great music-filled Saturday, whichever you choose to go to ….

Another absolutely essential ‘event’ taking place in Southampton starting at 11:00 ( which you can attend as well as Music In The City ) is this one -organised by local ANTIFA.