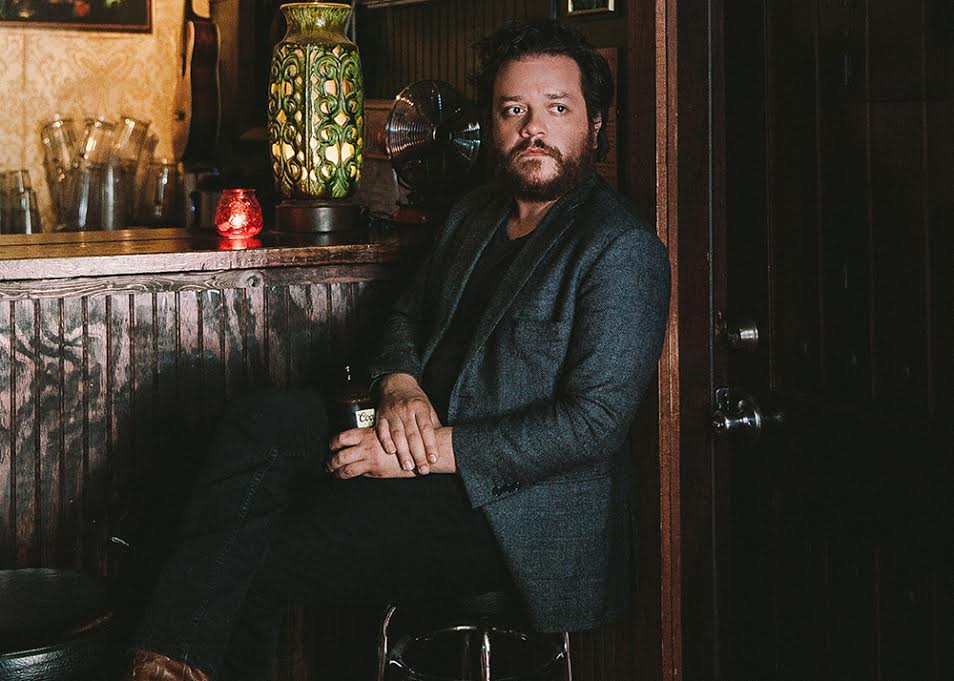 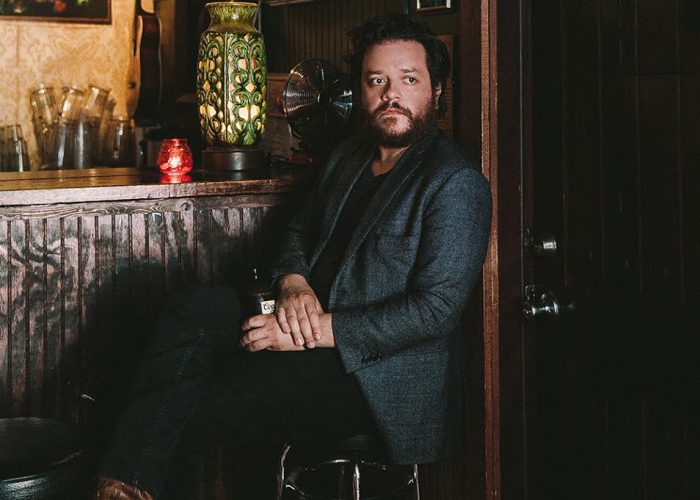 With his first ever feature for Louder Than War.com writer Michael Petalengro reviews the new album by David Ramirez titled ‘We’re not going Anywhere’ – delivered in his own sharp witted, honest and insightful way Michael gives his assessment of the singer/songwriters new release.

It was another dark day when my inbox twanged with the sound of mail. The start of a quest, a journey I suppose that lasted a good few days. Days when cigarette ash would cover the keyboard and I would want a dulling compound to splash over the brightness of the day. You Ramirez, what have you got for me? His album was there in front of me and I didn’t want to listen. I didn’t think I had the room for him, here in my ear brain, the part where I store all the tunes and melodies.

What have you got Ramirez? He’s a Texan and he carries a reminder in his face that I knew well. I didn’t want to listen to him before I knew his face. So I stalked the internet for them, not reading the words just looking. I wanted to know if he could fight good, repair cars, drink, smoke, do the things I do. I wanted to know if his songs had the pain then did his face? But in the face were the gaps I was interested in. The gaps between the funky street art and the plaintive fucking wailing from the dark corners and alleys. So what Ramirez? Have you looked over the edge of the abyss, what have you seen? What skeletons have you covered up in beer stained denims? What strings of pain have you for me? 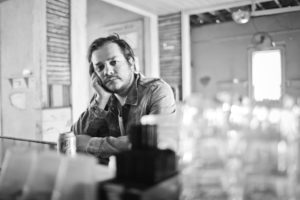 I loaded him up into the Demiurge tech, the iPod of angst, he was there now in simple pixels on the screen and his album sat there waiting for me to listen and still I was reticent. At one point I even ate my dinner flicking through the tracks like prayer beads, like a musical rosary. But I didn’t listen. I don’t fucking trust you yet Ramirez. But I read about him while I flick. Sacked from a job. Check. Hit the road in a car playing shit shows. Check. Fucking hell Ramirez. But this is his breakthrough album and he has twiddlers doing things. He has dudes with good hair, good lap tops, he has the tech thing going on.

I decide to hit his back tracks, the songs from when things were open and free, a foundation if you like so I can build a Ramirez architecture, a tangle of things for sure, and it had flavour too. He’s a voice. Let me flick Youtube on and catch his thing. It’s there, all the proper black and white videos, the long roads, the cars, the drink, the cigarettes, the greasy hair. I’m feeling that this time was his investigations into who he truly is so that means going through the characters he has used to build himself. I see Elvis, and I see Cash and I see Dylan, all the motherfuckers melted together to provide Ramirez with the face he needs himself. He cycles through the million and one thefts of the greats and then we see a vestige of Ramirez in one track, it doesn’t matter which one but I stop the video quick and scroll back. Yes, there it is, a UFO darting back between the clouds and the blue sky. You shy motherfucker Ramirez. You are there, I’ve found you. There he is and there’s me too. She’s there as well of course. Holding a bottle of wine and she’s half naked and smiling. He knows her. That’s good. Now we can work it all out brother, we can sort out the fucking nitty gritty, pick the knickers out of our arse cracks and get to work.

The opening track on this spangly looking album is ‘Twins’, the lyrics unimportant, the music definitely open and free. Keyboardy, freaked out chords that are digital but latent, atmosphere, standing somewhere in Berlin in the fucking rain as she rushed up to me and shoved her tongue in my mouth and she tasted of Orange pop again. Well there you are Ramirez. Score one for you. How did that eighties chord thing go when you dragged the ghosts back with you/ Good track. It pinged me a little but I’m in a shop with my headphones on and stuck in that place with her and I can taste her there again. Songs, yeah Ramirez you little fucking Magician. But I flick repeat on and listen again and get it. But there are no gaps here, no holes to fall into. It’s a Eulogy, simply.

Outside I smash two tracks in quick succession. ‘People call who they want to talk to’ talks some words and reminds me of something. It’s upbeat and I think it’s a song about serial killers but it’s not, it’s that bouncing thing and it works because Ramirez isn’t supposed to be there. It’s the guy at the expensive store pretending to buy things he can’t afford and underneath the scabs we pick we see him there. Picking. It’s a boppy expansive beep boop thing with lyrics that shouldn’t be there. Jarring probably but working. Ramirez yes, you have knowledge. Let that floppy hair bop go and infect. Ramirez is the virus in the cell. He’s inhabiting an environment for fun and seeing where those tubes lead to. He is having fun and it’s good, I can feel him laughing and her again, at his shoulder, pushing. But ‘Good heart’ makes me feel a little violent, and I’m in some strange bar full of deeky shoes and mistaken men as it pomps its way through the wires of the Demiurge iPod. Ramirez, you are hiding, just like that UFO again. I think you aren’t telling the truth. 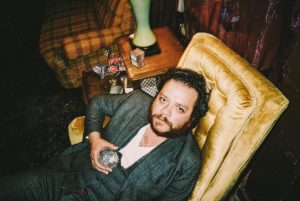 But then again he makes an appearance on the next track ‘Stone Age’ and the lyrics are those lyrics and they are a lament of sorts making sense of the abstract political and the obtuse, the angular. How does one make sense of it through the guitar and the voice, these delicate things that may rant? It does come through. It does ache of course and the song is usable, makes you feel a little. But the Barman looks at me funny and I’m getting angry because of it and Ramirez has pulled that familiar rage out again and that’s good. Angry? Yes maybe, but what do we know of struggles when we can sit and write songs, have an outlet for our rage? When the enraged find it difficult enough to eat. But Ramirez you are there, you may stand on my left hand. ‘Stone Age’ gets repeated and I make a mental note of the voice at a certain part when again the syntax and the narrative is raw and real.

‘Time’ and ‘Telephone lovers’ explore her of course. The bleep of the phone at night that wakes you from that shallow demon driven place you inhabit at that time when you are fucking raw from it all. Her ghost in both songs and it doesn’t matter at all how he does it, what the sound is like, how he plays and what musical vehicle he puts himself within for both songs. It’s real because it’s fucking real and the phone is always at hand to see what she wants and what she thinks. Of course, we know Ramirez, you don’t have to remind us or maybe you do. But the songs again are the lynch pin of the familiar pains and her gently crossing her legs and laughing, those fingernails tapping the phone screen and the way she shakes her head and now under the hand of another man maybe she can find some peace, but us? We linger. And the voice of Ramirez is fit in ‘Villain’ for pure pain and anger. Ramirez, you are being open here and you have opened your shirt and shown us where that heart pumps and where she stood on you grinding that heel in. You sent the text never answered and you thought it was a bad signal and another drink is required and you know she weeps sometimes and you’re not there but somewhere else, maybe the song is an apology for that gap between you. But my head is going and outside the bar, it is sunlight, rain washed street, desolate. Flick it back on. ‘Villain’ repeats and I wander through the wet glare off the road whether or not Ramirez even knows. But that deep groove speaks the truth. 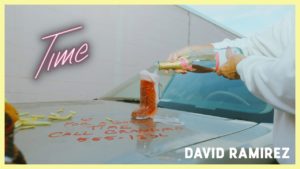 ‘Eliza Jane’ is a romp. Piano smashing old school ballad, is it honest? I think so. I roll a cigarette at the bus stop across from the social security office and it jars, this juxtaposition of old timey punchy love. It rolls yes, like my cigarette now burning away as I watch people walk in and out as I wait for the bus. And it’s good, isn’t it? There is love in that song but not the wet tissues and the slammed doors, but plaintive and delicate lyrics that mean another kind of love. Mental notes to find out what Ramirez is saying here but I repeat ‘Time’ and ‘I’m not going anywhere’ which underpin at least for me the whole thing. Especially when he sings the word ‘Time’ and at the end of the word you hear the truth of the whole thing and we know the whole thing is true.

The bus rocks me as I scoot through the track list again and I think at last there’s a connection. Ramirez is a thing here, maybe I do have space for him in the myriad of sound tunnels I have deep within my memories. He brings new ways and means to make sense of the chaos around us and seeks further ways to be aware of the environment even if that Texas thing is an alien concept to most of us. The familiar and the comfortable is not cast but gently moved to one side to let his novelty flow. Yes, I think I know you, Ramirez. Sitting there with your guitar under that spotlight. I will hear what other things you have to tell us another day.

For all news & info on David Ramirez go to his website – https://www.davidramirezmusic.com/