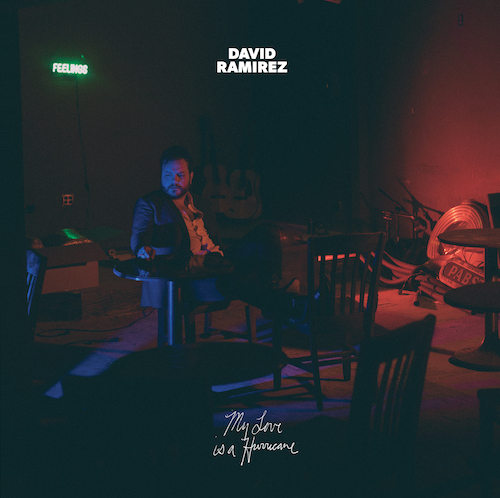 David Ramirez: My Love Is A Hurricane 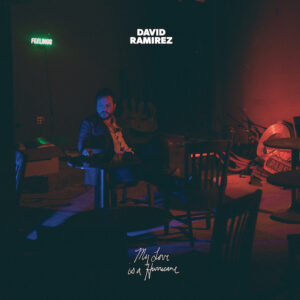 David Ramirez expands his musical palate on his fifth album taking a melodic and melancholy journey through a failed relationship.

David Ramirez started off as a folk singer, but over five albums has been expanding his musical vocabulary arriving at his fifth album with more piano, electronica and some nifty gospel and R&B flourishes.

It’s not that surprising as his band are all seasoned gospel players, so are at the top of the game, and his Dallas based producer Jason Burt brings his experience with hip hop acts to retool Ramirez’s usually stripped back sound.  It might be some distance from his last album, We’re Not Going Anywhere, which took a hard look at Trump’s fucked up America from the perspective of his Mexican heritage, but his change up to a richer sound really works.

These songs were written during a whirlwind romance he had during the summer of 2017, and whilst writing about broken love is hardly new territory for musicians, Ramirez does bring the required rawness to the high and lows.

The breezy piano R&B of Lover, Will You lead Me? sees a loved up Ramriez asking his partner to guide him into the light as he says he has tried ‘to crawl through the night’ as the nimble bass and synths rumble underneath. We’ve all been there.

The closest he gets to his old Americana sound is I Wanna Live In Your Bedroom, which has echoes of Springsteen’s much underrated Tunnel of Love as he reports: ‘You know what you’re just doing/wearing that tiny skirt/you have no idea how much this hurts’, which actually sound more wounded than creepy.

The stormy electronica of the title track adds in some big gospel vocals as Ramirez declares the power of his love. When this relationship failed Ramirez was tempted  to scrap these songs but thankfully be didn’t as Hallelujah, Love is Real! channels John Grant at his most bleak. Ramirez he struggles to keep the faith noting ‘I find himself at the end of my rope/But I’ll never let go.’ Again, most of us have been there.

This album isn’t chronological, so Ramirez flips to the dreamy pop of Heaven as the loved up songwriter recalls the careless nature of that first flush of love/lust when you will get loaded on a school night, call in sick and then snuggle under the duvet because ‘it’s not a waste of time wasting my time if that’s all I ever do.’

Ramirez ends with the moody Prevail as he reflects on what he learnt during this emotional whirlwind, and what we’ve found out is that like so many artists before him lost love has fuelled his best work to date.