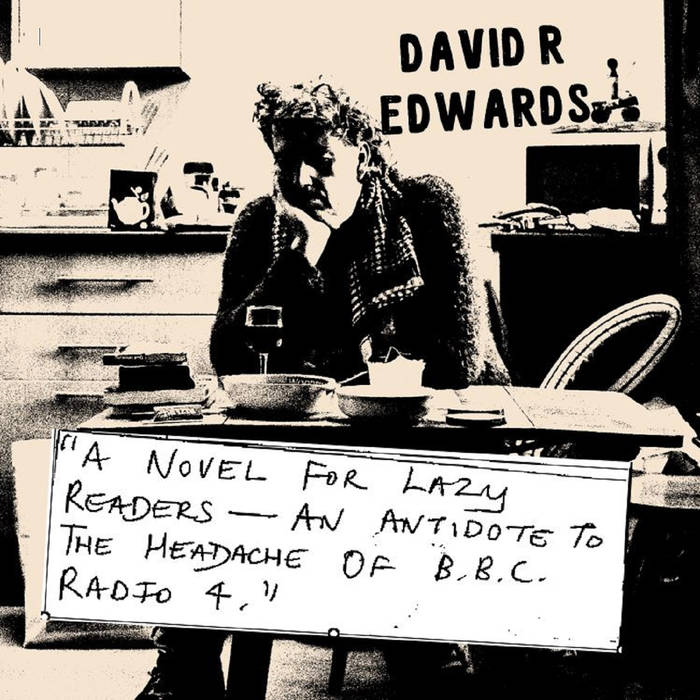 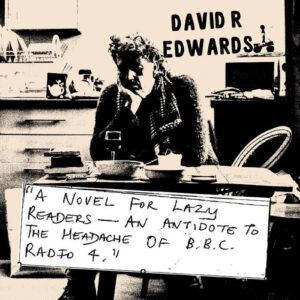 David R Edwards, most known for his work with the influential band Datblygu, has announced a new series of audio books with the first, ‘A Novel For Lazy Readers – An Antidote To The Headache Of BBC Radio 4’, set for release in August via Recordiau Prin.

‘A Novel For Lazy Readers – An Antidote To The Headache of BBC Radio 4’ finds David in his Carmarthen flat and in the house of his partner the artist Patricia McParlin (whom David interviews about the nature of art) musing on the familiar themes of politics, the school system, and his feelings towards the group Datblygu itself.

Soundtracked by Welsh experimental artist Chow Mwng, ‘A Novel..’ places us right in the middle of David’s flat as the cigarette smoke swirls around us and the bottle of wine gets drained. It is a raw recording which leaves in the mistakes and contradictions of its author. It is uncomfortable yet engaging playing out more like a one-way conversation with Edwards than say a piece of performance poetry.

Set to be the first in a series of audio books by the Datblygu frontman, ‘A Novel For Lazy Readers – An Antidote To The Headache of BBC Radio 4’ is available now to pre-order here  via Recordiau Prin