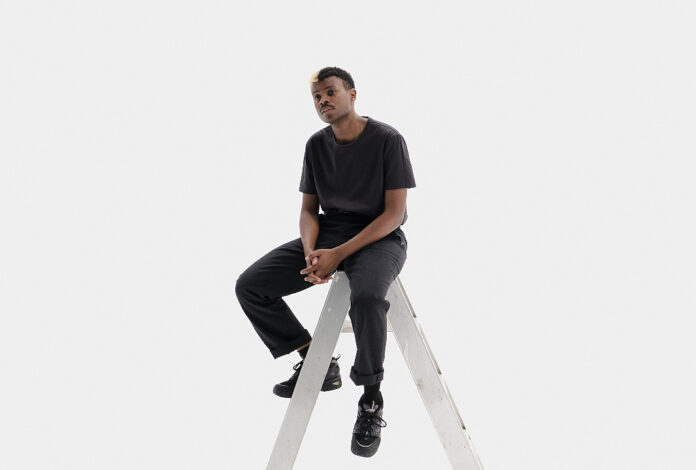 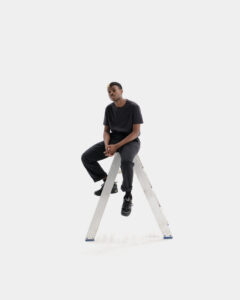 In the music video supporting his second single Beats, a Brussels-based artist David Numwami is firmly skating along his creative path bravely leaving frustrations aside. Previously known to the francophone scene for his collaborations with Nicolas Godin and Charlotte Gainsbourg, Numwami attempts to step into the wider world with his new solo project.

Starting with bouncy beats, the hip-hop-esque digital texture develops into a melody-driven gurgling song that effortlessly streams down into one’s ears.

While current Numwami vaguely alludes to nouvelle chanson, his music portfolio explores a variety of genres. The earlier project Le Colisée spanned the distance between highlife-inspired chiptune-infused compositions and adventurous synth-pop numbers. The recent collaboration with Charlotte Gainsbourg, who invited Numwami as a session keyboard player during the last year tour, affirmed his chansonnier aspiration.

Beats laconic production seems to conceal the artist’s capacity for elaborate arrangements. Similarly, the eponymous music video begins with a scene capturing the musician in a white vacuum space, as if it was the inside of a shoebox. Coloured by animation reminding of Belgian comic series, e.g. The Adventures of Tintin, the work unveils the plot featuring a dreamer with a philosophical take on everyday life matters. In the finale, the musician sneaks through a portal leading him from the surreal artistic den to the real world where his abstract ideas take shape at the drop of a hat.

With his degrees in philosophy and musicology, Numwami successfully finds a balance between frivolous mood and diligence. Perhaps, this is one of the best strategies to make things happen. As his debut Blue Mixtape album is scheduled for release in February 2021, it feels intriguing to see where the further artistic journey leads him to.