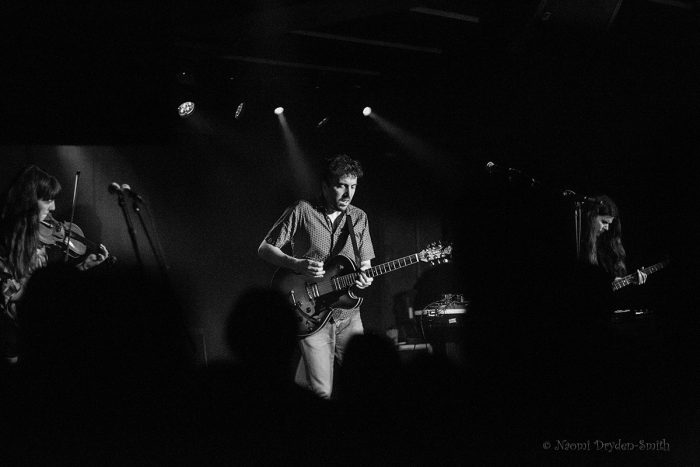 Elusive Indie/folk singer David Kitt makes a rare appearance at The Borderline in London to showcase his brand new album, Yous. We went along to indulge in some Irish charm.

The last time I saw Irish indie/folk singer David Kitt play was in the tiny back room of The Islington five years ago, so it’s a treat to see him finally emerge from his home studio, and from Ireland in fact, to play London’s Borderline. It’s packed out, there’s a friendly vibe – a fair few Irish voices around – stalwart fans here to listen to him present his eighth album.

As expected, Kitt’s latest album Yous features heavily – reviewed by Louder Than War here. Flanked by Margie Lewis’s violin and Michele Stodart from The Magic Numbers on bass, he has some seriously good support and the new songs are effortlessly spellbinding. His voice takes longer to warm up than his distinctive guitar sound, which entrances from the start. Particularly striking are Taste of Without, which starts sultry with harmonies from Lewis and Stodart before descending into a frantic three-way instrumental, and Like Lightning, which gives Lewis a chance to show off her enchanting fiddle skills whilst bringing the “sun on Galway Bay” into the darkness of The Borderline. The crowd know the words to most of the new songs, obviously a good sign. 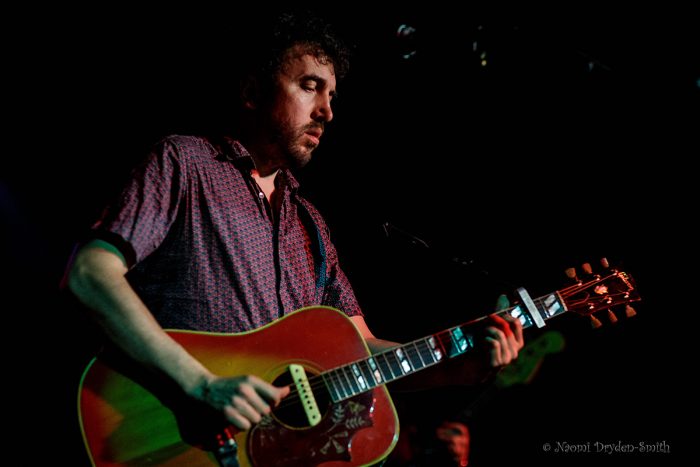 Kitt peppers his set with friendly banter, downing of Guinness and some uplifting old favourites from previous albums including No Truth In Your Eyes (Nightsaver) and What I Ask (The Big Romance), which he has to suddenly stop halfway through, explaining it’s because he’s just had an image of Michael Flatley dancing to it. (Well, that would do it.) Despite this, everyone’s singing along to the “da da das”. There’s a (too short) snippet from Into The Breeze, and a fantastic moment when the crowd sings the riff as Kitt exits the stage. But the highlight has to be Long Long Stares from Square 1, a personal favourite, and the three of them rock out again, the whole place is dancing.

He returns to finish the night with the traditional Headphones, possibly his best song (although it might be challenged by Like Lightning – possibly) – followed by a beautiful rendition of Whispers Return The Sun, Rest The Moon with its reference to London, and its plea “So take me out and make me smile Give me your light Just one more time”. And it feels like he’s done just that. 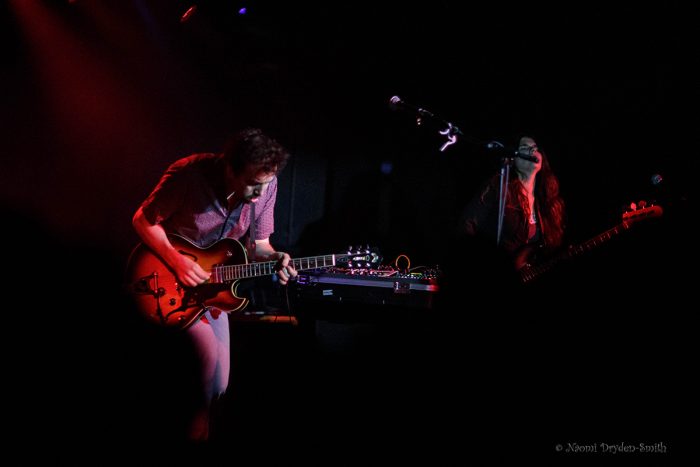