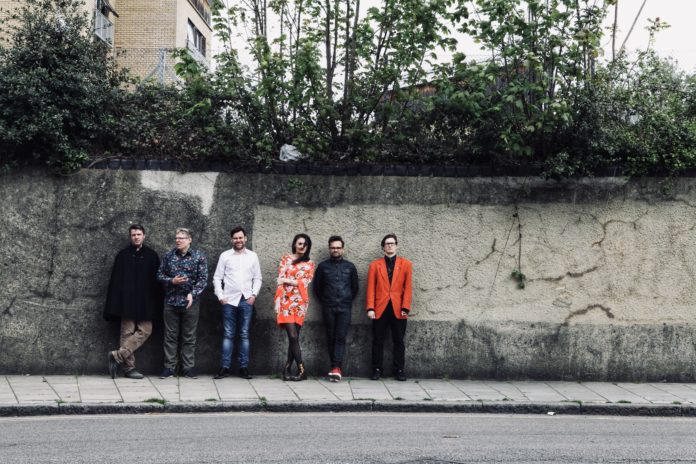 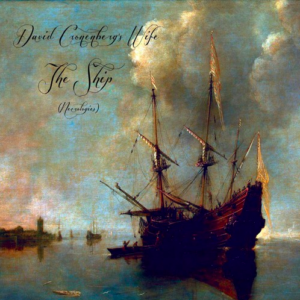 Rhys Delany gives the fourth album by David Cronenberg’s Wife a listen. The album tackles the subjects of death, Kazakhstani politics and the Ukrainian Mafia, and might just showcase some of the band’s best writing to date.

The helmsman steered, the ship moved on;
Yet never a breeze up-blew;
The mariners all ‘gan work the ropes,
Where they were wont to do;
They raised their limbs like lifeless tools—
We were a ghastly crew.

The Rime of The Ancient Mariner – Samuel Taylor Coleridge, 1834.

David Cronenberg’s Wife are a ghastly crew. They’ve been around for years yet remain on the fringes. The ship moves on. After releasing their debut in 2008, twelve years on they release their fourth full-length album, The Ship (Necrologies). Along with other South London-based artists, the band’s anti-folk sound helped shape the South London scene, without which bands such as Fat White Family, Goat Girl, Peeping Drexels and countless others would not have the same platform to perform that they now have today.

The album opens up with a psychobilly guitar lick that rings through the rest of the song titled Suli’s House. The song talks about going round to a house in which the hospitable host is cooking heroin on a spoon. Our narrator tells us this not for him. He much prefers the natural world. ‘”Hello. We are David Cronenberg’s Wife”, he proudly pronounces. This is then followed by the song No Man’s Land, in which the line “my friends are dying off” can be heard. The album seems very self-aware. The South London scene is a scene in which hard drug abuse and loss of life seem to be prevalent. However, David Cronenberg’s Wife is still around, their Ship is still sailing.

A necrology is an obituary, and this album has been dedicated to numerous notable people, close to the band, that have passed away. Geir Skiftun, Felix Wells, Gary Rice, Nick Boardman and Jack Medley all get a mention on the CD liner notes.

What with constant reference to death and a variety of other bohemian habits, this would seem to imply the album is a concept album. However, the main man Tom Mayne said in an interview with La Staunton on her Reprezent radio show, that this is purely subconscious. And elsewhere on the album, we hear about Kazakhstani politics and the Ukrainian Mafia.

There are songs on this album that really show the staggering brilliance of Tom Mayne’s writing. Hannity Comes Home, the lead single (read the review here) is gripping from start to finish. The stories and characters Mayne creates and explores are on a similar level to that of Lou Reed. And as an ardent Lou Reed fan, that is not a comparison I would make lightly.

The Ship (Necrologies) may be the first full-length album since 2012, but the time away has done no damage. If anything, I’d firmly say that this is their best work to date. One of the most charming qualities of David Cronenberg’s Wife is their consistency. Even though many of their peers and successors from the South London scene have started to get more commercial recognition, David Cronenberg’s Wife will stay firmly in their place, keeping the anti-folk flag flying. 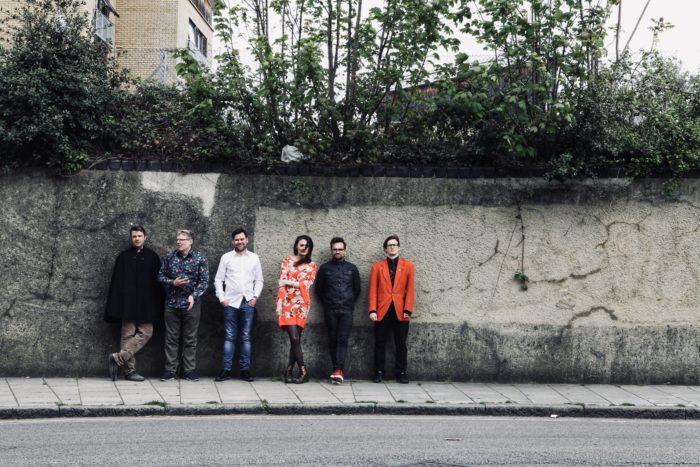 The Ship (Necrologies) is released on 27th March and can be purchased here.
David Cronenberg’s Wife have a couple of live shows coming up: