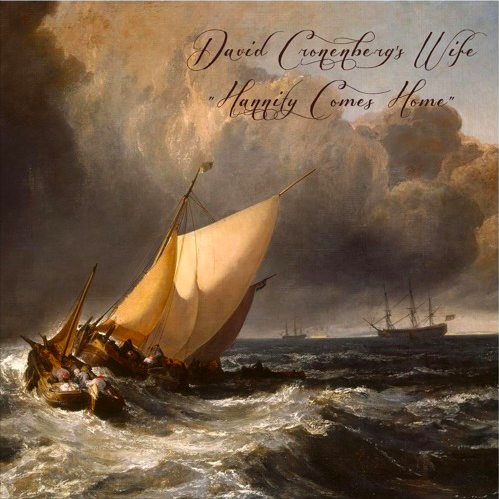 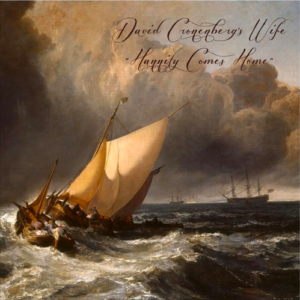 David Cronenberg’s Wife are set to release their first full-length album in eight years titled The Ship (Necrologies). However, before that, I bring to you an EP. The A-side of which will feature on the new album, while the B-side is three songs from the groups past dedicated to a few dearly departed friends.

Hannity Comes Home is an all-out rocking anthem. After hearing 2015’s Octoberman Sequence, I was curious as to how David Cronenberg’s Wife may pursue an album, especially given the sombre nature of the aforementioned EP. But the band sound as loud and Lo-Fi as ever. Rough sounding vocals like classic DCW lyrics referencing drugs, child abuse and a failed marriage. These lyrics combined with a wild fiddle and I’m convinced this album might just be the best the band has produced.

The B-side to the EP is made up of one song written for a play, back in 2012, and the other two songs recorded in Bergen, Norway. Eternal Shade (For Gary Rice) is a song that the group originally wrote and performed for a play written by Dan Tremor of Crooked Tree Theatre. The actor who was supposed to play the lead role in the play was Gary Rice who sadly fell ill just before production started. Gary passed away in December 2016, and so the band have dedicated this song to him.

The final two songs on the EP are alternate versions of songs previously featured on the groups 2009 album, Hypnagouges. Jailbird has been sped up and sounds like classic Velvet Underground lo-fi pop. While Sweden, a repetitious recount of Swedish culture, has had all names and references updated to Norway. These songs were both recorded when the group visited Trond Klykken of Trond K & The Serious Issues in Bergen, Norway, in which copious amounts of Whisky and Vodka were consumed. A video of that trip can be seen here. The song Sweden is dedicated to Geir Skiftun, a friend of the group who passed away in July 2011, Skiftun can be heard playing the all-mighty Saw on this track.

Hannity Come Home can be streamed on Spotify or purchased on iTunes.