Home Music Reviews Album Reviews David Christian And The Pinecone Orchestra: For Those We Met On The... 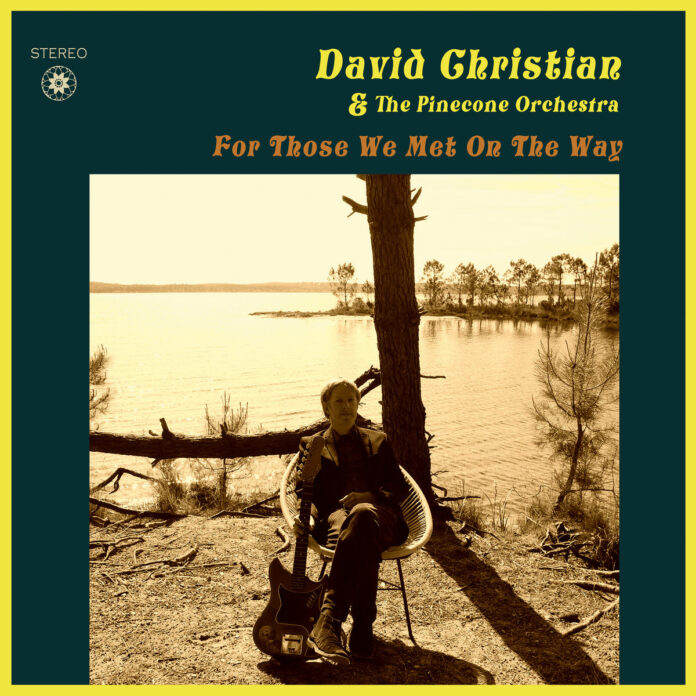 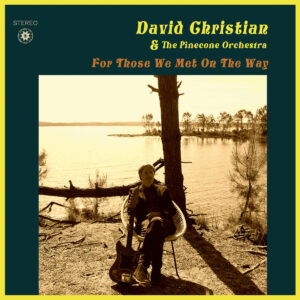 David Christian And The Pinecone Orchestra: For Those We Met On The Way

David Christian And The Pinecone Orchestra deliver the effortlessly beautiful For Those We Met On The Way. Andy Brown shares his thoughts for Louder Than War.

If memory serves me right, I first heard about Comet Gain and indiepop songwriter David Christian via The Cribs. The brothers would wax lyrical about the band at any given opportunity and even recorded a cover of their jangly ode to the weekend, Saturday Night Facts Of Life. In my experience, few acts have articulated the idea of ‘indie’ better than Comet Gain. The band writes jangly, noisy and melodic songs that revel in the joy of punk, indiepop and Motown. 2019’s Fireraisers Forever! was perhaps their angriest record, yet this latest release finds the band’s vocalist and songwriter in a far more reflective mood.

The new record will be the first time David Christian has put his name on the front of an LP. Well, kind of. The indiepop craftsman has been quietly releasing a number of lo-fi solo albums via the Comet Gain Bandcamp page, preparing the ground for this more fully-realised return to the fold. The lo-fi releases are certainly worthy of your time, yet they don’t begin to prepare you for the gobsmackingly beautiful For Those We Met On The Way. For long-time fans, the LP may recall the autumnal grace of 2014’s Paperback Ghosts. For those less familiar with the David Christian/Comet Gain oeuvre, you can expect lilting indie wrapped in magic, melody and melancholy.

“The haunted notebooks I threw them away/ swapped for a beautiful day” sings Christian as In My Hermit Hours opens the album with a gorgeous, country-tinged swoon. It’s a lyric that captures much of the album’s mood; a sense of relief and release that runs through the songs. A sense that some great weight is finally being lifted from our singer’s shoulders. Having fled Brexitland for the South of France, the man once nicknamed ‘David Feck’ was in the ideal position to finally make that ever-elusive solo record. And while Christian’s voice and songwriting will inevitably tie these songs to the mighty Comet Gain (no bad thing, of course), the LP still feels like some kind of new beginning.

Rustic textures and gentle melodies give the LP its classic sound: jangling guitars that blend with piano and pedal steel. Goodbye Teenage Blue bristles with Dylan-inspired organ and indiepop poetry. A beautifully soulful paean to change. The sepia-tinged romance of Holloway Sweethearts explores Christian’s back pages with acoustic guitar, piano and beguiling backing vocals. By this point, the album has well and truly put you under its spell. When I Called Their Names They’d Faded Away is a late-night, beautifully constructed confessional. “I’ve got something that I need to tell you” sings Christian as the song aches and blooms. Unequivocally, one of the loveliest things here.

The band Christian has put together for the LP is exceptional. The album features James Horsey and Alasdair Maclean from The Clientele, Ben Phillipson from The 18th Day Of May, Gerry Love from Teenage Fanclub, Joe-Harvey Whyte from Hanging Stars, Cosmic Neman from Zombie Zombie and Anne-Laure Guillain from Comet Gain. The record was recorded in a barn owned by Mike and Allison Targett from Heist, who also contribute to the songs. You can hear the time, love and attention that has clearly gone into every moment. Each contribution enhances Christian’s autumnal vision.

Dream A Better Me channels the irresistibly optimistic and catchy indiepop of The Pastels. “I can’t write songs anymore/ they’re all the same/ just a stone-cold bore” sings Christian as the song goes about proving the exact opposite. On The Last Day (We Spend Together) finds him in a particularly melancholic mood; idling away the hours in some Parisian bar. The lyrics read like a diary entry; heartbreak present in the smallest of details. Lockets, Drop-Outs And Dragnets breezes through bohemia in a style Dylan himself would surely approve of while Pay Me Later, Coco + Dee looks in vain for a happy ending amongst old friends and lost souls.

See You In The Almost Sunshine captures the mood of the LP with a comforting ode to friendship. In many ways, For Those We Met On The Way is an album about getting your priorities straight. Letting go of the pain and embracing what’s important. I Used To Make Drawings finds the songwriter musing on the past, the future and the fragility of art and memory. There’s a deep yearning here, Christian grasping for happiness and meaning amidst the uncertainty. The album shifts gear with The Ballad Of The Button Downs; a brilliantly raucous, Velvets-esque tune dedicated to all the heathens, lovers and losers. Arriving when it does, the song feels particularly cathartic. Mum’s And Dad’s And Other Ghosts closes the album with a thoroughly gorgeous lap-steel lavished, melancholic sigh.

If you’re after an album to guide you through the cold, dark months of winter then you’ll find plenty to love here. “I hope your life is beautiful/ you fill up your days with the wonderful” sings Christian as he sends us on our way, safe in the knowledge that dreams never end.