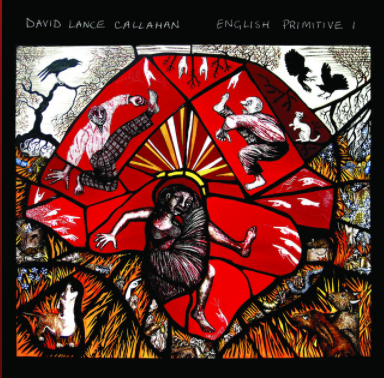 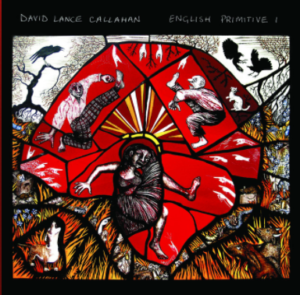 Listen to and then buy the album here

Stepping out from The Wolfhounds David Callahan has created something truly special – a drone masterpiece that joins the dots between old English folk, dark psychedelia, desert rock and John Cale at his dissonant viola best to detail the terror of modern life…

Stubbornly brilliant for decades, David Callahan’s band – The Wolfhounds have ploughed their own brilliant groove with a criminal lack of media support. They have a fiercely loyal fan base, though, who are enamoured with their spikey social commentary, brilliant snark lyrics and adventurous albums of garage rock warped through the death to trad rock-o-meter.

Taking a step further out is English Primitive, David Callahan’s first solo release and it’s a captivating and haunting work. The enthralling and captivating album somehow joins the dots between the terror at the heart of old English folk, the landscape drones of West African Gnama and desert blues, a post-punk template, John Cale drones of the Velvets and the deep dark resonance of a very English psychedelia and even hints of the Revolver era Beatles tinged with the dread LSD.

The drone is at the heart of all these songs and pulls you in deep to these stark landscapes of contemporary Britain. The lyrics detail the lunatic madness of these deranged medieval times and literally take you on a  trip. Mostly it’s David and his guitar with Darren Garrat on percussion now and then, these are songs that capture the discontent of these times in hypnotic scenarios that are like all the best parts of psychedelia and medieval folk combined into an unholy whole.

There are so many stand out tracks on this album that it sounds like a greatest hits set from a parallel universe.

Lyrically brilliant it’s a stark political snapshot that deals with the darkness of the Covid era better than most any other release of the moment. A future time capsule of these times steeped in a music that lasts forever.

I beg and implore you to wallow in its genius – this is no normal release but almost the culmination of a lifetime on the creative fringes poetically observing the madness.