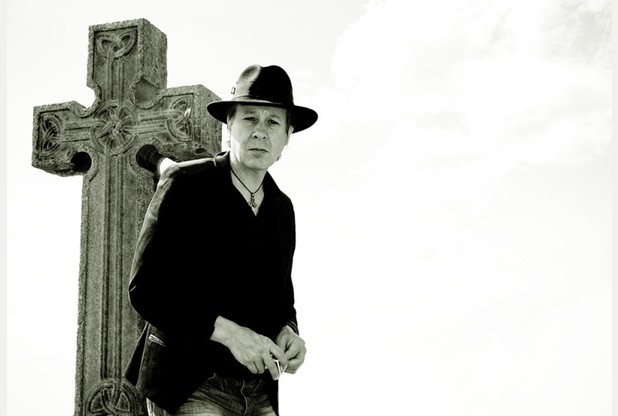 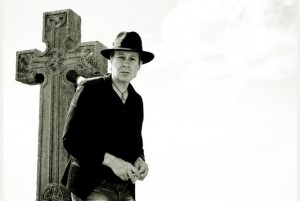 The ex-Alarm man holds a small Nottingham audience rapt as he treats them to a spellbinding acoustic set markedly lacking any songs by his old band.

You can never be a hundred per cent sure what to expect from gigs in a setting as intimate as Foremans Bar, especially when most of the acts who play here are traditionally non-acoustic acts playing an acoustic set, but you can usually expect a crowd pleasing type set; new versions of old classics from whoever the acts old band are. Dave Sharp – most famous as a founder member of The Alarm – is not, however, one to play by the rules. His Alarm-free set is a bold step, but it is his audience who end up reaping the biggest rewards from his setlist tonight.

Support act Andrew Dawes opens proceedings with well-crafted and articulate songs in the tradition of refined, thoughtful songwriting; played on a twelve-string guitar and breathing music into life experiences in a fashion which is suitably sparse for the intimate environment.

By the time Sharp takes to the stage, the room is hushed as he demands the listener’s attention from the very first note. Nobody minds about the aforementioned lack of Alarm songs; his setlist of Woody Guthrie-influenced, impeccable fragments of storytelling is about as engaging as it gets. In a smart-phone ruled world full of distraction, everyone in this room is giving Sharp their complete, full attention. Just a man and an acoustic guitar (and some very well-mouthed organ); no gimmicks, no theatre, just a selection of well-written, well-played and well-sung songs speaking for themselves. When Sharp invites Dawes on stage for the two of them to collaborate on a heartfelt and sincere tribute to Stuart Adamson, it’s a reminder of just how much power simple good old-fashioned talent can hold.

As is to be expected, of course, Sharp’s voice has matured over the years, but it’s all the better for doing so, fitting the whisky-flavoured Americana of his current songwriting perfectly. As he tells the audience about his time spent in North Orleans, it’s clear that it’s a place which has had a huge impact on him. Every song he plays is so evocative of the places image – raw, honest, full of the visceral blues – that for over an hour (he obligingly plays over the allocated time when the eager audience keep insisting on more) this little street in Nottingham seems to absorb the feel of New Orleans. After all, it is a place which shares much of its spirit with the venue itself – full of sheer enthusiasm for music but with, as Sharp tells us, “no proper corporate music industry in the Los Angeles fashion … which was helpful…”

After all, “corporate” is not a word one could ever use to describe Sharp. His commitment to bringing the sound, spirit and message of Woody Guthrie to new audiences (he even takes a quick survey of the room to see who is familiar with the great Guthrie’s work) is one he has shared with a great many acoustic singer-songwriters over the years, but in Sharp’s case it is incredibly effective. The spirit of Guthrie seems to hold a heavy presence in the room. Sharp might just stop short of Guthrie’s “This Machine Kills Fascists” sloganeering across his guitar, but tonight he certainly proves that this machine, when twinned with a voice like his and used to write songs of such a high calibre, builds sincerity and soul.

All words by Amy Briton. More from Amy on Louder Than War can be found at her author archive. She’s also on twitter as @amyjaybritton.