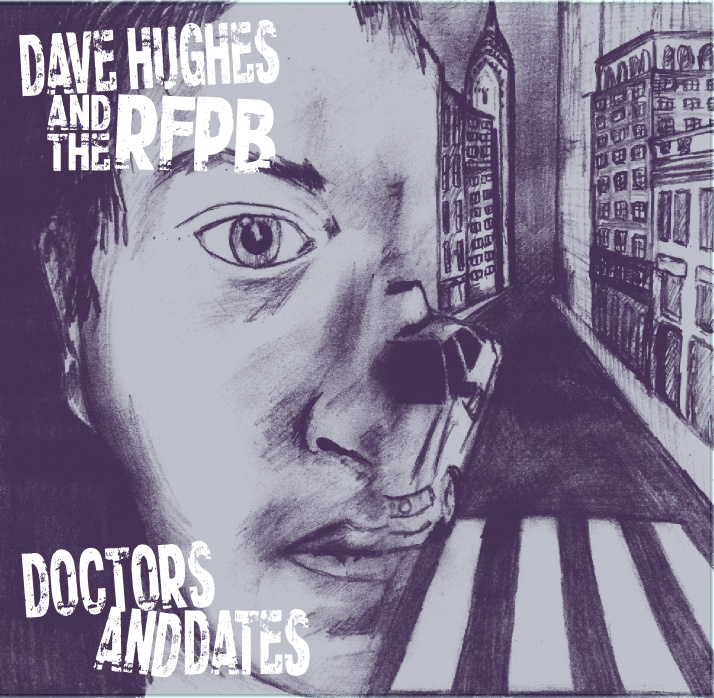 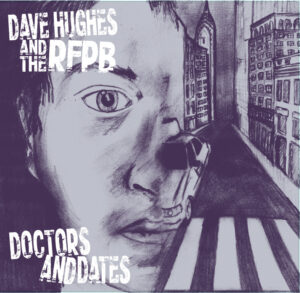 Due Out 24th March


Louder Than War’s Ian Critchley fills us in on the new album by “folk-punkster” Dave Hughes And The Renegade Folk Punk Band.

Dave Hughes and his motley crew have been knocking around for a good few years now, touring the hell out of Scotland and often venturing down into English towns and cities (amongst other areas of the world) to play their brand of “folk-punk”, something that, according to Kerrang!, has “clear shades of The Pogues, The La’s, and Springsteen”.

With Doctors and Dates, the band’s upcoming record due out on the 24th of March, Scotland’s finest have turned their amps up and pulled their sound into the dark underbelly of their psyche, creating an atmosphere  that, though a few decades late, could have pricked the ears of The Clash and made them quiver with fear.

Coming from Scotland, and sorry for the cliché, there is no surprise that the album deals heavily with the themes of addiction and depression. But this is not put across in the usual self-loathing ego-affirming way of many artists, but instead deals with these issues using all encompassing metaphors. Take for example opener, ‘City Of Us’, which paints the picture of a city on the verge of collapse as a way to externalise the torment of self-destructive anguish.

Though the album, as said earlier, has a much more darker streak than their previous outings, there is still some upbeat, fun, even singalong, moments within this seven slice pizza of punk rock. ‘The Queen Of The Drama Queens is a tongue-in-cheek jovial jaunt, tinted with all the energy and cocky joy of early Green Day and which mocks an old lover in such a happy-hearted way I imagine even the butt of the joke would have to raise a smile.

Dave and drummer Woody recently appeared on BBC Scotland as part of a charity event to raise money for the families affected by the Clutha helicopter crash and, though not an intentional act to try and garner publicity from tragedy, this mainstream media coverage (as well as the huge turn out for the event that pushed 2,000) will no doubt bolster the amount of noise gravitating towards the Renegades.

Dave and his gang have always kept a strong DIY ethos in their music to keep the energy of it as pure as possible. Recorded live, Doctors and Dates pushes this pure energy even further by giving it a high jolt of spontaneity and removing some of the mechanical feeling that can come with most ‘track by track’ studio albums. This works wonders and, much like Ireland’s Thin Lizzy, the overall result of a live recording seems to far surpass that of their other releases.

This record is a must for anyone who is keen on the early days of Green Day, the later days of the Clash, and, as always, Bruce Springsteen. Even though the record veers off in directions different to what regulars of DH&TRFPB shows might know and love there is still a huge over-arching influence from ‘The Boss’. I guess a tiger can’t truly change his stripes, but when the outcome of that beast attempting to shed its skin is a record like Doctors and Dates, why the hell would he want to?

~
The album can be pre-ordered from Bandcamp and The Renagade Folk Punk Band can be ‘liked’ on Facebook.

All words by Ian Critchley. You can find more writing by Ian on Louder Than War at his author’s archive here.