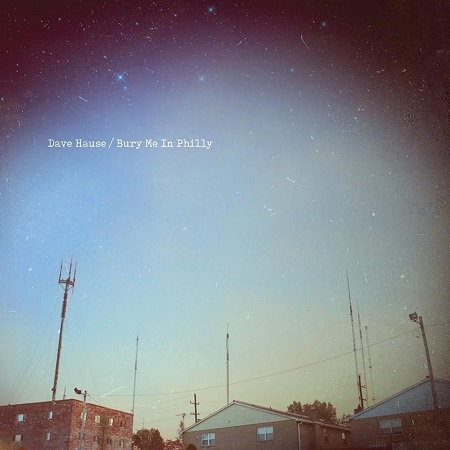 Dave Hause & The Mermaid: Bury Me In Philly (Rise Records)

No stranger to the American punk scene, Philly-based troubadour Dave Hause earned his credentials playing in myriad bands throughout the 00s, most notably in both Paint It Black and The Loved Ones. And while said scene is still thriving, those that populate it are a far cry from the grizzled images the word punk connotes.

More at home in plaid than studded leather, this new generation of punk musicians harbours both a sensitivity, and an appreciation for country and Americana unseen in the generations they proceed. It’s this appreciation that has manifest itself in Hause’s solo output since the release of Resolutions in 2011. And while 2013’s Devour built heavily on those initial foundations, it’s Bury Me in Philly that truly embraces such influence.

Though some critics might dismiss Bury Me in Philly as a simple rehashing of Devour’s blue-collar roots, it feels much more like a natural progression as opposed to a facsimile. Where Hause’s second record was wracked with failed promises and dashed dreams, his third is hinged on looking inwards, facing your demons head on and ultimately, overcoming them.

That’s not the only difference between the two. Here, the Americana flirted with on Devour is brought fully to the fore. ‘Helluva Home’ for instance benefits from an expanded palette of instruments, and though a love letter to Hause’s native Philadelphia, could easily be addressed to the sprawling skies of the Midwest.

There are similarities between the two records however. Opening with ‘With You’, Hause acknowledges his audience instantly, much like with Devour’s ‘Damascus’. Elsewhere nostalgic images of white picket fences, lost loves and front porches are conjured here just as readily, while lyrically, themes that were recurrent across the course of Devour are referenced regularly. ‘Divine Lorraine’ mentions ‘the shine’, while ‘Wild Love’ references both the album itself and ‘the fever’ of the Devour track ‘Bricks’. It’s a welcome nod from Hause, an acknowledgment to that album’s dusky despondency, something that’s seemingly been left behind in favour of  blatant yet tentative optimism.

Far less bleak than its predecessor, Bury Me in Philly is arguably Hause’s most accomplished record to date. Where Devour was a concept record of such, interested predominantly in how very different life turns out for almost everyone, …Philly’s charts Hause’s personal move from his hometown to California, its optimism stemming from the opportunities brought by a new city and a new relationship. It’s Hause at his most honest and heartfelt best, with only ‘Dirty Fucker’ ever feeling a little out of the sync with the rest of the record’s narrative.

Rich with imagery, delivered with trademark fire-in-the-belly attitude, Bury Me in Philly is a welcome return from one of contemporary punk’s strongest artists.