Home News Dave Gilmour to play the Pompeii’s Amphitheatre and revisit on of rock’s... 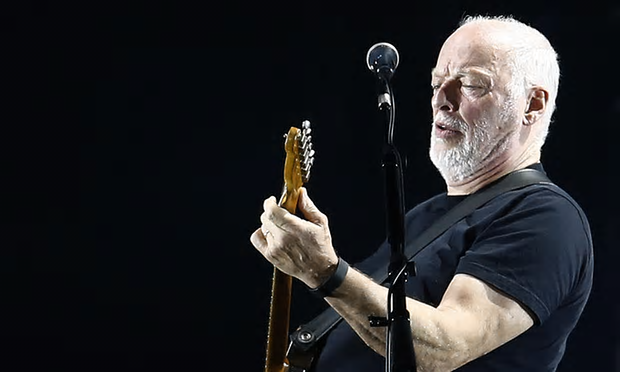 The Pink Floyd gig at the amphitheatre in Pompeii was one of rock’s most iconic gigs. the band, who were on the verge of superstardom, played the Roman ruins in one of the most famous gigs of all time. On 7 and 8 July the band’s former guitar player is to revisit the arena and stage two gigs there.

David Gilmour will return this Summer to Pompeii’s Roman Amphitheatre with two concerts on 7 and 8 July 2016. He will be the first artist to perform a rock concert in the venue with an audience.  In 1971 Pink Floyd were the first to play the historic venue, recording ‘Pink Floyd: Live at Pompeii’, filmed over four days in October 1971, in the empty arena. Until now no other rock concert has been staged there.  David Gilmour’s concerts in Pompeii are part of his ‘Rattle That Lock’ world tour.  Tickets will be on sale on Tuesday 22 March from www.DavidGilmour.com at 13:00hrs CET (details below).

“I want to thank the Ministry of Culture for giving me the opportunity to once again play this beautiful and historic venue.  Performing there in 1971 was very special and I’m looking forward to returning and hopefully creating some more memorable moments made even more special by playing to an audience.”

Dario Franceschini, Minister of Cultural Heritage and Tourism said: “45 years after the legendary “Live at Pompeii” David Gilmour will be back performing in a unique, fascinating, beautiful scenario. The myth of Pink Floyd will come back to life with him in Pompeii. It will be a show that can’t be missed.”

Prof. Massimo Osanna, superintendent of Pompeii, said: “The return of David Gilmour to Pompeii is an extraordinary event that the Superintendence and the Heritage Ministry have strongly wanted. Pompeii is now experiencing a real rebirth and is ready to welcome this amazing Artist who, together with his band, made the music history of this century and at the same time left a deep mark on the history of the Pompeii site with his memorable show with closed doors in 1971. Once again the Amphitheatre will be a privileged set for this show and we are sure that as happened in 1971 it will generate the same magical atmosphere and the same big emotions that only the unique combination of a place with no time like Pompeii with marvelous music can create. It is really an extraordinary opportunity which comes from the past and writes in the present a chapter of “music history inside history”

Concertgoers should be advised that tickets are limited to a maximum of two per person for one show only (not both) and are priced at €300 each plus 15% booking fee.  On purchase, each ticket buyer will receive a receipt with his or her name on it. On the day of the show, the purchaser must present the printed receipt to the designated box office located within the proximity of the main site, together with photographic ID and the card used to purchase the ticket(s).  If the purchaser has bought two tickets, then the additional person must be present at the box office as well.  The box office will be open 10am – 8pm on each day of the show.

Each ticket holder will then be presented a ticket and a wristband.  In order to pass through security to enter the Amphitheatre for the show, ticket holders must be wearing their wristband and have the ticket ready to be inspected.   Please note, there will be no admission without both the ticket and wristband in place.

The Amphitheatre of Pompeii, built around 80 BC, is the oldest surviving Roman Amphitheatre, located in the ancient city of Pompeii and buried by the eruption of Vesuvius in 79AD; an unlikely venue back in 1971 for a rock band to choose to film and record a live concert. Such has been the impact of Pink Floyd’s groundbreaking and startling film, directed by Adrian Maben, that many rock fans associate this ancient site as much with the band as they do the events that created the site that exists now.

‘Rattle That Lock’, David Gilmour’s new album, released in the Autumn of 2015, topped the charts in the UK and 11 other countries and reached the top ten in many countries around the world.  Last year ‘The Rattle That Lock’ tour played concerts to rave reviews in Europe and South America, and it will visit North America during March and April before returning to Europe in July.  The tour ends with four concerts at London’s Royal Albert Hall in September.

David Gilmour is universally acknowledged as one of the greats of popular music, achieving global success with Pink Floyd and also as a solo artist.   His last two solo albums have reached No 1 in the UK charts, and the final Pink Floyd album, ‘The Endless River’ also reached the top spot in 2014.