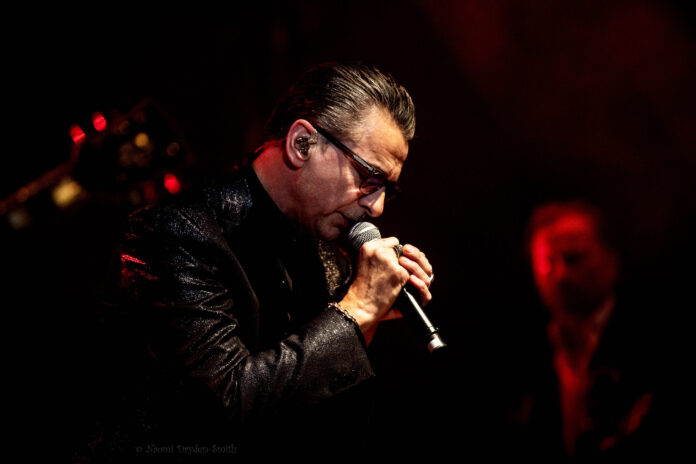 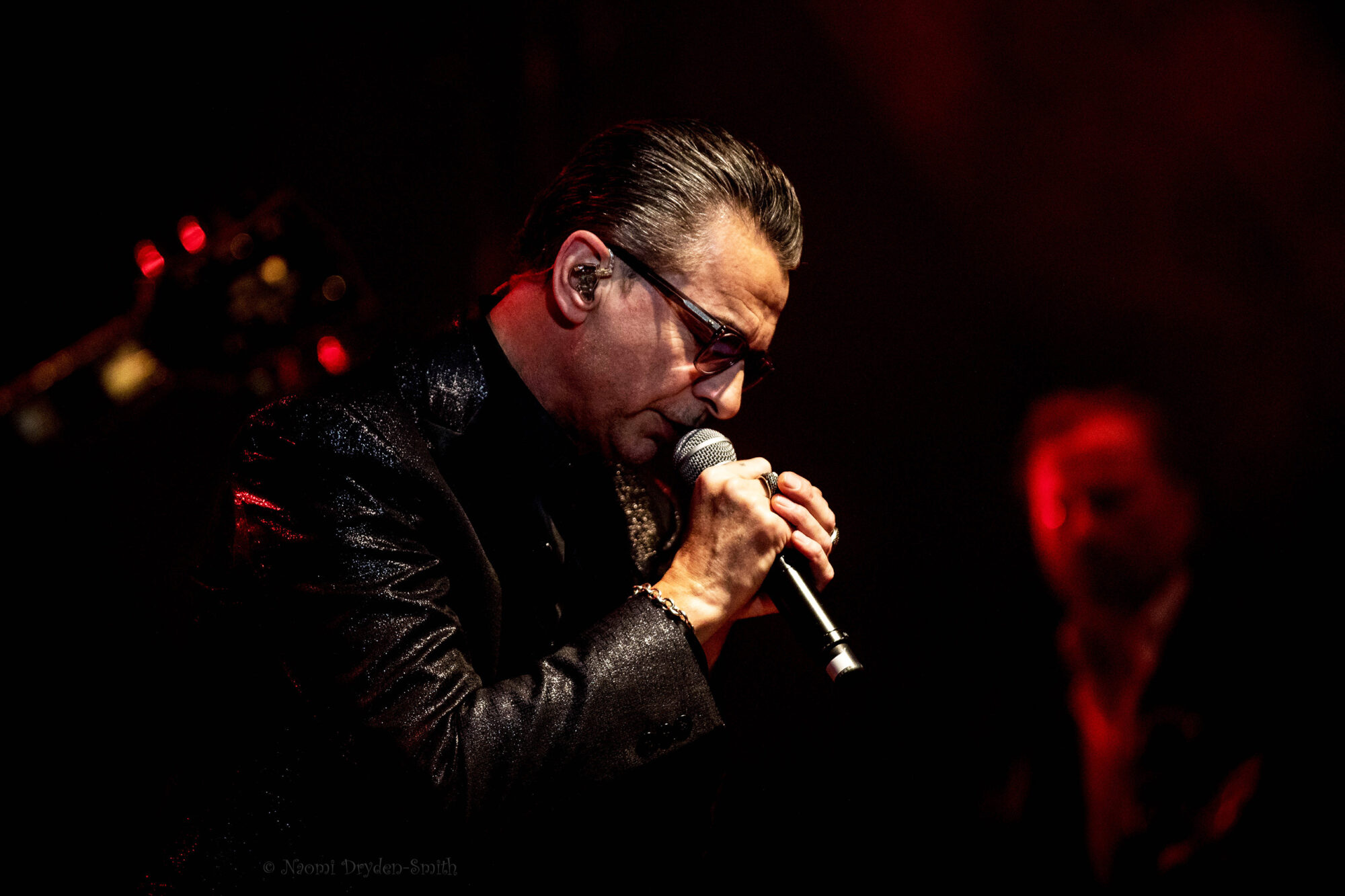 In a departure far from the strobes, stadiums and synths of Depeche Mode, Dave Gahan & Soulsavers brought their new album Imposter to Shepherd’s Bush Empire as part of a run of intimate shows. Naomi Dryden-Smith went along to check out and photograph Gahan’s alter ego.

All four levels of the Empire are open tonight and the beautiful cream and red balconies are buzzing with excitement.  And quite a lot of screaming.  It’s at least an hour until Dave Gahan & Soulsavers are due on stage, and one fan on Level 1 is already so beside herself she can’t stop leaning over the edge screeching “David!” randomly and at the top of her voice, cutting through the chatter and causing concerned glances up from the stalls below. Gavin Rossdale did scale the wall here to get from the stage to the balcony in about 2000, could this be a first time for someone to try to climb down? It’s a bit touch and go for a while, but fortunately a few chats with the security crew have the desired effect and she just about manages to get herself under control by the time her idol arrives.

Without much fuss, Gahan and long-time collaborator Rich Machin start working through every track of their recent album Imposter, twelve covers of soulful bluesy rock songs by various luminaries including Neil Young, Elvis, Eartha Kitt and Cat Power.  There’s a vaudeville-cabaret feel to the staging – a red drape behind, giant film lights, red velvet fringing and Gahan in black satin shirt, wet look waistcoat and suit ensemble, and a pair of dazzlingly shiny black shoes – and we’ve all been handed a smart programme listing the songs we’re about to hear, with a short detail about why each one has been chosen, just to add to the theatrical feel of it all. This careful presentation shows the extent to which this is a labour of love, this collection of songs being “a reflection of Dave’s life, a story told by others, but in his own distinct voice.”  A quick flick through reveals a common theme of dark and intimate introspection. 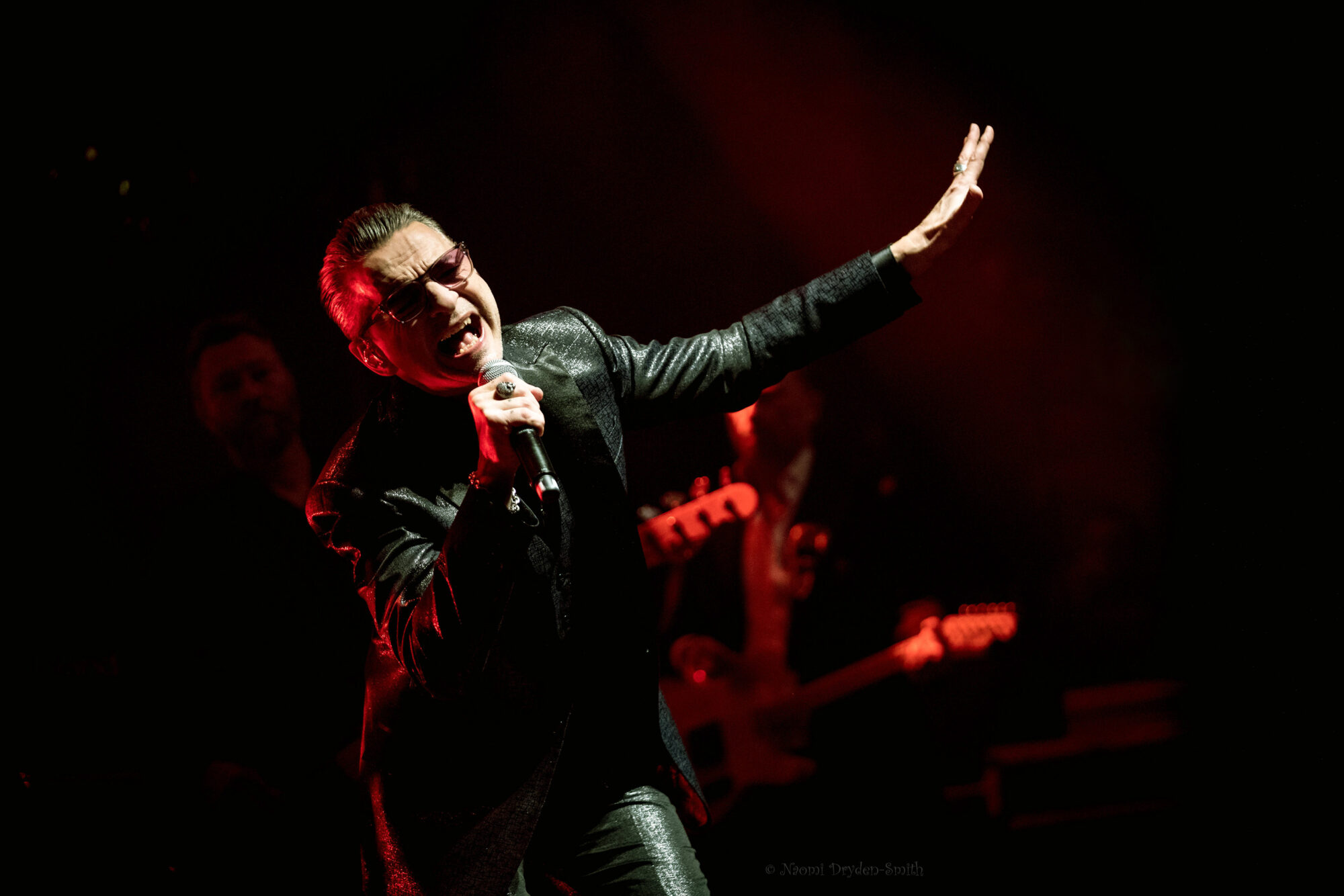 One song that stands right out is Bob Dylan’s Not Dark Yet, beautifully delivered and we’re once again reminded exactly what a great a songwriter and lyricist he is. It’s a wonderful tribute. Another pin-drop moment is a rendition of the devastating Smile, which Gahan introduces by telling us was, in fact, written by Charlie Chaplin, who had performed in this same theatre in 1906.  At the very end he takes on Always On My Mind by the King himself, bringing to it a different intensity, filling it with sadness and regret.  This intensity is also invested into Shut Me Down, written by Rowland S Howard whilst dying of cancer. There’s also a lovely version of Lilac Wine, understated and restrained, which, dare-I-say-it stands up to both of Nina Simone and Jeff Buckley.  It’s good to see PJ Harvey in there too, The Desperate Kingdom Of Love – although this one feels slightly less controlled live than on the LP. 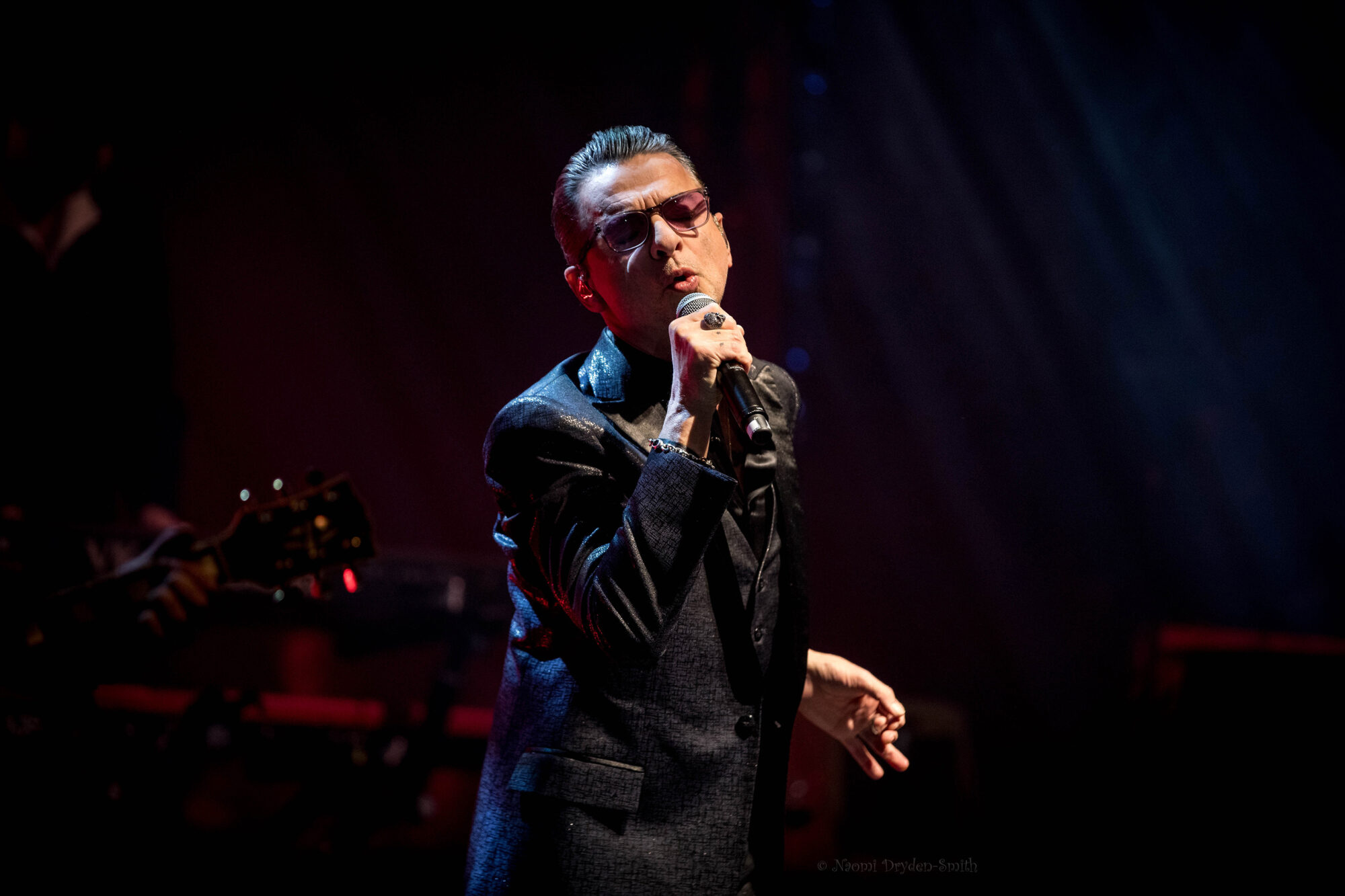 The twelve songs pass by pretty quickly and the band leaves the stage, to return for an encore starting with the gospel rock tones of Soulsavers’ Revival, brought to millions by Grey’s Anatomy. And then comes the inevitable – a slowed down, teasing, instantly recognisable intro to Depeche Mode’s Personal Jesus, which gives way to an exhilarating rock version and the atmosphere of the place is instantly transformed, including Gahan’s persona. He tells us “Sometimes when you’re solo you go into your head and forget that you’re in a band…”. Consummate crooner is replaced by frontman of stadium-dominating synth giants, and we’re reminded just how special it is to see him in an intimate show like this. Another DM song soon follows, John The Revelator, by which point many of the stalls-dwellers have totally abandoned their seats and are now cramped into a tiny area in front of the first row, hands outstretched, desperately trying to get selfies with Gahan and even to touch him. The night ends with a surprisingly downbeat Take Me Back Home, ending proceedings on a mellow note.

A quick glance (and not the first) over to the left confirms that the female fan has made it through the show in one piece and has a huge smile planted across her face now.  Job well done. 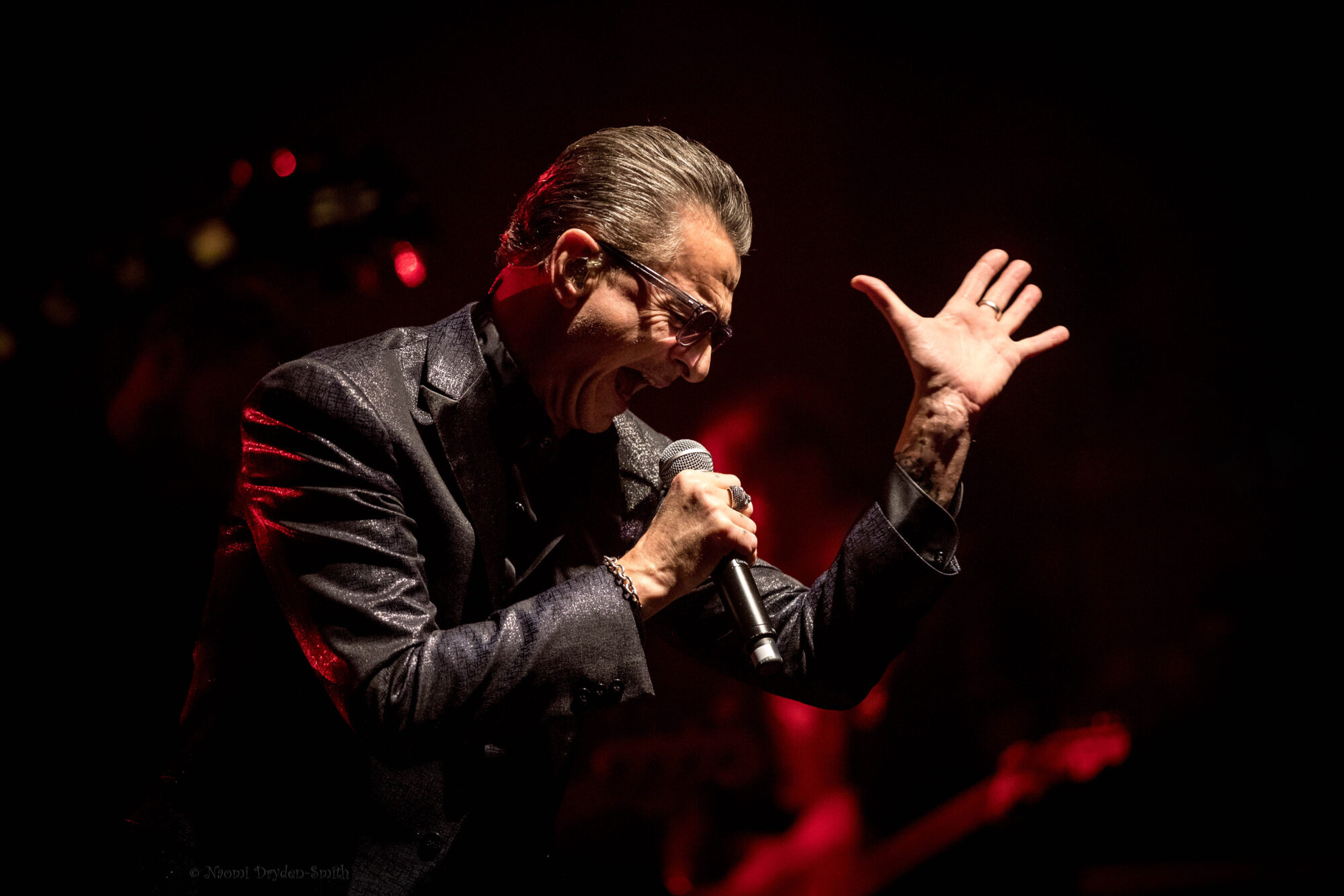 Imposter is available at Sister Ray