Home Music Bands Dave Formula & The Finks – “a new take on the... 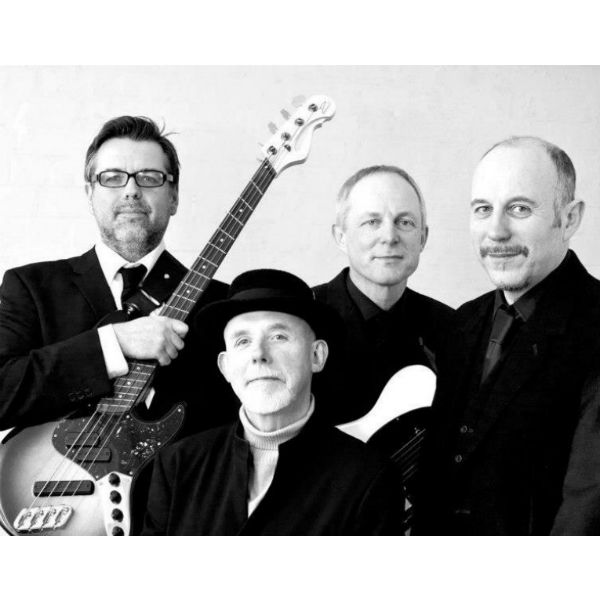 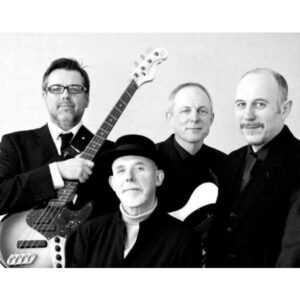 Most people, when asked to name their favourite keyboard wizard from the punk & new wave & post punk era will probably come up with Dave Greenfield from The Stranglers. He was OK. His massive, swelling organ dominated the band’s sound at times, perhaps to disguise what an average guitarist Hugh Cornwell was. And don’t even mention that boogie woogie obsessed fool from Squeeze ….

Dave Formula, to my mind, was the most accomplished, subtle, grooviest and coolest keyboardist from the era. From the classical inspired touches (Parade) to glacial, moody keys (Permafrost) to downright weird jazzy sections to squelchy funk. (Thank you..)  He could do it all and most importantly could mesh with and complement John McGeoch’s peerless guitar playing and Barry Adamson’s liquid bass.

Dave Formula is an avuncular looking dude nowadays.  Little white beard, twinkling eyes and a cool titfer. He looks like a Jazz Santa. He’s been around a long time. In the mid Sixties he was in a freakbeat band called St Louis Union. (see the video below) and as well as being a vital component of Magazine he also wrote and played in New Romantic posterboys Visage. He is an all-round keyboard wizard and unsung hero of Manchester music-makers.

Now in 2014 he’s back with an all instrumental psychedelic soul funk groove band, the Finks who actually are a re-branding of The Angel Brothers who he has been working and playing with for years.

They play funky musicianly instrumentals. A mod jazz band with a Booker T, Jimmy Smith kinda groove, (a northern variation perhaps on the James Taylor Quartet). Which on the face of it may seem strange for the man behind Steve Strange’s seminal work …. but then again, think back to the funk powered Thank You (Fallentinmebe micelfagain) the song Magazine covered on Correct Use Of Soap and the Hammond organ flourishes in many a Magazine tune. I was offered a chance to do an interview, but what do you ask a heroic figure like Dave, who just seems to want to make people dance and get into the groove of what he calls “a new take on the funk”. I’m sure he’d prefer to let the music do the talking, so check out the videos and grab a ticket for the upcoming gigs if you can.  As John Cooper Clarkesays; ” Da Finks?  Da Business!”.

Details of the Finks Live below, with the Brighton show being extra special as the support is  THE NEAR JAZZ EXPERIENCE  who are Terry Edwards, Simon Charterton and Mark Bedford (Gallon Drunk, the Higsons & Madness respectively) 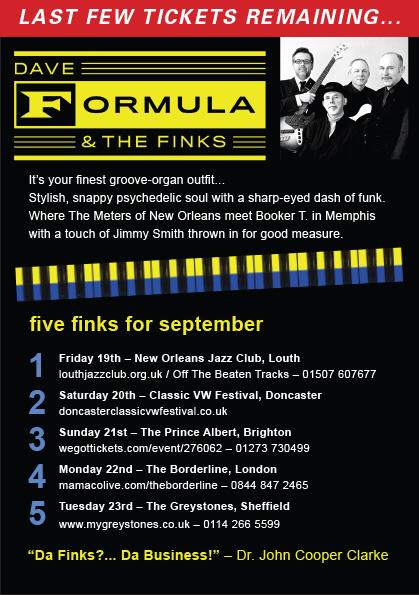