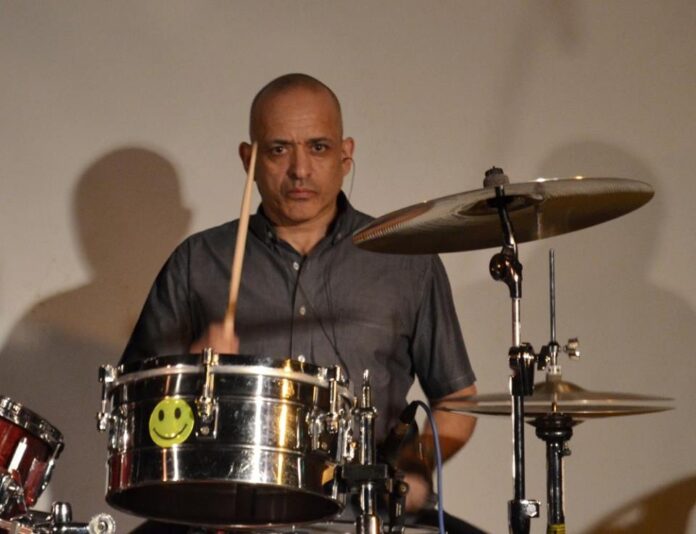 Dave Barbarossa is one of the great drummers.

His distinctive Burindi style was the key flavour to Bow Wow Wow and was just one of the many distinctive beats that he mastered. he also played on Dirk Wears White Sox- the classic Adam And The Ants debut.

This single showcases his brilliant ruling skills in a 21st century setting and is released by Arcade Pony and is out on download: Monday 17th November 2014

Arcade Pony has firmly established itself as one of the UK’s most thrilling bass-heavy labels; the home of exciting new discoveries where the genre rulebook is constantly rewritten, and bleeding-edge music from across the global spectrum is showcased. From the first release by label bosses Punx Soundcheck in 2008, Arcade Pony has picked up big-name dj support, enjoyed radio plays all over the world, but particularly on Radio 1), and had consistent excellent reviews in the dance music press. Passing 30 EP releases and already having two widely acclaimed compilation albums under their belt, Arcade Pony shows no sign of slackening the pace into 2014.

“Unique, stylish, ever innovative: Dave Barbarossa’s reputation precedes him.
Since first coming to prominence as the percussive bedrock upon which the original Adam And The Ants built their fearsome reputation as punk’s ultimate antiheroes, Dave’s never stood still, looked back or rested on his laurels.
Upon developing a characteristic Burundi-inspired tribal style, Dave emerged from the independent underground (The Ants’ landmark Dirk Wears White Sox album, Derek Jarman’s Jubilee) to full-blown international mainstream pop stardom with Bow Wow Wow.
Managed by Malcolm McLaren, styled by Vivienne Westwood, Bow Wow Wow rapidly graduated from sensational controversy (the piratical Cassette Pet of C30 C60 C90 Go, the Manet-parodying See Jungle… album sleeve) to a string of timeless hit singles (Chihuahua, Go Wild In The Country, I Want Candy) that came to define the early eighties.
Always setting, rather than following, fashion, Dave metamorphosed from post-punk hit-maker to dance innovator with such iconic acts as Beats International, Adamski and Republica, while simultaneously maintaining an enviable position as one of the music world’s most sought-after session players.
Invariably challenging convention, Dave’s latest musical adventure is the effervescent amalgam of audacious punk energy, primal percussive passion and cutting edge, head rush techno that is Cauldronated.
Once heard, never forgotten; peerless, inimitable. One of the most original, respected and influential drummers of his generation, Dave Barbarossa’s journey continues.”