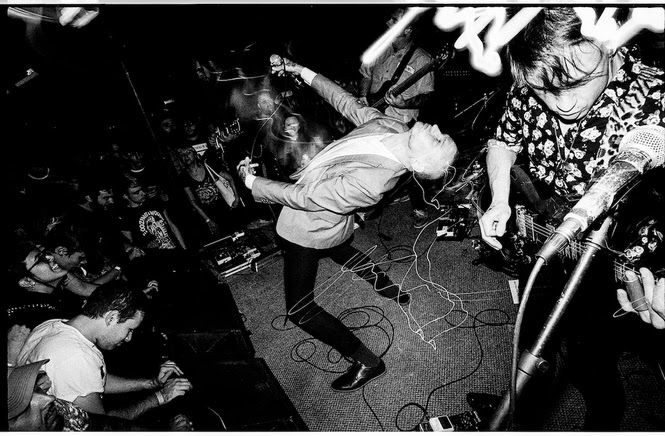 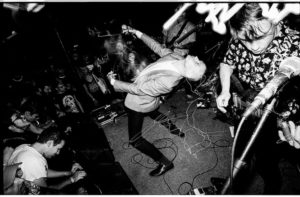 Daughters, the Rhode Island-based noise impresarios, have confirmed that their highly-anticipated and much speculated full-length album, You Won’t Get What You Want, shall arrive on October 26th via Ipecac Recordings.

“You Won’t Get What You Want is a decided effort to reference both my admiration for and my influence from, film composition and other minimalist music, along with a few moments of self-reference,” says guitar player Nick Sadler of the band’s eagerly-awaited album.

Along with news of the release, comes a second preview of music from the 10-song offering, with the song, “The Reason They Hate Me” being made available today.

“We find ourselves at another reveal. With “The Reason They Hate Me” we break from the narrative for a meditation on opinions and their assertion. For those insisting their critique is art: they’ve got a name for people like you.” explains singer Alexis Marshall.

Daughters previously shared the track “Satan In The Wait”, with both songs being offered as instant downloads with digital pre-orders. Pre-orders are available both digitally and physically (on CD and LP, including a London fog and clear smoke coloured vinyl).

Daughters embark on a limited U.S. tour this Autumn, kicking off the nine-city trek on Halloween in Richmond. Several of the dates have already sold out. Dates below, and hoping for European tour news to follow in the coming months…

Daughters is vocalist Alexis Marshall, guitar player Nick Sadler, drummer Jon Syverson and bass player Sam Walker. Following the release of their 2010 self-titled album, the band took an indefinite hiatus, returning in 2013 for a pair of sold out hometown shows in Providence, and a subsequent smattering of live dates in the intervening years, including joining Dillinger Escape Plan for their final live outings in December of 2017. Daughters have been hailed for their visceral performances, both live and on record, with Pitchfork describing them as “manic” and “pummeling” and Punk News pointing to their “frantic energy” and “spastic urgency.”